A Bluffer’s Guide To Drinking In The Eighteenth Century

September 2016 marks the 250th year since the cellars were dug at our shop in Ayr. Part of our celebrations include historical reconstructions and tastings. So here’s your guide to eighteenth century etiquette. 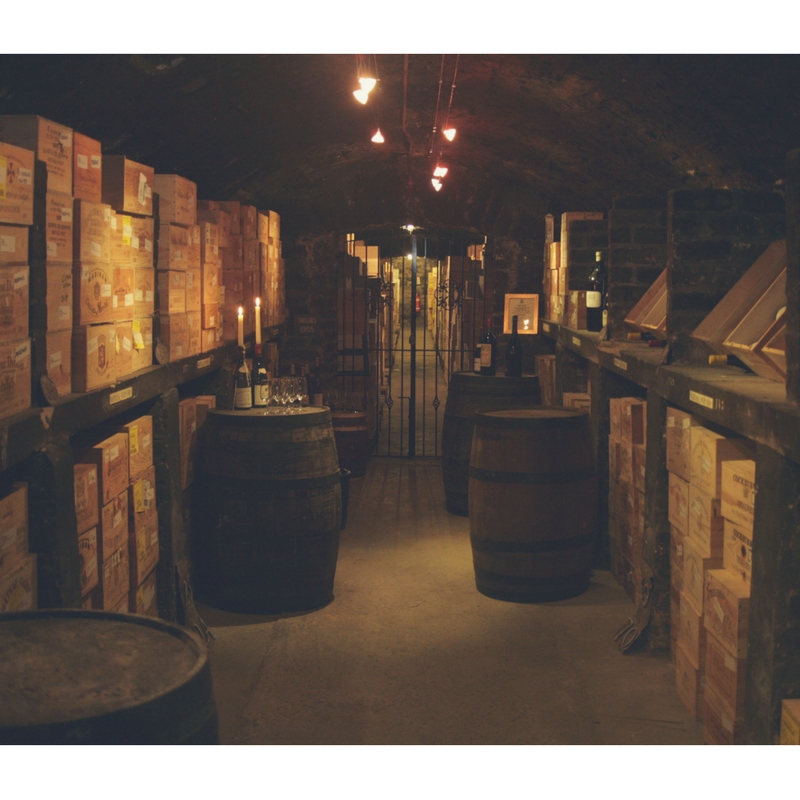 It was a turbulent time when the cellars were dug at 8 Acadamy Street. Secret societies with different allegiances to continental powers were rife across the country. In order to pass off as a true Jacobite you had to know the right way to drink.

“Slàinte an Rìgh, na Bàn-righinn, ‘s an teaghlaich rìoghail” – Health to The King, The Queen and the Royal household. A toast spoken by many in Scotland through the latter half of the 18th century.

Raising a glass of wine to the King was not a new phenomenon, however the way in which you did it said a lot about you and your allegiance. Before the 1745 Jacobite uprising, any sign of allegiance to the House of Stuart was repressed. Secret meetings were an ongoing affair in order to plot and plan the next stage of their movement. To be found out held dire consequences. Through this time, secret encrypted Jacobite symbols and mottos emerged, to reveal to those ‘in the know’, as to who was on their side. These were more often than not, engraved onto wine glasses as wine played such a huge part of this period. More importantly it gave a deeper meaning to the traditional toast and what it meant to the drinker.

The white rose used on its own symbolised the exiled King James. One bud symbolised Bonnie Prince Charlie and two symbolised Charlie and his brother Henry. The white rose also had connotations of strict legitimacy. Its adoption by James as his personal badge was very appropriate as rumours of illegitimacy had been spread by political enemies since his birth. 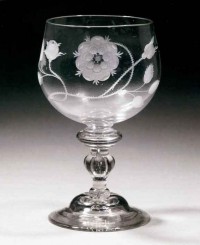 The thistle, wearing a crown, is an ancient Scottish badge that at this time represented the Stuarts’ claim to the Scottish throne. 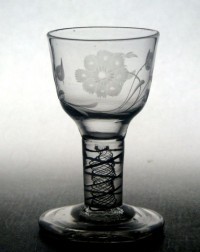 The Oak was an emblem of the Stuart restoration as Charles II had hidden in an oak tree during the English Civil War. The oak was used as a symbol of restoration and regeneration. Interestingly, medals that were engraved in the late 1600’s showed stumps or dead oaks next to a flourishing orange tree – perhaps a reference to the ancestry of the new ruler, George I? 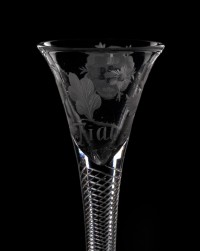 A detailed sunflower etched onto your wine glass was a sign of loyalty – A sunflower head will always follow the sun. 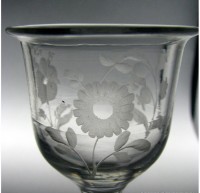 The star represented the uprising of the Stuart cause as well as perhaps, Prince Charles. The star would usually appear on the rear side of the glass with the oak or the thistle and Jacobites would often kiss it during the loyal toast.

Cryptic mottos accompanied the symbols etched on glasses, some of which are translated below:

Fiat –  May it come to pass

Redii  – I have returned

Slightly less cryptic were the songs that were sung through the years of the Jacobite uprising. Below being the chorus to ‘O’er the water tae Charlie’, no doubt sung after one or two glasses…