On Friday 6th March Peter Sisseck visited Corney & Barrow to showcase Psi and explain the concept behind the wine.

The world-famous Dominio de Pingus was founded in 1995 to high acclaim, yet Peter has remained refreshingly down to earth. His academic analysis of his own wines and his desire to constantly learn and improve is infectious. Peter is passionate about Ribeira del Duero and passionate about preserving its traditions and this passion was the inspiration for Psi.

Ribera del Duero is located south-east from Rioja, following the Duero river for about 120km. 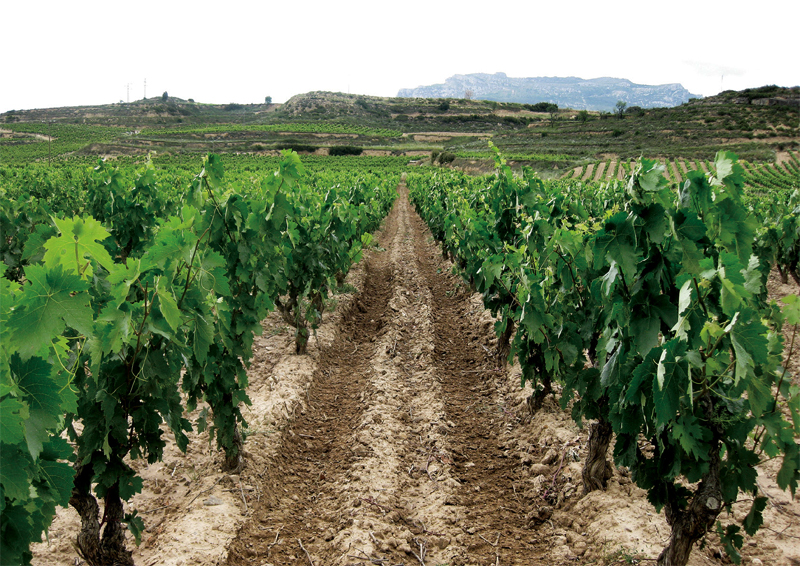 Like many quality producers, Peter is obsessive about old vines as reflected by the fact that Pingus is produced from two small plots with vines that are older than 65 years. Old vines naturally concentrate the fruit by naturally reducing yield; often by as much as 50%, which is the main reason for growers to replant the vineyards.

Peter’s desire to preserve Ribeira’s old vines is focused on the quality of the grapes produced, but also to retain the heritage of Ribeira and to preserve the knowledge of the oldest sites. Realising the importance of retaining the old vine vineyards in the area, Peter started working with a number of cooperatives (who he calls ‘guardians of the old vines’) to produce Psi.

To get an idea of the craziness and size of the project, for the 2014 vintage Peter had grapes from a 120ha of small plots looked after by 500 different growers. Reminiscent of Burgundian relationships, Peter has loose relationships with his growers without contracts. He actively encourages organic viticulture and is closely involved in the grape growing; he starts assessing their fruit in June after fruit set, again in July and makes firm commitments in late August. 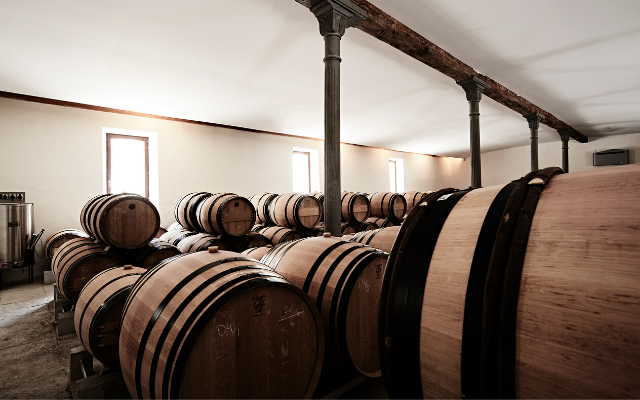 Peter loves new challenges and every year he looks to learn from his experiences and improve his wine. He started making the wine in 6 different wineries and is now looking at just using one dedicated winery.

Originally Psi was aged in cement tanks, but slowly Peter is introducing neutral barrels, which smooth out ‘the fierce character of Tempranillo, which sometimes can be difficult to handle’.

Since 2012, Peter has also slowly introduced some Grenache of which he says:

“I like it very much because it helps the Tempranillo – it softens it like a merlot with Cabernet – and is an important component to the blend and in the future we will have 10–15%”.

Peter only just managed to preserve the old vine Grenache vineyards by committing to long term fruit commitments and even buying some vineyards to prevent replanting. This is a project dedicated to making quality wine and preserving the traditions of the region, or in Peter’s words:

“It is about giving back to Ribeira for all that it has given to me”.

The 4th vintage of Psi and a great vintage in Spain with good ripeness and generous yields. There are lovely aromatics on the nose with floral and cherry notes and a pure cool fruit core and precision of tannins. 2010 Psi is drinking really well now, though there is no rush to open a bottle as it will keep. I love the linear black quality that seems so typical of this vintage across Europe.

Peter admitted that this is the first vintage where he felt that he truly understood where he was going with the project and simply stated ‘I am really proud of this’. Compared to the cool 2010, this has a warm sweet note with ripe red fruit character, more texture and lots of white spice. There is a broad ripe fruit flavour profile, but with a vibrant acidity giving a beautiful freshness . This is still quite tight and I would probably leave it in the cellar a little longer. Peter mentions he only did a few magnums in 2011… and as the labels for magnums are added by hand, his cellar team is rather grateful!

A cool vintage with Atlantic influences delaying the vintage. Until and including the 2011, Psi was made with a 100% Tempranillo. In 2012 there is 5% of Grenache (which increases to 10% in 2013 and 14% in 2014). It is the palest of the three wines, but has a rich nose and there is a completeness to the texture that affirms Peter’s decision to add the Grenache. There is a great persistence on the length and the chalky textured tannins frame the wine.

We asked Peter what his dream is for the future. His answer? To have a full soil survey of Ribeira (like Burgundy) to fully understand the terroir and its effect on the grapes.