Around the World with Corney & Barrow: Spain & Portugal

The wine culture of the Iberian Peninsula is truly ancient. Vines are most likely to have been introduced by the maritime Phoenicians, even before the Romans and the church but the latter two had a massive impact, in turn. In Rioja we have observed remains of extraordinarily ancient lagares hewn out of the rocks, from which wine would be collected in animal skins, a very dramatic reminder of times past.

In addition to their rich history, Spain and Portugal provide a whole gamut of wines from appetising sherry through to crisp dry whites, heady reds, warming ports, pudding wines and digestifs. Spanish wines are increasingly coming into their own and turning heads whilst Portugal, a country which has always been our ally, is beloved by the Press and by those of us eager to be excited by classical wines embellished by controlled embracing of modernity.

Here, we present the opportunity to dip your toe in the water and enjoy a food-friendly selection from our top producers.

Eduardo Gomez Palma comes from a family of winemakers from Jerez (Sherry), and had a passion for wine since early childhood. He later moved to Rioja, founding Bodegas Zugober with his wife Maribel in 1987. Belezos is the name the founders gave to the wines. It is an old Spanish term used in the past to describe the tools used for the harvest, the same tools that were found in the vineyards when the bodega was created.

Bodegas Zugober owns 20 hectares of vineyards. The majority (80%) is planted with the Tempranillo grape variety, the rest Viura, Graciano, Mazuelo and a small percentage of Petit Verdot and Garnacha. All the grapes are hand-picked and carefully selected. This white, 100% Viura is obviously rather rare. 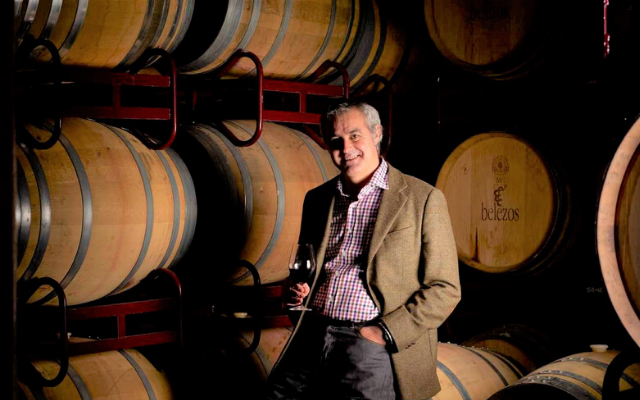 The vineyards range from 340m to 600m above sea level, which rather mitigates the temperatures in what is generally a rather warm region, making for a sense of elegance and finesse in all of the wines.

Location, location, location is so important in many walks of life but it is so true here. There is a long, warm ripening season certainly but that altitude makes for grace and freshness and the complex soil mix adds character. There is clay-limestone, known to create finesse and character allied to complementary ferrous clay, which contributes a certain opulence and depth.

Judicious exposure to French oak adds complexity and texture – but it is very controlled, fermentation in oak, then maturation for a minimum of three months in barrel, and six months bottle maturation – all to create rather indulgent harmony. It is so far removed from the oxidised white Rioja of old, showing exemplary freshness, balanced by creamy oak and nuanced vanilla.

As a boy of around 12, Peter Sisseck visited his uncle – as it happens a great friend of Corney & Barrow – Peter Vinding-Diers, who was then making wine in Bordeaux. Returning to school in Denmark, our Peter (nicknamed Pingus) had already, somewhat incongruously, resolved to become a winemaker.

The aspirations of youth are largely fleeting but Peter remained resolute. After stages in Bordeaux and California, he travelled home to study agriculture in Copenhagen, before returning to his uncle, from whom he amassed hugely useful vineyard and cellar experience.

In time, becoming a little restive, Peter sought to broaden his horizons and to learn more. Uncle Peter suggested his travelling to Spain to assess a project he knew about in the relatively unknown Ribera del Duero. Unbeknownst to anyone, the die was irreversibly cast.

In 1990, Peter was appointed technical director of what was then a rather chaotic association, a young Dane, unable to speak the language, schooled only in the traditional winemaking of Bordeaux. Fortunately he was perhaps shielded from the extent of the challenge by sheer naivety, borne of youth. 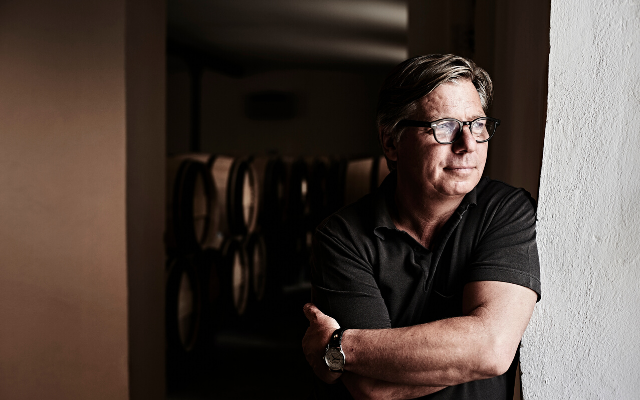 In fact, Peter was ideally placed to research the Ribera del Duero region. The arid, dramatic beauty of the hard and rugged landscape and the wonderful, indigenous old vines really captured his febrile imagination and earned his uncompromising respect. Peter developed an inner certainty that the area had the potential to produce exceptional wines, and what had been a tiny germ of an idea finally blossomed, bolstered by the discovery of some perfectly-sited old vineyards in La Horra.

The dream would become a reality in Pingus – the product of these ancient, gnarly, limited production vines. Famed for Pingus and its successor Flor de Pingus, Peter embarked on a philanthropic project, observing how vineyards of old vines were being pulled up for greater financial gain – thereby ripping out the soul of  true Ribera del Duero.

Psi was a very different, though complementary project from the outset – a very new idea.

For all his relaxed, convivial bonhomie and his passion for wine, Peter has a serious side. Over recent years, wine production in the Ribera del Duero has soared, although not always at the quality end of the spectrum. The region’s heritage of old vines is under threat, as they are seen simply to be an impediment to efficiency and growth. Peter has forged relationships with growers who might otherwise have been tempted by the promise of an easier life, offering them an alternative way of working. The threat to these old vineyards is very real.

Peter is conscious that these are proud people and that as a fair, blue-eyed Dane, he would be ill-advised to try and instruct them. He therefore began by working alongside the farmers in an advisory capacity, encouraging moves to organic viticulture, which he rewards by paying a premium. He pays three or four times the going average rate for his grapes – a powerful incentive.

Over the years these farmers have developed a deep trust and respect for Peter. Psi has become so much more than a wine: it is a philanthropic endeavour to preserve the traditions and way of life built up over decades and is a means to give something back to the region. The fact that the wine happens to be hugely characterful bears witness to Peter’s almost obsessive focus on quality and sustainability. Rich and slightly spiced, this is a fine complement to a great variety of dishes.

Paulo and Alice Tavares da Silva bought this historic Quinta in the Eighties, 45 hectares in Alenquer, north of Lisbon, which enjoys a maritime climate. The farm’s production was initially sold to cooperatives in the main but when their daughter Sandra, once a top model, proved to be a prodigiously talented winemaker, the family decided to take their own wines to the market and in 2000, Chocapalha was born.

Sandra believes in balancing traditionalism with modernity, producing wines with a lightness of touch and refreshing aromatics. This is a family-run estate, eco-friendly and beautifully sited. There is a large range of wines with both indigenous and imported varietals. Native Arinto, the grape variety here, is reminiscent of Chablis as a complement to fish and shellfish – very crisp and exceptionally mineral – all made in stainless steel to capture that particular character – precise, pure and focused. 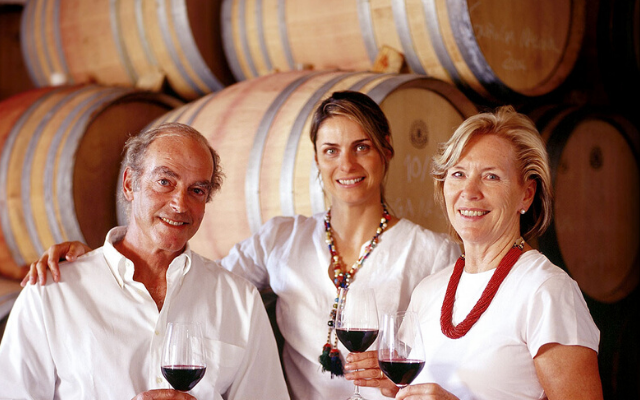 I am consistently teased about flying the flag for our oldest allies, our friends in Portugal. They ought not to need a flag-bearer as their wines speak for themselves but we all need a reminder from time to time of just how good these wines are.

Portugal produces a cornucopia of wines of every style. Here we showcase just two of the country’s producers – linked, as it happens. We are fortunate to represent Wine & Soul, in the Douro, with Sandra Tavares and her husband Jorge at the helm as well as Sandra’s family’s estate Chocapalha as mentioned above. Wine & Soul is rooted in the staggeringly beautiful Douro Valley in northern Portugal. 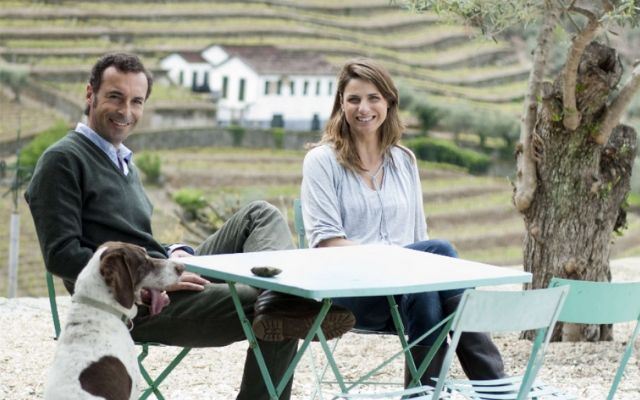 The Douro enjoys a long and varied history, dating back to the Romans. There have been seeds discovered aged between 3000 and 4000 years old – so clearly today’s growers have ancient foundations on which to build the reputation of their modern wines.

In 2001, the truly magnificent Douro Valley was deservedly made a Unesco World Heritage Site. Arrestingly dramatic, the region is almost impossibly difficult to work, with vertiginous slopes and hard schist soils. Planting, having been based on instinct, there is extraordinary diversity of grape varieties and a spellbinding, hugely complex array of high quality vines.

Respecting and harnessing this individuality has been key to the Douro’s renaissance. The best producers are inspired by the ingredients they nurture throughout the growing season and by the terroirs they aim to translate.

Wine & Soul was founded by Sandra and her husband Jorge in 2001 – both established and renowned winemakers. Pintas, their iconic wine, was launched in 2001 given their combined talent the wines, unsurprisingly, won accolades from the outset. 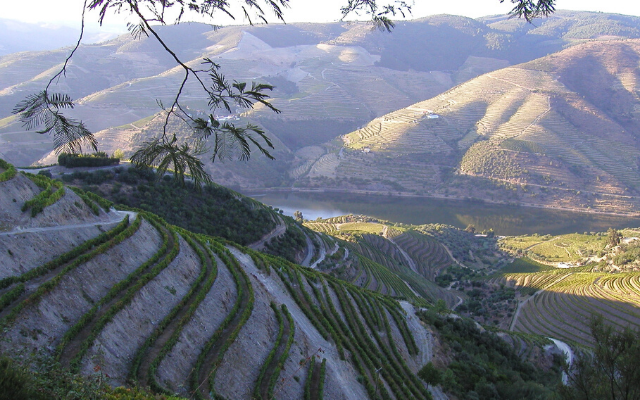 Known more for their red wines, as is the rest of the Douro, Sandra and Jorge have broken the mould with this astounding white, Guru, a field blend of Gouveio, Viosinho, Rabigato and Codéga do Larinho. Pronunciation and unfamiliarity ought not to muddy the waters in discovering this to be a staggeringly wonderful wine – world-class, by anyone’s standards.  Guru can match many a burgundy without flinching – a real treat.

A second wine from the estate, Quinta da Manoella, was established in 1838 by Jorge’s ancestors and has remained with the family for 5 generations. This is their entry level wine and unusually we are able to be precise about the blend.

It is 60% Touriga Nacional, 25% Touriga Francisca, 10% Tinta Roriz and 5% Touriga Franca – 36 year old vines. Deep plum ruby in colour, this presents blueberries and cherries on the nose, both fresh and slightly caramelized, red liquorice and floral notes – violet and rose. Rich and lithe this has an elegant sensuality about it which lifts the palate – a fine alternative to Pinot Noir, particularly with game birds.

Aged Tawny is such an accessible way to enjoy port, with or without food – with none of the fuss of decanting. Good, aged Tawnies tend to be made from very fine wines which, in declared years, would most likely have been designated as potential vintage port. It is a blend from different years so the ‘20’ on the label is an approximation, based on the expected style of the wine.

During its time in oak, the dark rich colours of the original wine mellow and fade to a deep garnet and with further time in cask would have taken on an amber hue – as can be observed at the rim of the glass.

This harmonious, nutty, hedonistic wine is a far cry from inexpensive tawnies which are essentially basic ruby ports either from lesser grapes or have had white port added. It is worth noting that our Tawny port is extremely versatile with food, complementing traditional hard and blue cheese, certainly, but also good as an aperitif, with dried ham or with desserts.

This is one of a very few wines that works well with chocolate, eggs and dairy – a blend of Touriga Nacional, Touriga Francia, Touriga Roriz and Barrocca. The wine is a rather beguiling tawny/amber in colour, with a complex nose of warming fruit, complemented by hints of orange, nuts and spice, all reflected on the palate. Serve slightly chilled, it is delightfully fresh. This tends to be the wine of choice in the heat of the Douro, vintage port being confined to cooler climes.