You will probably have heard the word ‘blend’ used in many contexts – from tea and coffee to perfume or spices. And of course, wine.

In fact, it’s more than likely that the wine in your glass right now, is the result of blending in some way, by which we mean, quite simply: the act of combining a number of different wines into a single one. While this may sound disappointingly banal, the reality is anything but! In skilled hands, a blended wine can be far greater than the sum of its parts.
Part science, part art, blending wine well is akin to alchemy.

Blending demands stamina, physically and mentally; an approach at once analytical and creative, scientific and sensual. And it also means channelling your inner Goldilocks… but we’ll come onto her in a minute. 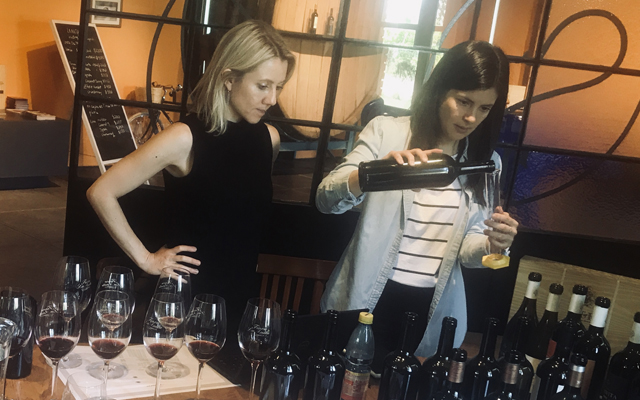 So how and why are wines blended? Well, this is a complex topic to cover in a single blog, given the considerable number of factors involved. But here is an introduction, which we hope will give you some insights into this fascinating process. 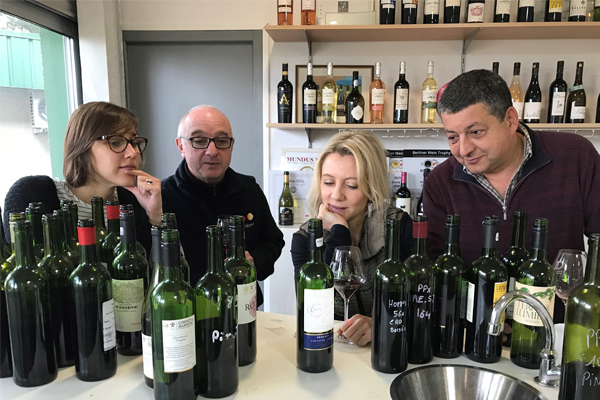 Often, wines are a blend of different grape varieties, combined deliberately for certain complementary features. The so-called ‘Bordeaux blend’ is a classic example. Bordeaux blends can be a subtle play of yin and yang, often with Merlot and Cabernet Sauvignon in the leading roles. Merlot’s rounded fruit can add appealing curve and flesh to firm mid-palate of Cabernet, whose upright tannic backbone rewards Merlot with its fine supporting frame. Furthermore, blending the two varieties dials up the aromas and flavours too, layering Cabernet’s signature blackcurrant and blackberries with Merlot’s plums and forest fruits, evolving into more complex combinations as they age together – cedar, tobacco, chocolate, coffee. Sometimes Cabernet Franc can play a major role also, offering myriad characters from bell peppers to spice to chocolate, while so often bringing a sense of freshness, a waft of textural silk. Not to forget Malbec or Petit Verdot, often in cameo roles to ‘season’ the blend, just as you might add a dash of salt and pepper to a sauce; a squeeze of lemon juice to brighten; a spoonful of demerara for mellowness. 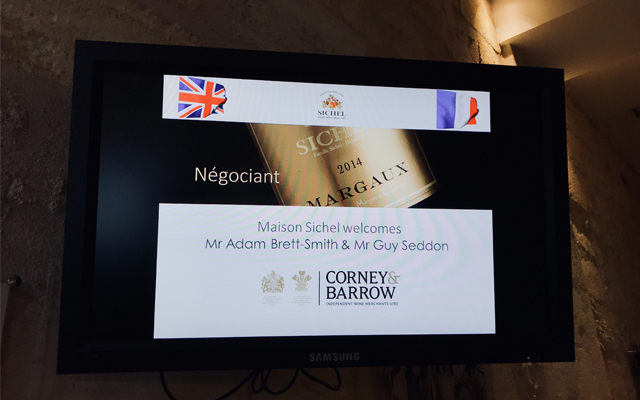 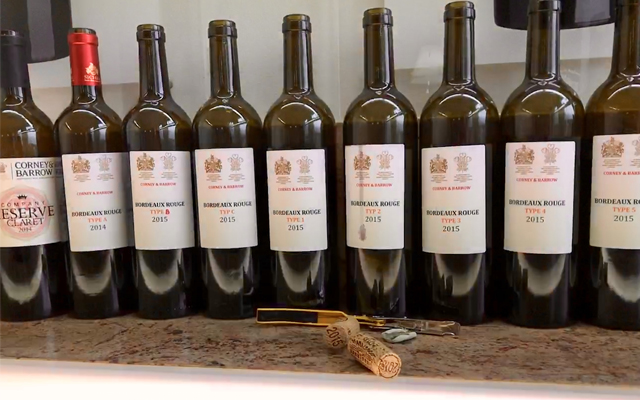 The interplay between these noble varietals is one of the driving considerations in the blending of our own-label Bordeaux – C&B Claret and Company Reserve. The aim is to champion the individual varieties but dovetail them in just proportion, such that the blend is greater than the sum of the parts – more delicious, complex and balanced than the wines would be, solo. 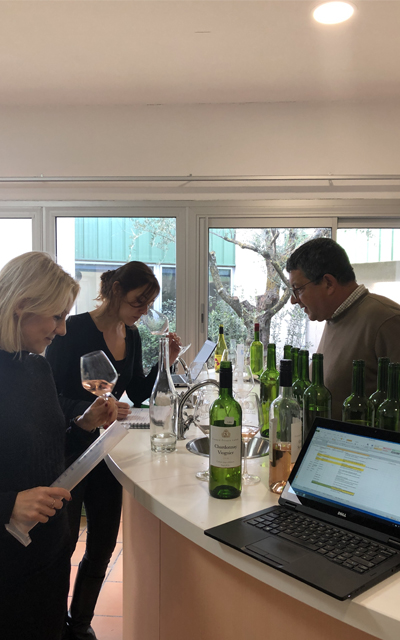 Now let’s take another scenario. Let’s say you’re sipping on a Chardonnay. It’s a single varietal, so it’s not a blend, right? Well, actually, it may well be a blend. The grapes used may come from different vineyards (or areas within a vineyard – known typically in the Old World as ‘parcels’, or in the New World as ‘blocks’), from different villages (or ‘appellations’ or ‘communes’ as they are often termed in France for example), or even from entirely different regions.  But with a clear purpose: to seek out certain aromatic, flavour or structural characteristics associated with specific sites, and to combine them to greater effect. 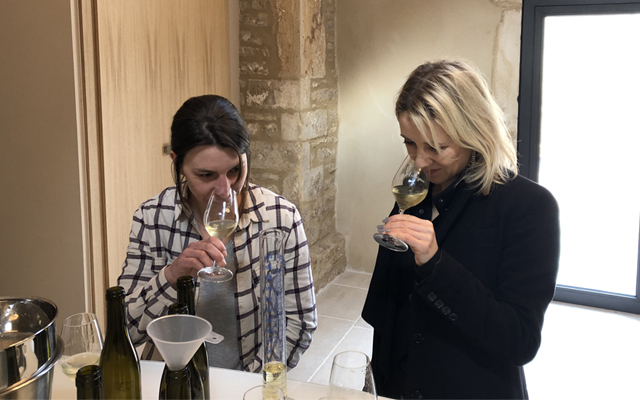 This is exactly how and why we blend our C&B White Burgundy, which brings together grapes from different ‘communes’ (villages) in the Mâconnais sub-region of southern Burgundy. Each ‘commune’ has distinctive qualities – a factor of particular soils perhaps, microclimate, or vineyard orientation for example: in short, ‘terroir’. The grapes grown in Milly-Lamartine are held to make fresh, mineral, upright wines; Vinzelles is prized for its haunting perfume and structural finesse; while wines from Chaintré, a village in the far south where the vineyards are a little warmer, are richer and more rounded, giving real depth to a blend. The challenge is to dovetail these qualities in such a way that they work together in harmony without one or the other being obtrusive. 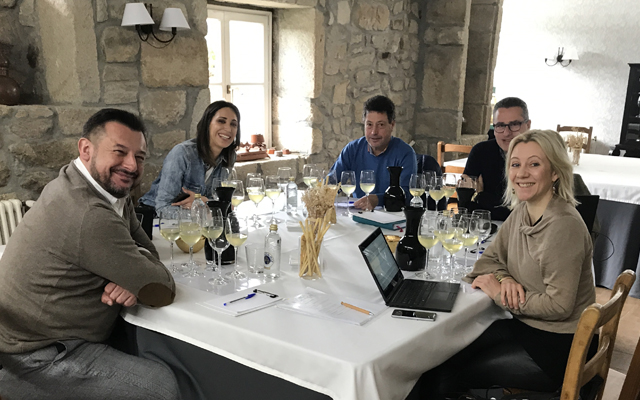 So how does all this work in practice?  Every year in the springtime, we whizz down to Maison Auvigue in the heart of Burgundy, to create our annual blend from grapes harvested in the previous Autumn. Normally, there will be three of us tasting: the winemaking team Céline Hirsch and Sylvain Brenas, and me, representing C&B; a neat triangle that is in itself vital to the process, leading to debate, disagreement, consensus. We will first taste through perhaps twenty or thirty different tanks and barrels of wine from the different communes, seeking certain qualities – aromas, flavours, texture, structure – narrowing down the selection to the wines that clearly manifest those vital characteristics.
Then begins the blending process. Equipped with an armoury of test tubes and pipettes and glasses of all shapes and sizes, we carefully mix the various wines in different proportions, tasting and recording our impressions as we go, comparing and contrasting the blends. We often start with the 70-30 ‘rule’ – 70% of one wine, 30% of another (somehow – and there is still no clear explanation for this – blending two wines in these proportions tends to provide a harmonious base).  Then we will flip the percentages in the opposite direction, and then repeat with other wines. We will examine all possible variables systematically, then add and subtract small amounts of other wines – 5% of this, 10% of that – until we feel we have found the ‘coeur de cuvée’; the heart of the blend: where somehow we feel we’re on the right track.
And then it’s a question of refinement: adding more of one wine, less of another, building the wine in multiple dimensions.  But sometimes we go too far, and the blend loses shape, topples over, slips away from our grasp. In that case, we have to start over and build it back up, painstakingly, millilitre by minuscule millilitre (and just try saying that after a day’s blending!), until somehow everything feels back in proportion, enough but not too much. That’s the Goldilocks moment, when everything feels ‘just right’. Who knew she would be such a demanding mentor? 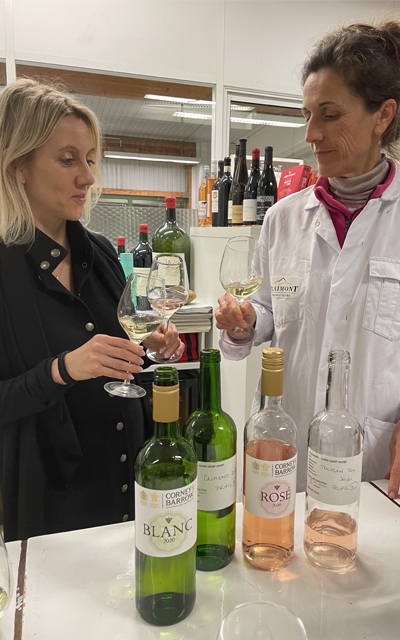 So, what else influences the final blend? How about the vessels the wine is made in? The material, size and shape of these containers play a huge role in the transformation of grapes into wine. From stainless steel tanks to concrete eggs, amphorae and ‘traditional’ wooden barrels – which might be made from French or American oak, but also acacia or cherry wood, with wildly varying effects. And how many times has that barrel been used?  A brand new barrel has a very different impact on the aroma, flavour and structure of a wine, than one that is five years old.  And a blend may be made entirely in oak barrels, or nothing at all, or somewhere in between, depending on the desired outcome.

The vintage also plays a significant role in the blending process. As a result of this, the recipe of a blend can vary significantly. This is because the conditions of the year can vastly affect the composition of the grapes themselves: their ripeness in terms of sugar content (and therefore potential alcohol) as well as ‘phenolics’ (skins, pips, stems); the levels of aromatic and flavour compounds; acidity! As the balance of these factors can vary so much from year to year, the impact on style and quality can be enormous. This is also why, for example, blending multiple vintages can be such a useful tool for wine producers seeking a consistent recipe – Champagne being the standout example.

These are just a few insights into the magical process of blending wine. There is so much more to discover so watch this space for future blogs.

All the wines in this introductory selection have been blended by us, in partnership with our producers in France and Spain and there are many more to discover on our website. We are proud of them, and hope you will enjoy them as much as we enjoyed creating them.