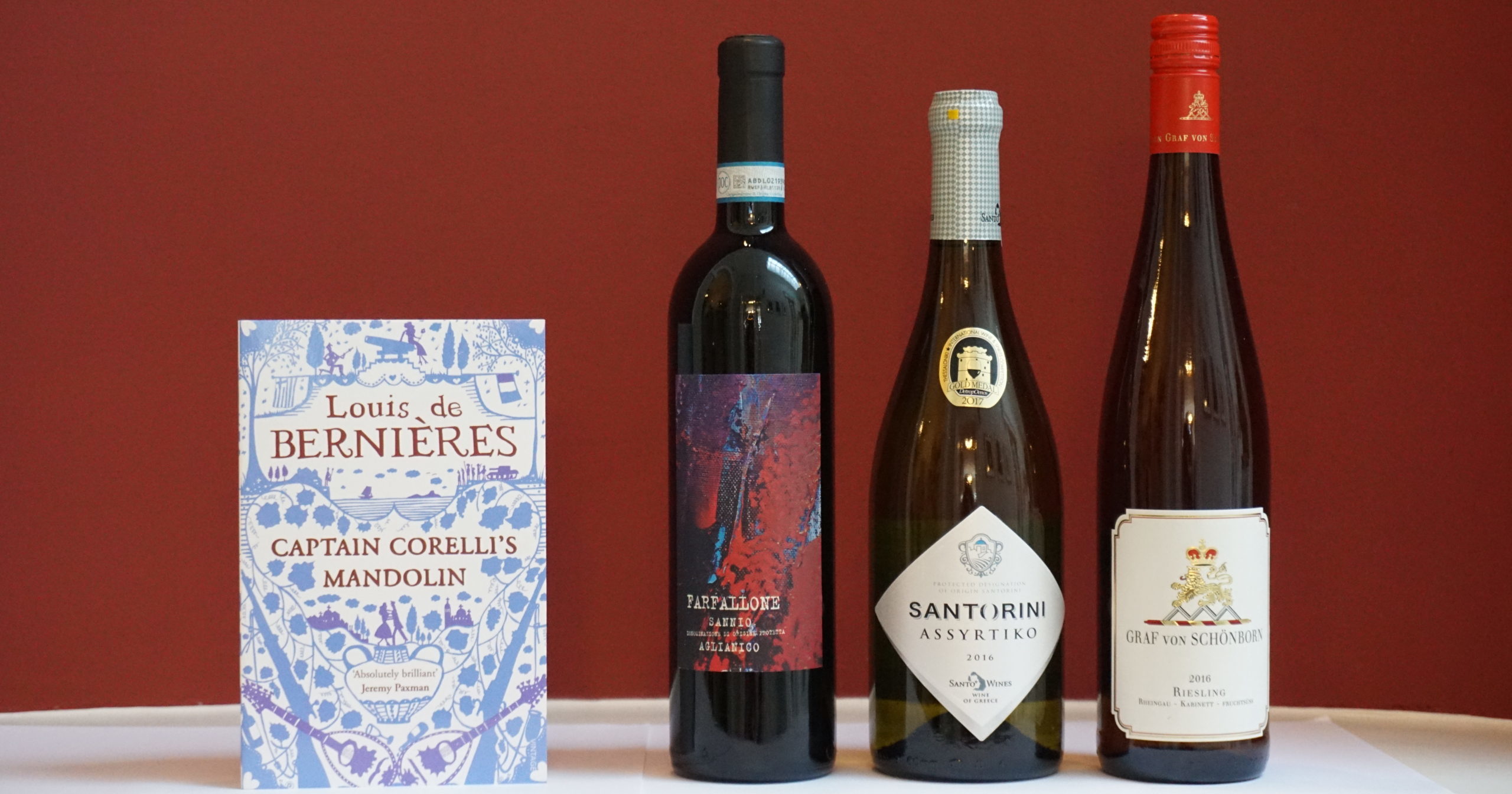 Captain Corelli’s Mandolin is the kind of book you find on a shelf in a holiday home, well-thumbed and swollen with seawater from trips to the beach. A sensational bestseller in 1994, it continues to charm readers, despite the terrible film starring Nicolas Cage. An instant classic, Louis De Berniere’s love-story is set on Cephalonia during the Second World War.

Corelli is part of the Italian invasion force. Billeted with Dr Iannis, the local doctor, he falls in love with his headstrong and beautiful daughter Pelagia. She is engaged to resistance fighter Mandras and swears to oppose the invaders but slowly falls in love with Corelli and his mandolin.  Although a love-story it uncovers a hidden history – after the fall of Mussolini, the German forces on Cephalonia turned on the Italians and ordered a mass execution. In this brutal moment our most beloved characters face their doom and one makes the ultimate sacrifice.  If it doesn’t make you cry you’re probably not human, certainly not humane.

“Love itself is what is left over when being ‘in love’ has burned away, and this is both an art and a fortunate accident,’ is one of the book’s most famous lines.  Its key message is: “We should care for each other more than we care for ideas, or else we will end up killing each other.” More relevant now than ever.

The islanders should have plenty of everything, but the war means they’re struggling, at one point even eating snails from their gardens. What wine there is, is the ‘rough red’, which anyone who has holidayed in Greece will remember. Reflecting the three main nations I considered Greece, Italy and Germany. Germans do not come out of this story well so I started there in the spirit of reconciliation with Erbacher Marcobrunn Riesling Kabinett Schloss Schonborn 2016. Kabinett, also known as Cabinet, still implies a superior wine, set aside for later. It’s essentially the German version of ‘Reserve’. Crucially, and legally, Kabinett must not be chaptalized – no sugar may be added.  Sugar is not for sweetening but for providing more sugar for yeast to ferment into alcohol. Not chaptalizing makes for a sparer, some say truer, wine. This Riesling is surprisingly tropical on the nose but packs the classic acid punch. It’s great but not the spirit of this story.

Grapes do grow on Cephalonia, most famously Robola, but it’s too one-note for a book with such conflicting feelings. Assyrtiko Santo 2016 from Santorini captures this complexity. It smells like cantaloupe melon ripening in the sun but then has a sea-mist freshness and maybe even some gunsmoke: love and war. But a Greek bottle, even one this fine, automatically demotes the importance of the other nations.

For me, this book is all about love—cherished family, the lovers we chase—especially those forbidden – and friendship. Love lost and love found. Farfallone Aglianico Sannio DOC 2016 is a really simple red. As straight-forward and good-humoured as the heroic Carlo it’s made from Campania’s signature grape: Aglianico. No country has more or more varied native grapes than Italy.  This woos with fresh-picked violets then seduces with sweet brambles rich with anise and vanilla. It’s as pure as the love Carlo feels for the doomed Francesco but speaks to all the love in the book. Truly, it is love at first taste and the perfect novel pairing.

Want more? Find all our Novel Pairings at www.abookandabottle.co.uk