Everyday Wine, Everything else, Partners

As Lent begins, a mysterious stranger and her daughter breeze into a dull French town bringing colour, spirit and ‘Chocolat’. Joanne Harris’s bitter-sweet novel is a tale of temptation and perfect for Easter. Helping me choose our #NovelPairings are Olivia Marsh from Corney & Barrow and Simon Heafield from Foyles.

The fictional town of Lansquenet-sous-Tannes has ‘two hundred souls at most’. Life changes little here until one Shrove Tuesday an unseasonably warm wind blows bringing with it the free-spirited Vianne and her curious daughter Anouk.

It’s the start of Lent but Vianne opens a chocolate shop, La Celeste Praline, by the Church pitching herself against the town’s tyrannical and conflicted priest Father Reynaud. “She’s literally the wind of change,” says Olivia from Corney & Barrow.  “As part of my degree I lived in a small French town and Chocolat evokes that parochial atmosphere perfectly, the good and bad.” 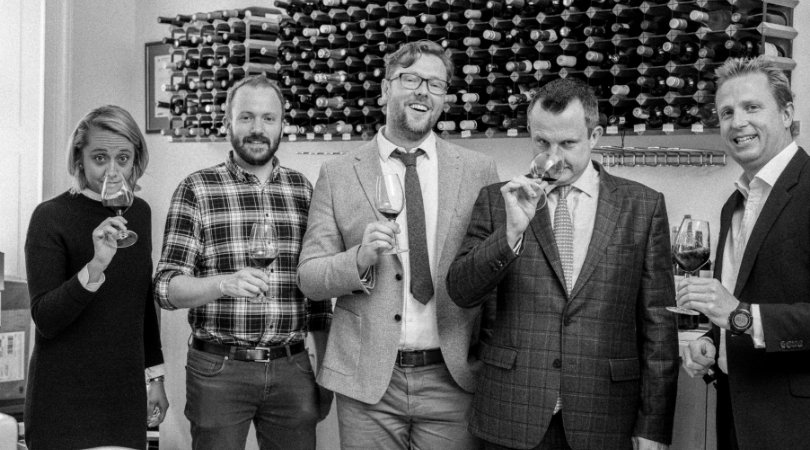 “It’s a classic idea,” says Simon from Foyles. “The outsider arriving and disrupting.  It’s  charming but suspenseful too, keeping you guessing.”

The film adaptation has its charms—namely Juliette Binoche and Judi Dench but by recasting Reynaud as an aristocrat it loses some fire and brimstone. “It’s good but the book is richer,” says Olivia. “I must confess I don’t actually like chocolate but it’s such a powerful symbol.”

Father Reynaud is appalled as his flock strays. He colludes in a campaign against Vianne: “Church not chocolate is the true meaning of Easter!”

Is Vianne a witch? Or is she merely, like so many women damned as witches, independent?  She certainly takes pleasure in awakening Lansquenet: “If ever a place were in need of a little magic.”  She intuits everyone’s favourite flavour and divines their secrets.

Reynaud is disgusted: “More than a suspicion of the boudoir about the place.” Vianne’s arrival brings old secrets bubbling up and everyone has something to hide, even Reynaud.  And everyone can be tempted.

“My first choice is made by Lisha Nelson, a brilliant South African winemaker,” says Olivia. “It’s Sauvignon Blanc Nelson Estate 2017. Because Chocolat is all about strong women and the wine industry needs more of them! This isn’t the classic stony French style or the grassy New Zealand profile.  It’s independent, like Vianne.”

There’s a real hit of pineapple and a whiff of almonds reflecting warmer climes. I love it.  “It’s not what you expect from Sauvignon Blanc at all,” says Simon, sipping again.

“Finally, because Lansquenet is near Bordeaux, Corney & Barrow Margaux 2014” says Olivia. It looks darker than it tastes with plenty of upfront summer fruit. “I think this is the wine Father Reynaud drinks on a Sunday,” says Simon.  “It’s very upright.”

Which to pick? The Sauvignon Blanc is very Vianne but the book is bigger than her.  The Margaux is classically French but it’s this correctness they’re all trying to escape. ‘Chocolat’ is sweet but not cloying and it’s got bite and a very clever structure just like the Muscat – a magical novel pairing.  As Vianne says: “Everyone needs a little luxury from time to time.”

Or find more Book and Bottle pairings at www.abookandabottle.co.uk 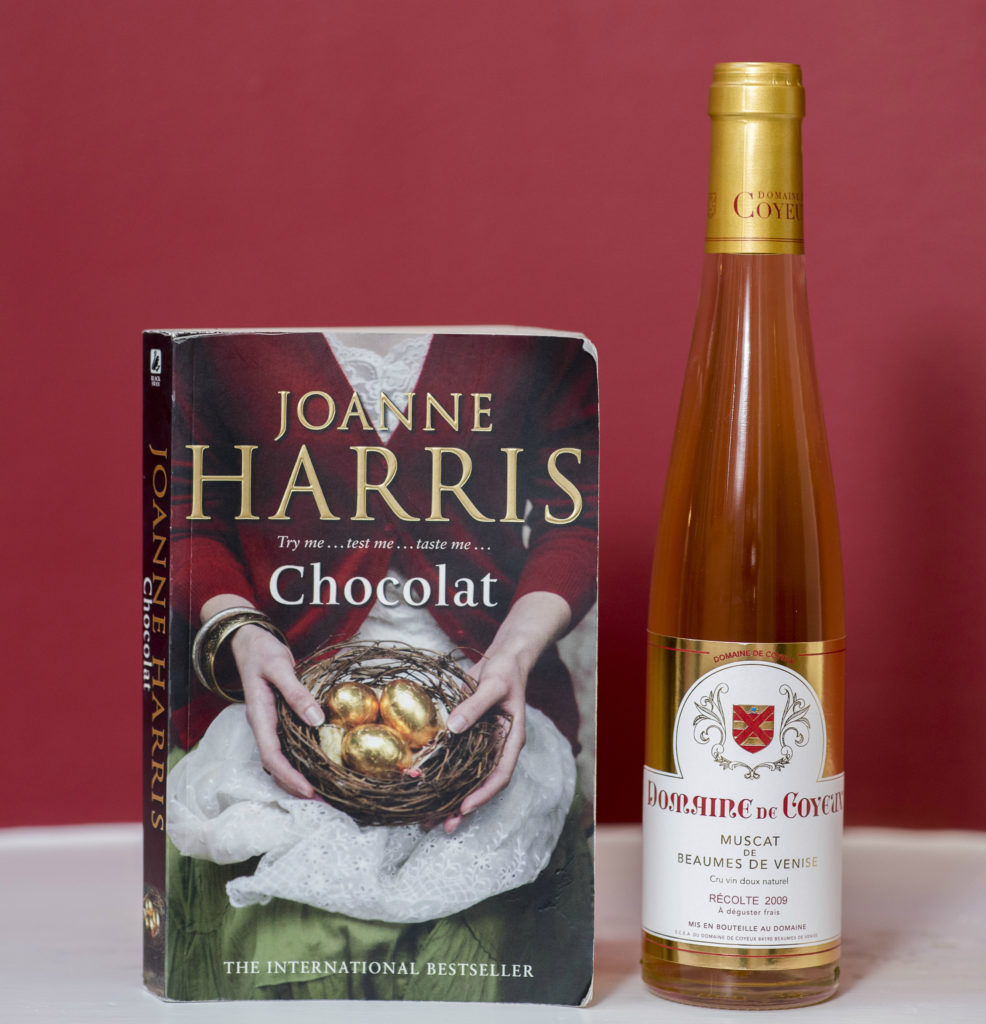