Everybody Needs Some C&B Own Label Wines

One of the questions I think I probably get asked the most is “why should I buy your house wines?”. Most of the time I have to stop myself before I say “Because they’re the best of course!!”, and that is mainly because that’s not what it is about. It’s about so much more.

The ethos behind the selection of wines, which has grown considerably since the company’s birth in 1780, has always been offering the best in class at affordable prices. These are the kinds of wines you’ll see constantly in the fridge at my house, or on the table at a typical family Sunday lunch but that doesn’t mean they’re nothing special.  It’s the people behind the label, the people and the stories that really make us at C&B proud of what we have produced and so keen to see the bottles on more tables around the world. 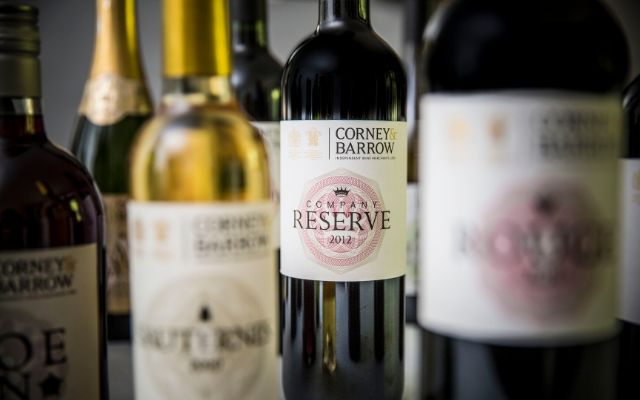 Take our Corney & Barrow Blanc for example: This wine is made for us by Producteurs Plaimont, an important relationship that goes back over 20 years.

Plaimont are a co-operative (a large group of grape growers who combine produce from their small holdings) based in the south west of France and the brainchild of André Dubosc. Mr Dubosc, along with other like-minded winemakers, sought to revitalise and promote the region and its wines. 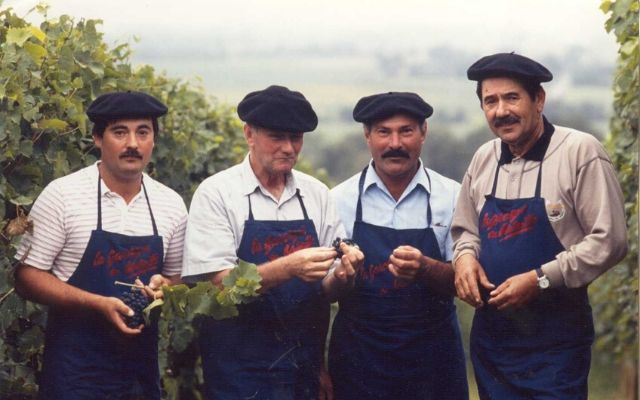 Today the region enjoys a reputation which far outweighs its size. One of the biggest employers in the area, the co-op now has 800 member families and produces a stunning range of wines with grapes indigenous to the region, things like Ugni Blanc, Colombard and Tannat.

Corney & Barrow Blanc is a 50/50 split of Ugni Blanc and Colombard and the result is a super fresh, zingy, citrusy wine that lends itself brilliantly to being drunk alone or with salads or fish dishes. 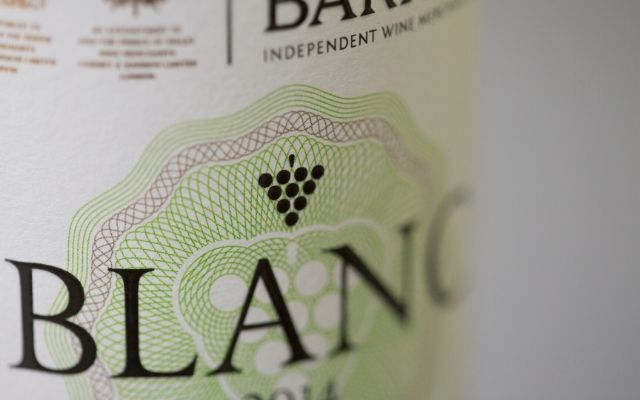 Another stalwart of the range is Corney & Barrow Claret. Spanning six generations and over 130 years of experience, this wine is made for us by Maison Sichel but only once our team has gone down to Bordeaux and created the blend.

It’s important for a merchant like us to have a good Claret, it’s probably the most benchmarked out of our entire range. But what does Claret really mean? Despite being a red wine from Bordeaux, the term Claret has really taken on an English personality.

The French-English wine trade relationship dates back to the 12th century and was really cemented by the marriage between Henry II and Eleanor of Aquitaine, enabling large amounts of wine to be shipped over to the UK. In those days the wines were lighter and not overly exciting, at least by today’s standards but Clarets available now to buy and drink are more robust and complex.

Our House Claret is no different, and the real beauty of it is the price. Where else could you buy a bottle of Bordeaux made by one of the finest property owners (Château Angludet & Château Palmer) in France at under 15 quid?

Whilst there is an argument for Claret having become irrelevant in the world of wine, I couldn’t disagree more. It’s not just the name that is important here, it’s the juice in the bottle (which is frankly delicious), and the knowledge that you’re getting reliability with each cork that’s pulled. 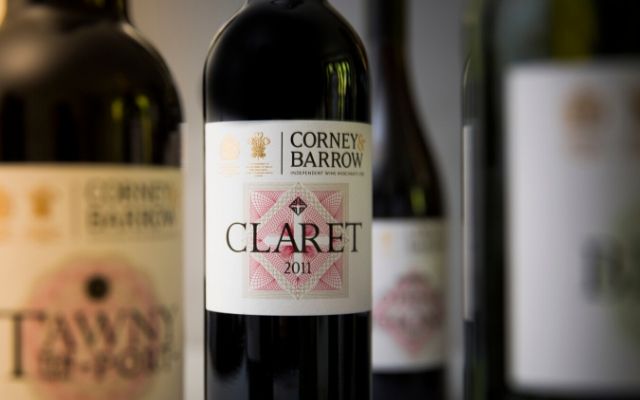 One of the newer members of the range is Corney & Barrow Rioja, produced by a small boutique winery, Bodegas Zugober, in the famed Alavesa sub region in Rioja. The name Zugober is an acronym and each letter corresponds to the surname of each of the family members that have, in one way or another helped create the bodega and its wines. This is just one benefit of a family run winery.

Eduardo Gomez comes from a winemaking family in Jerez, his wife Maribel studied viticulture in Bordeaux and now their sons Manuel and Kerman are following in their ancestor’s footsteps with plans to take over the business. 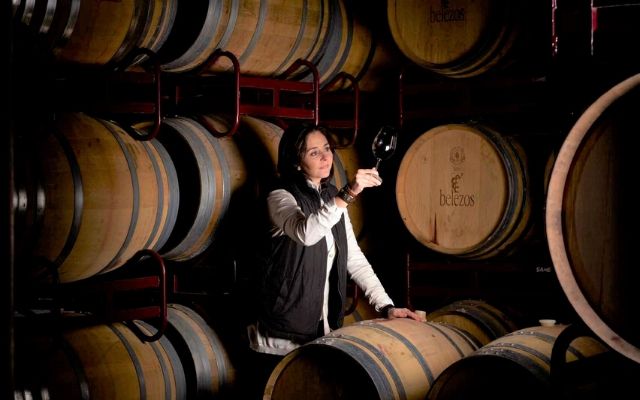 The Corney & Barrow Rioja is exactly what it claims to be. It’s classified as a Crianza, which means it undergoes extra ageing in the barrel and then the bottle, and makes it spicy, complex and rustic. Classic pairings are almost any type of lamb dish (e.g roast, shanks, and curry), most pork dishes (sausage and mash, chorizo) chilli con carne, roasted vegetables and hard cheeses – super tasty and super versatile! 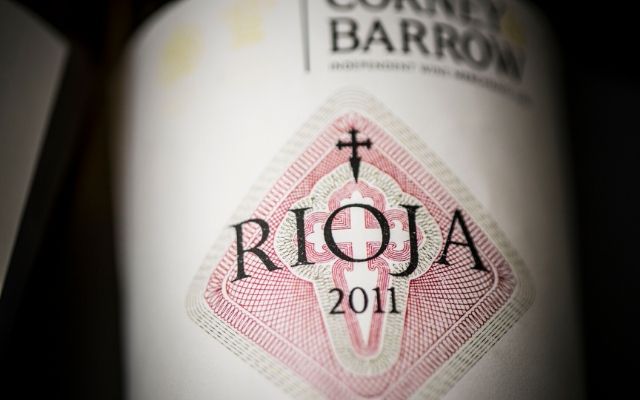 Along with this we recently launched Corney & Barrow Périgord. A classic Sauvignon-Sémillon blend from Bergerac, just inland from the classic and historic Bordeaux region. Similar to a white Bordeaux in style but just a fraction of the price, it’s made by Château Grinou, a family operation dedicated to creating and maintaining a diverse biological environment on their estate and creating the best quality wines as a result.

The Cuisset family here have produced a brilliant wine; versatile and fresh with delicious citrus notes. And to make it even better, it’s fully organic, and therefore part of the C&Bee initiative. We are proud to be a member of the Bumblee Conservation Trust, and as well as this, we are championing the importance of bees in our environment and particularly their pollinating skills in the vineyards. When pesticides are used in the vineyard, whilst they may be useful to kill of nasty pests, they also do a lot of damage to bees and often eliminate them too.

Our producers who avoid these techniques should, in our opinion, be(e) celebrated, and so in order to endorse them even more than we already do, we launched a C&Bee logo to go on the label of a number of our bee friendly wines. The Corney & Barrow Périgord was the first of these and we hope one of many. 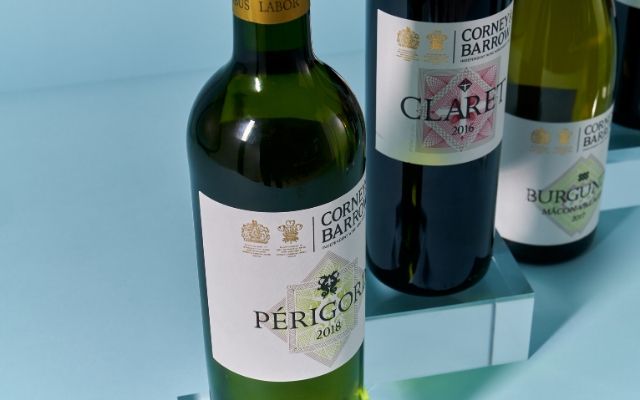 What you get every time you open a Corney & Barrow Own Label, is a guarantee. A guarantee that you’re going to get a really decent bottle of wine, with a fantastic story behind it. It’s not cheap and it’s not mass produced. It’s decades of relationships and experience that have combined to offer you, and running the risk of sounding like a stuck record here, the best possible product at the best possible price.

As you can see, our range is expanding with the times. We’re adapting with trends and drinking styles, thanks to feedback from producers and customers alike, and will continue to.

Our name and logo on the bottle is an endorsement, not just from us that we believe in the range, but from our producers we work with, that they are happy to have us representing them and their wines and that we can bring them to wine drinkers worldwide.