It’s the last Thursday in August, which means that International Cabernet Day is upon us!

Cabernet Sauvignon is the love-child of Cabernet Franc and Sauvignon Blanc, and can be found virtually everywhere you make wine. It loves long, warm summers (just like us!), and although it may not be the trendiest around, we think it deserves a proper thumbs up. 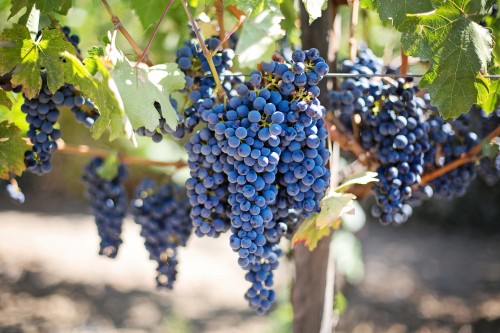 Here’s some of our top places to find Cabernet Sauvignon.

Argentina
You know why Malbec is so good? Sunshine. Up high in the Andes, temperatures are cool. Normally, Malbec and Carbernet Sauvignon would just hibernate but because the vineyards still get blazing sunshine, the grapes ripen. That’s why we talk about reds from Argentina being “expressive”. They get all the benefits of cool and warm climates at the same time. Argentinean Cabernet Sauvignon is utterly unique and completely sumptuous.

Bordeaux
The Medoc and Graves especially host a whole lot of gravel and so this part of Bordeaux has exactly the right combination of well-draining soils that Cabernet Sauvignon loves. And owing to its late ripening, it means that whatever the summer brings (and Bordeaux can have some real stinkers), as long as September is warm the wines will be beauts.

California
Is there any region more linked to crazily good Cabernet Sauvignon than California? It was the driving force behind the “cult of Cabernet” after all. Winemakers across the state created wines that were chock full of flavour and only available in miniscule quantities. Now though, it’s a little bit different. These kind of condensed, full on wines have fallen by the wayside for all of the most ardent collectors. It means wines like the Cakebread Cabernet Sauvignon have become the norm. Balance, purity and elegance get bandied round a lot. The opposite of what you may have thought Californian wine was about.

Australia
When we talk about Australian Cabernet Sauvignon, there’s one specific area that comes up time and time again. It’s a relatively small, cigar shaped area where the soil is as red as Mars. That area is Coonawarra. There’s something about the soil, called terra rossa, which Cabernet Sauvignon adores. Put a Coonawarra Cabernet Sauvignon in a line-up of other Cabernet Sauvignons from around the world and even a tee-totaller could tell the difference (and usually so can your wallet!). Or travel a short while up the road to Adelaide for a prime wine with a slightly friendlier price tag!