MOULIN À VENT
Exclusive to Corney & Barrow in the UK 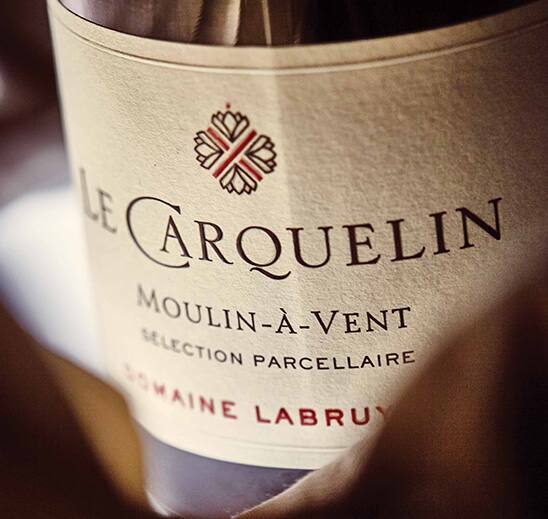 A mild and dry January was followed by an even milder February (3.2°C above normal), then a more normal March, with high rainfall during the first 10 days. Budbreak arrived a week ahead of 2019, on 30th March in the earliest sectors, putting 2020 in line with 2014 and 2017.

April was hot, especially the second part (2.1°C above normal) and dry. Only 8mm of rain fell between 11th March and 27th April. The first half of May saw 50% more rainfall than normal. The month finished warm (1.2°C above average) and dry.

Flowering began very early, on 19th-22nd  May in the earliest plots, amid a heat spike. Cooler and wetter days interrupted flowering, especially in the earlier sectors which were by then in the middle of flowering. This caused some millerandage (small, thick-skinned berries). Some damage was also inflicted by the wind at the beginning of flowering.

At this point, the only earlier recent vintages were 2007 and 2011. 2020 was equivalent to 1997. The first half of June was very cool (2.4°C below average) and wet (twice the usual rainfall). The last days of June were warmer and drier. From 24th June, maximum temperatures exceeded 30°C, causing some sunburn.

The first half of July saw roughly normal temperatures but was about 20% drier than normal. Véraison (colour change) began on 15th July. The final days of the month saw some rain and temperatures 2.8°C above normal. Some grapes were scorched by very high temperatures at month-end, close to 40°C on 31st July.

August started very hot: 2.5°C above average, with a peak at 36-37°C on 8-9th. This resulted in some shrinking of the grapes. It was largely dry, excepting some thunderstorms. Harvest began amid temperate conditions on 22nd August, ending on 1st  September.

THE WINESMORE ABOUT DOMAINE LABRUYÈRE

This comes from a variety of plots in and around Moulin-à-Vent, this is all about the upfront approachability and loveliness of the Gamay grape. Unmistakeably Gamay, this brims with joyful, pure red cherries. The palate is pliant, juicy and focused, revelling in bright strawberry and raspberry coulis. Vinified in 600 litre barrels.

A blend of four parcels in Moulin-à-Vent, planted with 50 year-old vines. The 2020 Coeur de Terroirs has an imposing, intense nose of bitter black cherry. The palate is cool-fruited and precise, with a supple cushioning to the mid-palate and a mineral richness speaking of its granite soils. The soils here are abundant in manganese and quartz. 5% whole bunch fermentation this year, with fermentation in concrete tanks. More than half the wine is then matured in 600 litre demi-muids.

Champ de Cour is a south-east facing site, planted with 50+ year-old vines on granite soils, with pebbles under thick, dense clay. Aromas of dried herbs and deft exotic spices. The palate’s cool raspberry fruit is underscored by dark, rocky minerality, with black pepper and a savoury, sous bois herbaceousness. Substantial, but rendered so elegantly. 80% of the wine was aged in 600 litre old oak demi-muids for 15 months.

Le Carquelin is a 1.75 hectare south-facing slope, with 50 year-old vines planted on friable granite. As winemaker Nadine Gublin says, this is “the heart of the best granite soils of Moulin-à-Vent”. Pure-fruited and darkly mineral, it has a slaty, rocky core and a dark-cherried aromatic lift. Svelte and polished, a delight. 100% destemmed, following which 80% is aged in oak barrels and 20% in 600L demi-muids, 5% of which are new. This was the first site to be picked, on 22nd August.

Le Clos, beside the iconic windmill, is the only monopole in Moulin-à-Vent. It is a 0.92 hectare south-facing walled vineyard, planted with 70+ year-old untrellised vines. Arid soils of hard granite and sand, very rocky and with no topsoil at all. Intense raspberry and cherry essence aromas, with a hint of liquorice. A majestic structure which will repay cellaring, with a juiciness and a lift to the bitter cherry fruit. The fermentations in 2020 finished in vat, which perhaps accounts for an uncommon detail and complexity this year. 100% destemmed, with ageing in 228L oak barrels, 10% new oak.