Domaine Justin Girardin is a 17 hectare estate, based in Santenay, with holdings stretching north to Pommard and Savigny.

We started working with Justin in the 2015 vintage, his inaugural solo year at the helm of this family domaine and the first vintage labelled under Justin’s own name.

The Girardin family traces its Burgundian roots back to 1570, with Justin Girardin being the 13th generation. Following studies in Beaune and Bordeaux, and a vintage in Tasmania, Justin returned to the domaine in 2010. He worked alongside his parents, Valérie and Jacques, who had bought the domaine from his uncle, Vincent Girardin, at the same time as Vincent shifted his focus to Meursault.

View the full 2017 Vintage in our Burgundy Brochure here 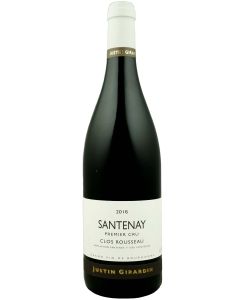 Santenay Clos Rousseau 1er Cru Domaine Justin Girardin 2016
Clos Rousseau 1er cru, specifically, has deep soils. The vines have taken advantage of that, their roots stretching down, benefiting from deeper strata. This results in greater gravitas, concentration and complexity, in the finished wine. Candied red berry and kirsch prevail on the nose. The palate is crunchily red fruited and almost shockingly pure on the entry, with sucrosity building on the mid-palate, through to a sweetly fruited finish. The tannins are chalky and substantial, without being overbearing. Good ageing potential here.
Read More 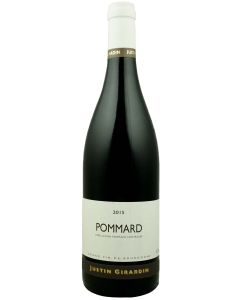 Burgundy’s wine industry complexity and tremendous diversity are the result of geological accident. Centuries ago, faulting tore the great valley apart, easing the passage of the nearby Saône River.
Read More >
Refine by: