Dispatched to Spain in 1990, to the then obscure area, Ribera del Duero, he began work on a short-term project which, subsequently, enjoyed much praise – Hacienda Monasterio. A victim of his own success, Peter found himself in total charge. Hacienda Monasterio established, Peter Sisseck started to get very twitchy. Instinct, born of his Bordeaux experience, called him to seek another challenge.

Although relatively unknown, as a region, Ribera del Duero has a long viticultural history and Peter believed that it had the potential to produce Spain’s finest wines. He sought out parcels of ancient vines, on perfectly exposed terroir, which he instinctively knew would produce something exciting, if in small quantities. The stage was set for the arrival of Pingus – a trailblazer which had the world at its feet from the outset.

To find out more about the latest release from Dominio de Pingus please read our brochure HERE. 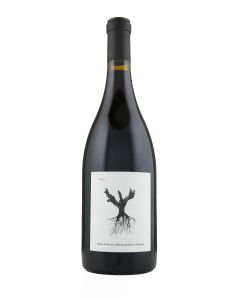 Psi Bodegas y Vinedos Alnardo 2017
Deep plum-velvet, with a tight, bright rim, this exudes fresh primary fruit on the nose, as vibrant as unfermented must with red fruits, cranberry and plum all vying for dominance - pretty and lifted. The palate continues this refrain with well-concentrated, generous fruit, floral notes and hints of both citrus and spice, all underscored by hot stone minerals and ripe tannins. This combines accessibility and generosity with defined grip throughout, on to a persistent finish – rather impressive.
Read More

Psi Peter Sisseck 2011 Magnum
With PSI , Peter Sisseck, of creator of Dominio de Pingus seeks to capture and protect the very essence of the Ribera del Duero, revisiting and reinventing tradition- resulting in a lovely, versatile red, with a sense of place
Read More 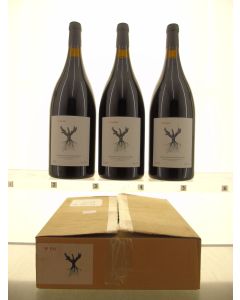 Psi Bodegas y Vinedos Alnardo 2013
Rather sumptuous at this embryonic phase, Peter and his team have achieved a lovely balance, drive and length for this PSI 2013
Read More

Psi Bodegas y Vinedos Alnardo 2013
Rather sumptuous at this embryonic phase, Peter and his team have achieved a lovely balance, drive and length for this PSI 2013
Read More