Dispatched to Spain in 1990, to the then obscure area, Ribera del Duero, he began work on a short-term project which, subsequently, enjoyed much praise – Hacienda Monasterio. A victim of his own success, Peter found himself in total charge. Hacienda Monasterio established, Peter Sisseck started to get very twitchy. Instinct, born of his Bordeaux experience, called him to seek another challenge.

Although relatively unknown, as a region, Ribera del Duero has a long viticultural history and Peter believed that it had the potential to produce Spain’s finest wines. He sought out parcels of ancient vines, on perfectly exposed terroir, which he instinctively knew would produce something exciting, if in small quantities. The stage was set for the arrival of Pingus – a trailblazer which had the world at its feet from the outset. 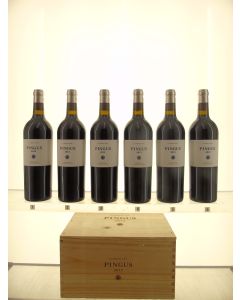