Peter Sisseck is experimental and innovative; a man who just never considers resting on his laurels. These sort of sentiments are often thrown around like confetti in the wine industry but in the case of Peter they are wholly accurate. A recent trip to Dominio de Pingus showed me first hand a producer and an estate that are constantly looking to evolve and improve. 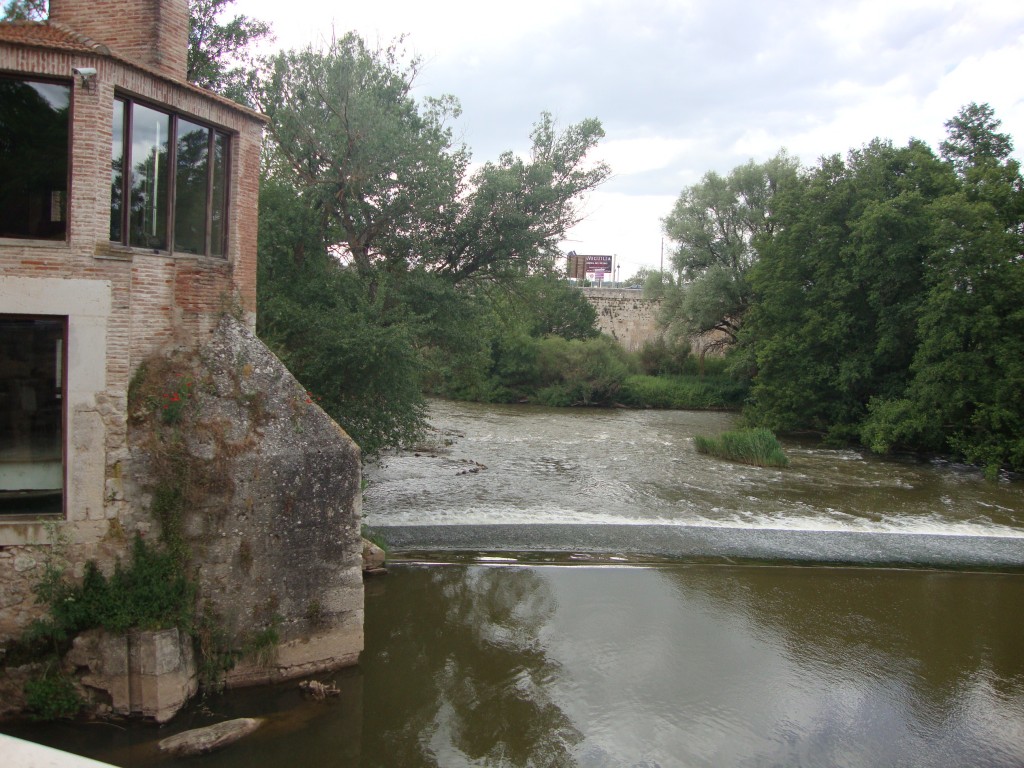 Arrival in Madrid was followed by a spritely drive north from the capital up into the heart of Ribera del Duero, and the small town of Quintanilla de Onesimo. Throughout the journey you couldn’t help but be struck by evidence of the serious economic crisis Spain has experienced over the last five or so years, with ruins and unfinished new builds dotting the eerily quiet towns and villages. After a few unscripted laps of Onesimo we eventually found the impressive Fuente de la Acena hotel, perched on the banks of the Duero river.

The Pingus winery was a five minute walk from the hotel and is the sort of the building you would easily walk past oblivious to what was going on inside. Through an unheralded simple wooden door you enter Peter’s world and are immediately hit by how concise and compact everything is – the main room holds the administrative hub as well as a tasting room, and from there leads on to a certified laboratory.  It is here where the Sisseck team experiment and test; from assessing the benefits and restrictions of specific yeasts to the next major undertaking; analysing aromas of premature oxidation. 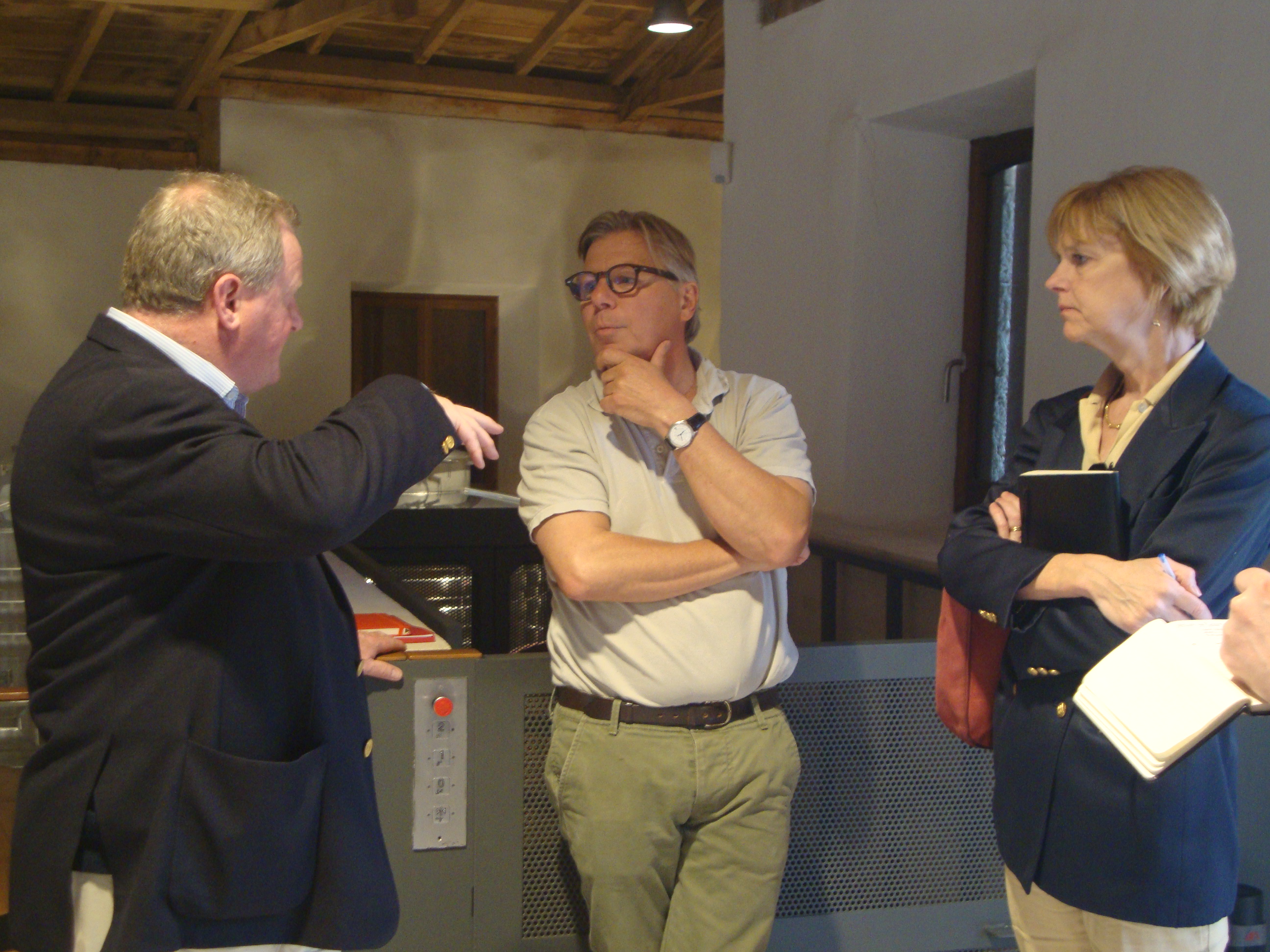 Once we got down to the winery itself Peter got into full flow discussing his beliefs and the recent changes he’s been implementing. Biodynamic practices have been used for Pingus since 2000 and Flor since 2005, but he doesn’t get on his soapbox about the subject. For him biodynamics aren’t necessary to produce good grapes (unlike organic methods), they just work for Pingus. The one standard year in year out is the importance and effort put into sorting, both in the vineyard and the winery. On the vine the idea is to leave one bunch rather than a cluster together, encouraging air movement and consistent ripening. These bunches are checked again at veraison followed by a final sorting by hand at the winery.

Outside this the emphasis is on adapting to the vintage and the variances that each throw up. The use of oak though is arguably where the biggest changes have been over the last ten years. Initially Peter was famous for using “200”% new oak, fermenting the wine in new barrels before decanting into another set for maturation. Times have changed though and the belief now is that Pingus is sophisticated enough not to need that help anymore.  The wine now uses seasoned barrels, and specifically those that have housed Flor for the first year. The second wine will continue to use new oak, enjoying the softening, rounding qualities that option gives.

This led us on to Psi, arguably Sisseck’s most exciting current project in Ribera. The team continue to work hard mapping and studying the region for new suitable vineyard plots, and from there building long-term relationships with the growers. The purpose of the project, alongside producing a more youthful, accessible wine, is to continue the long-lived traditions of Ribera viticulture. Peter advises but also offers a monetary incentive for growers to stick with the low yielding old bush vines. Recent changes in the winery have seen the addition of a small percentage of Garnacha to the blend, which has created a fruitier even more approachable style. This is a project to be heralded and one that the winemaker is in the infantile stages of looking to replicate in Rioja.

By now the pangs of hunger were becoming fairly acute, a feeling that was always likely to happen working on the Spanish meal clock. A fine meal at the impressive hotel restaurant was just what the doctor ordered, and sated by iberico ham and the local black pudding lasagne (not the lightest course I’ve ever eaten!) the day concluded in an extremely happy state. 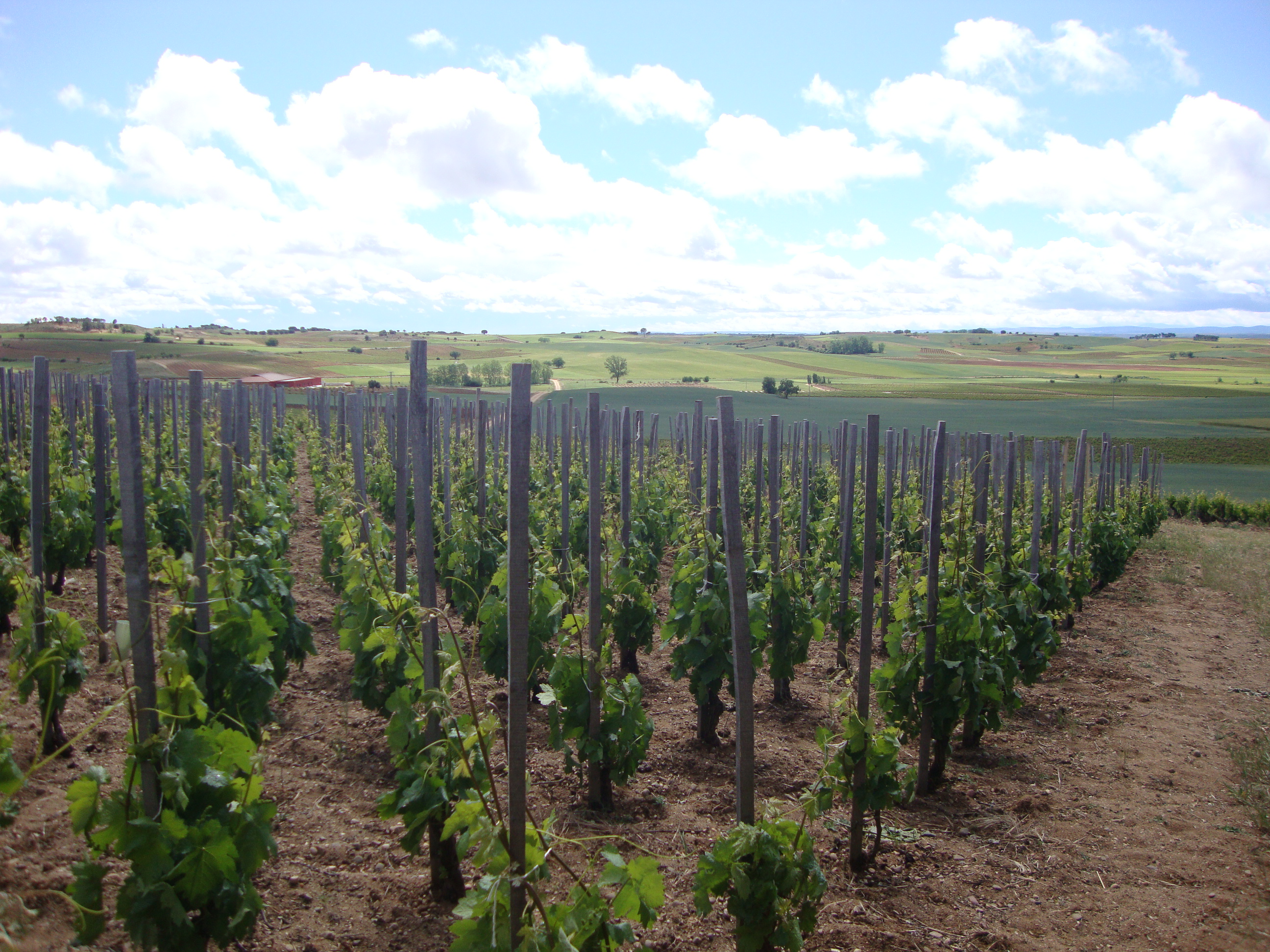 The following day revolved around the vineyards and a fantastic morning chewing the cud with Peter in his no-nonsense 4×4. We visited another of his mammoth projects, building a farm and home that in the long-term he hopes will be self-sustaining, before a wind-swept whirlwind tour of the vines. Sisseck is keen to plant more trees and it’s easy to see why; the vineyards are exposed and to my untrained eye a little bleak. That feeling probably wasn’t helped by the biting wind cutting across the landscape; I’m sure a warm July afternoon would have seen my mood markedly improve. Sisseck is always on the lookout for further plots to improve his holdings and that very day had seen a swap with the local church; one patch of vines for another. This is a place where you have to take advantage of any possibility, however small the potential benefits.

By then it was time for a highly condensed tapas lunch (more Iberico ham!) and a skin of the teeth dash to the airport. Peter Sisseck continues to impress and astound in equal measure. When talking about Pingus 2013 he remarked, “it’s taken us fifteen years to make this wine”, and I guarantee it won’t be the same in another fifteen. 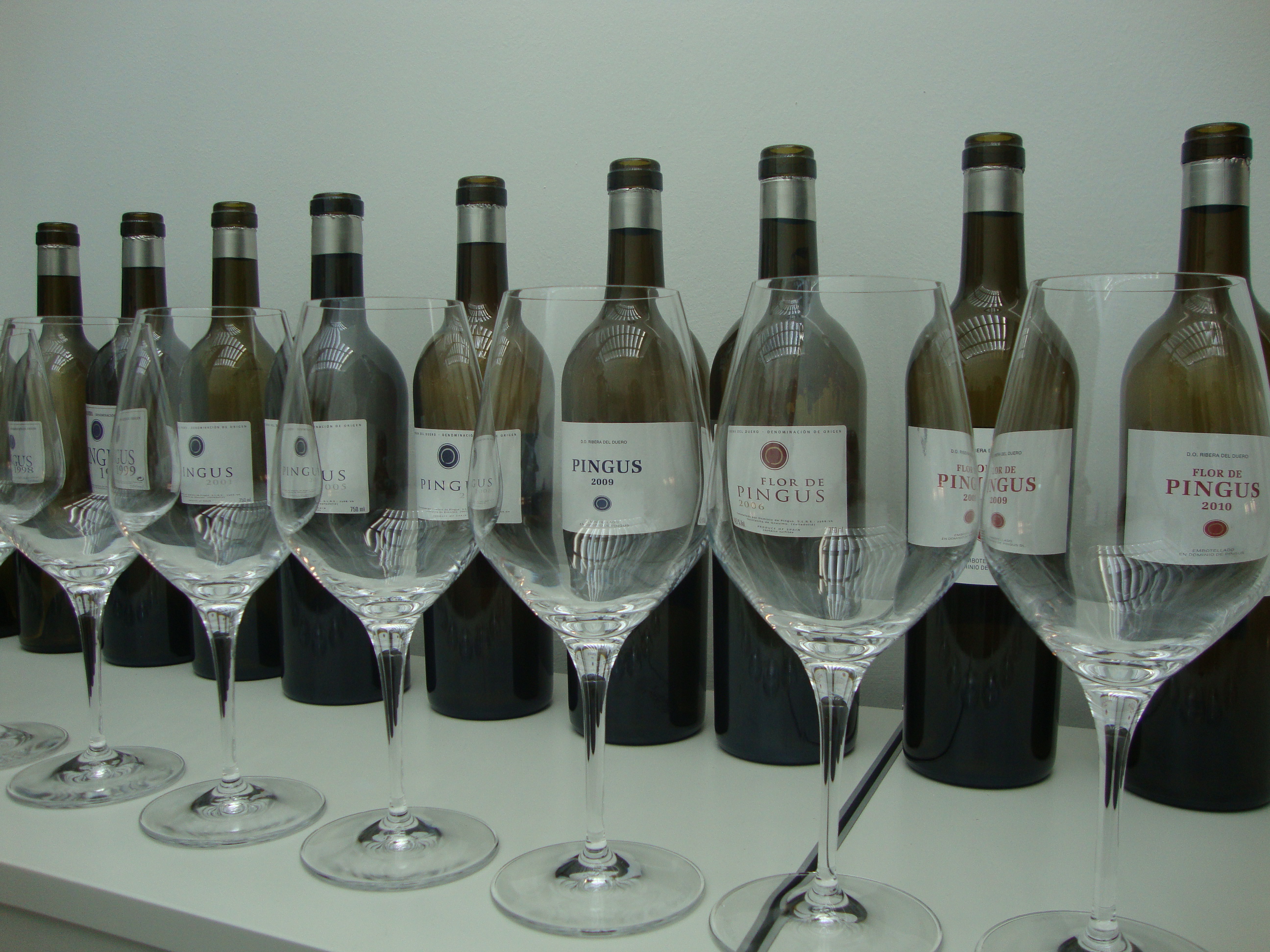 Pingus
Stunning purity with no rough edges. This is seamless winemaking. Showing great texture and depth, this is a beautifully refined wine that will develop immense complexity over time.

Flor de Pingus
Immediately more robust than Pingus with the new oak evident. Striking red fruits and an herbaceous character give way to a rounded palate and a bitter chocolate finish. Immediately gratifying but with plenty more to come.

Psi
The sign of a cooler more prolonged vintage was evident on the freshness of the nose. The inclusion of Garnacha (7%) in the blend is a master-stroke, adding a fleshiness and glorious drinkability to an already impressive wine. No cellar should be without a case or two.