Bordeaux finds itself in a dilemma. How to sell the 2019 vintage as the starting pistol is fired on what will likely prove to be the global recession of a lifetime?

The elephant in this particular room is that Bordeaux has failed to address the problems created by the pricing of the 2009s and, in particular, 2010s – brilliant vintages, but many of whose market prices remain underwater (or at least paddling furiously) nearly a decade later. The incentive to buy en primeur was largely taken away from consumers at this point and still proves frustratingly elusive.

Compounding the economic woes – both Covid-induced and endemic to Bordeaux – is the cancellation of the annual primeurs week for the first time since the Second World War. An early attempt at a unified response from the Place de Bordeaux has ended, not quite in discord, but in diverse approaches. Whilst it is now clear that we will have a 2019 Bordeaux campaign, there remains that small matter of allowing the wines to be tasted.

Lafite and Mouton are showing their 2019s at the Rothschilds’ Buckinghamshire estate. François Mitjavile couriered us samples and the wines are now available – see here. The Moueix family wines are waiting in the wings too… Ducru-Beaucaillou, never to be outdone, held an Unprecedented (the word of our times) Online Live Event, complete with a masked Bruno Borie on the invitation. Instragram shows cardboard boxes arriving at home offices. Samples are making their way out to the trade and press.

James Suckling’s report is out already, in which there is much enthusiasm (“outstanding quality” wines). As he says, “the market will indeed decide if now is the time to buy 2019 en primeur”. This, as always, is the point – will 2019 be priced to sell?

This could be an opportunity along the lines of the 2008 vintage. Released post-financial crisis in 2009, the 2008s, rated highly by Robert Parker, were offered at a big discount to the underwhelming 2007s (40-50% in some big-name cases), making it the last truly attractively priced en primeur vintage. If pricing were to be cut by those levels in 2019, it would rekindle interest in a campaign which has dwindled in importance over the past decade.

What a brilliant, recession-busting way to win back friends and engage with a younger generation lacking any awareness of Bordeaux. Dream on…? The problem is that classed growth chateaux, many of which are now part of larger corporate groups, either no longer need to sell a significant proportion of their crop upfront or, more likely, are unwilling to be seen to undervalue their wine versus that of the neighbours and, up until now, have had the negociants acting as their bankers.

Rather neatly, this week saw the release of Latour 2012, the first vintage to have been held back from general en primeur release. Hailed as the beginning of a sea-change in Bordeaux distribution, in the event no one followed Latour’s bold lead. The fact that seven years later, the primeur releases are still limping along suggests that a better way of getting wines to market has not yet been found.

However, the status quo is unsatisfactory. For several years, the campaign has fallen into two camps: wines released at compelling prices in tiny volumes (everyone wants them, no one can have them) and those in ample supply which, for the most part, are simply not priced attractively enough versus physically available back-vintages of similar quality. Why on earth should customers buy en primeur in these circumstances?

The low margins of the Place de Bordeaux distribution system of property-courtier-negociant-importer-consumer make this commercially unsustainable. To put it bluntly, the cost of tasting, offering and arranging logistics is only borderline viable when everyone is competing for a slice of the same pie. In the meantime, the margins of the chateaux have risen and risen in line with release prices, whilst the supply chain is squeezed. But most damning of all is that Bordeaux has lost sight of the benefit of en primeur to the consumer.

Our realistic hopes for 2019

If 2008 price cuts are a pipe dream this year, what can we reasonably hope for? Typically first out of the blocks, Margaux property Angludet was released at a 16% discount to last year’s euro price. A welcome statement of intent at the Cru Bourgeois level. Pontet Canet has followed up with a 30% price cut which, although positive at first glance, barely stacks up against the 2015 market price. As Édouard Labruyère of Pomerol’s Rouget told Will Hargrove in our video here, “Commercially, 2019 has to be re-born in Bordeaux.”

A straw poll of the C&B sales team suggests that 2014 price levels would see some interest, but a notch lower is needed to find real favour. Generally accepted to be a good-but-not-great vintage, 2014 followed the troubled 2013 and proved to be the start of an as-yet unbroken strong run of vintages. With 2019 looking like the sixth decent year on the trot, it really does need to find a way to stand out.

We love Bordeaux and of course we want the 2019 campaign to work. But there is a lack of expectancy out there – let’s say there have been ten good-to-great vintages since 2008 (allow a wine merchant to lay it on thick for a moment…) How can this be reconciled with the weariness (and wariness) with which customers have approached recent vintages? Bordeaux has never made better bottles but they are being sent out into a market which feels that it is being taken for a ride.

If the combination of a new generation growing up without the love of Bordeaux their parents had and a worldwide recession does not persuade Bordeaux to grasp this opportunity with both hands, then we may indeed witness the end of en primeur. And yet… its wines have never been better. We are a Bordeaux house and we really want our customers to fall in love with it again. The solution is really a very simple one – Bordeaux must make this campaign irresistible to the end consumer, rather than relying on the negociants to take up the slack. 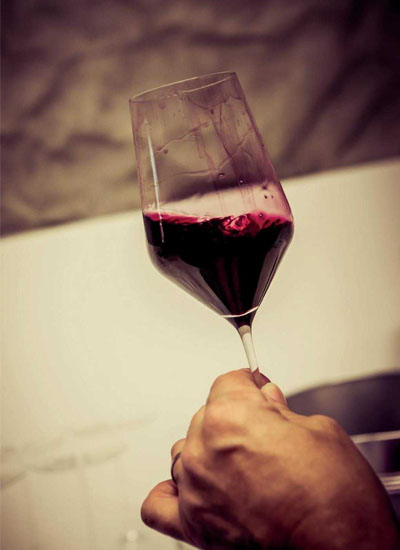 For our part, we are incredibly lucky to have direct relationships with low volume producers on the right bank, whose wines we will continue enthusiastically to offer. That aside, there is plenty of good wine still in the system (both in Bordeaux and the UK), including attractive back-vintages such as 2016, which may well turn out to be the star of recent years. A renewed focus on 2016 would not be the worst idea, in the absence of compelling 2019 releases.

Early signs are that the campaign will be somewhat chaotic. Even more reason to stick to our usual practice of only actively recommending those wines which we have tasted and formed our own opinion of.

We can of course attempt to source you particular wines should you wish but these will, sadly, not come with our usual guarantees until we have tasted. We take our responsibility to you more seriously than anything and feel this is the best way to discharge that very responsibility.

The 2019 pricing dilemma actually has nothing to do with the quality of the wine (which, as we say, has never been higher) and everything to do with the state of the market, at what will perhaps prove to be the most turbulent economic period of many of our lifetimes. In any case, what we have tasted so far is excellent.

January to March 2019 were mild and relatively dry, with a lot of sunshine in February and in March. Growth started in late March, a week earlier than in 2018.

April was a month of extremes. Low night-time temperatures put a brake on the rapid growth of March. A widespread frost at this point impacted yields to varying degrees. Spring appeared briefly in mid-April, before the weather turned rainy and cool at month end.

May 2019 was the fourth coldest of the past 30 years. Rainstorms finally gave way to summerlike weather in early June, but this proved short-lived, with cool, rainy conditions returning until 20th June. This period saw record daytime lows of 14°C and rainfall 37% above average.

Flowering started at the end of May for the Merlot, reaching its mid-point on 4th June. At that point the season was close to the 30 year average. Later ripening plots suffered from rain during flowering which lead to fears of coulure (shot berries) and millerandage (uneven fruit set).

From 23rd June, summer weather finally set in properly, with temperatures above 35°C on 26th and 27th June. Conditions were set for rapid vegetative growth. July was one of the three sunniest of the past 30 years with several days over 35°C and a maximum of 41.2°c on 23rd July (in Merignac). Thanks to the accumulated soil water reserves, the grapes developed rapidly.

“Confirming global warming trends, the summer was exceptionally sunny and warm, just missing the historic record for hours of sunshine set in 2018.”

July saw intense localised rainstorms. The northern Medoc recorded 40mm and Sauternes 100mm of rain. August was very sunny, with no hydric stress. Veraison (colour change) started early in the month in some plots, but did not arrive until the end of August for others.

A cool start to September was followed by a glorious period of hot weather with cool nights, setting up the lead-in to harvest nicely. Although the month also saw frequent rain, greater than in September 2014 and 2018, the consensus, echoed by Francois Mitjavile (see video here), seems to be that this was beneficial and brought freshness to a crop which had seen a lot of warmth during August.

“In Pomerol: The wines, of a deep purple hue, present an intense and complex nose of blue and black fruit. The palate is balanced, structured by polished tannins. Great persistence. The lots produced from pure gravel soils are of superior quality.

In Saint-Emilion: The wines are of a beautiful ruby red with violet hints. The nose offers an array of red and black fruit notes. On the palate, the wine is powerful and harmonious, the finish delicate, fresh and long. Overall, we can consider the vintage 2019 as of good to very good quality.”

“This year’s wine appears to be full of expression, supple, full of ripe and bright fruit, and in contrast to that from a year of great heat and concentration (think 2016). A very fine vintage, packed with personality and its own particular charm.”

“Characterised by freshness, elegance and power. The potential is there to join with great success the club of 2009, 2010 and 2018.”

“The 2019s are dense without being opulent. Lots of aromatic freshness without greenness, well balanced and with silky tannins. In the style of 2016 and 2018, but different.”

“Bordeaux 2019 is a very good to excellent vintage. It wasn’t straightforward, with heatwaves, drought and a rainy finish, but Bordeaux enjoyed a long, dry summer and harvest with just enough rain, and no disasters like the late spring frost of 2017 or the significant losses to mildew that some growers experienced in 2018.”

(Please see links to all of our Bordeaux 2019 interviews HERE).