THE DOMAINE’S ORIGINS IN BOUZERON 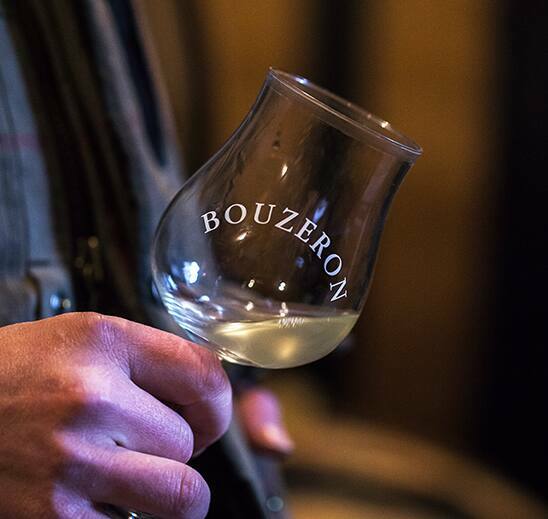 They had moved to Burgundy for Aubert to take up the position of co-director of Domaine de la Romanée-Conti in Vosne-Romanée.

Preferring to live outside the Côte de Nuits, Pamela and Aubert settled on the tranquil village of Bouzeron, in the picturesque, wooded Côte Chalonnaise. There are still fewer than 200 people living in the village, which lies immediately to the north of Rully.

Although Aubert was presumably kept busy in Vosne-Romanée, he found time to produce wine in Bouzeron too. Domaine de Villaine’s first vintage was 1973. Alongside the domaine’s Pinot Noir and Chardonnay, Aubert was particularly impressed by the quality of the Aligoté. Six years later, in 1979, the appellation Bourgogne Aligoté de Bouzeron was created (simplified to just Bouzeron in 1997).

Thanks to the focus of a core of quality producers such as Domaine de Villaine, the previously overlooked Aligoté grape is currently enjoying a well-deserved renaissance. Bouzeron has the distinction of being Burgundy’s sole Aligoté-only appellation.

THE DOMAINE EXPANDS TO RULLY

Domaine de Villaine’s links to Rully stretch back to 1991. That was the first vintage of Rully Les Saint Jacques, a much-loved Rully village, which we still offer as part of the C&B annual January Burgundy release.

However, the story of the Rully premiers crus starts 20 years later, in 2011, with the addition of Rully 1er Cru Grésigny.

The next acquisition, in 2015, was of plots in the Rully premiers crus Montpalais and Margotés. Domaine de Villaine’s first vintage from these plots was 2016. They added a total of 2.21 hectares to the domaine’s holdings.
The most recent acquisition was born out of an old friendship between Pierre de Benoist and the Bodard family, owners of Rully’s Domaine Saint-Michel since the 19th century. Pierre had in fact made the wines for them in 2004 and 2005, but it was not until 2017 that they offered him the chance to buy the estate.

As Pierre tells it, with typically understated excitement, the domaine’s premiers crus – Rabourcé, Raclot and Les Cloux – made it “difficult to refuse”. (The domaine buildings are also beautiful – the majestic vaulted cellars would be ideal for a dinner – watch this space…)
The purchase went through that same year, 2017. Having sold off some parcels of Pinot Noir and non-premier cru Chardonnay, Pierre began converting the remaining plots to organic and biodynamic viticulture swiftly thereafter.

The property was renamed Domaine de Villaine, adding a further 5.68 hectares and increasing the domaine’s holdings to 29.33 hectares. If you are perplexed, as I was, by the philosphical implications of two Domaine de Villaines, think of it as one entity, which just happens to have two sets of domaine buildings. Vinification and élevage of the Rullys will take place in Rully and the Aligoté (and the much-loved red Mercurey) in Bouzeron. Simple really.

Whilst Bouzeron and the Aligoté grape will continue to be fundamental to the domaine’s DNA, this represents an exciting shift in its centre of gravity towards Rully and top flight, terroir driven Chardonnay. 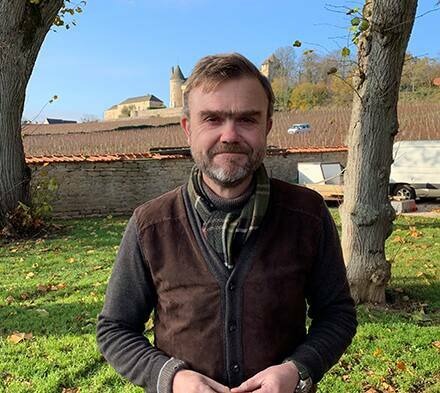 Aubert de Villaine’s nephew, Pierre de Benoist, is co-owner of Domaine de Villaine and has run it since 2000.

Pierre comes from a wine family – his father Philippe de Benoist owns Domaine du Nozay in Sancerre, which today is run by Pierre’s elder brother, Cyril. Rather than following in his brother’s footsteps however, Pierre chose to study law in Paris.

Pierre maintained an interest in wine during his student days, tasting widely and working for a Paris merchant in his spare time. When his uncle Aubert offered him the chance to manage Domaine de Villaine in 1998, despite the understandable initial reluctance of a young man in an exciting city, Pierre’s career path soon became clear.

In 2000, Pierre moved to Burgundy and took over the management of the domaine.

Rully’s warmer sites, such as Rabourcé, Cloux and Raclot, are in the north of the appellation. The lower elevation and greater protection from the wind are the main factors here. These are also the most steeply sloping sites.
To the south of the hamlet of Agneux is a second range of sloping hillsides, where Montpalais, Grésigny and Margotés are located.

The contiguous Grésigny and Margotés, which lie south west of Montpalais, are the most frost-prone of the sites, meaning Pierre ploughs the soil here deeply and prunes very late, so as not to disturb the sap.
The domaine’s Rully holdings cover a total area of 36 hectares (ha), of which 30ha are cultivated directly by the domaine and 6ha are leased to another grower.