Everything else, Our Friends

To mark International Women’s Day, we invited Melanie Jappy to share her experience in the wine industry and what she will be drinking on Monday 8th March!

Q: Tell us about you and your current role?

I am Melanie Jappy, TV Producer turned wine-fettler…by that I mean I still view myself as a TV producer whose life has been hijacked by fermented grapes. I am the CEO of TWS Creative, Executive Producer of The Wine Show which broadcasts on TV in over 100 countries worldwide. I am also a director of The Talent Bank, a new digital content hub and management business.

Q: How did you end up working within the industry?

I had a phone call one day from Russ Lindsay and Ross Westgate. They’d set up a new production studio to fund content areas on which people had real passion. They’d started with classic cars, moved on to art and now they wanted to make a series on wine.

I listened to them thinking they must need their heads examined: television about wine is notoriously difficult for one simple reason – a good glass of wine looks exactly the same as a bad glass of wine. But they had the money, I needed a job, they told me I would be my own boss and I had the glimmer of a thought about how I could make it work. And wouldn’t you know, with a great team behind me, I think we did. 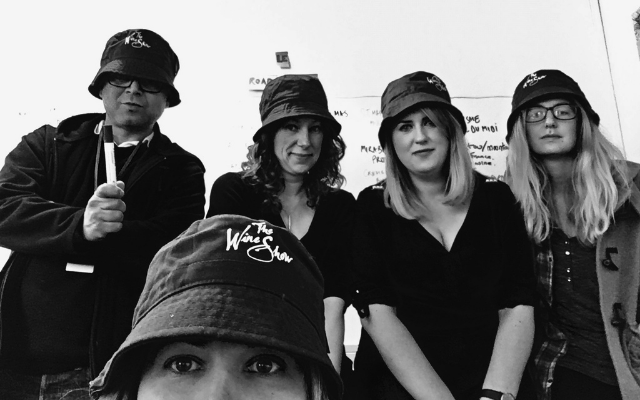 Q: Tell us about your experiences as a woman working in the industry.

As I say above, I don’t really view myself as working in the wine industry. I’m a television producer. So I can really only talk from that perspective with any real degree of insight. Looking back over 3 decades (I got my first job in TV in 1992) things have changed massively, and definitely for the better.

I can recount many, many experiences of indirect and direct discrimination for sure. And I’ve pushed back (sometimes physically) on many occasions. Even now, I am the only woman on the board of our business. Something I do like to point out regularly.

I really enjoy working with women in front of and especially behind the camera. My production team is largely female. But there’s still a real shortage of women in the role of director and key front-of-camera talent. I think our general competence sometimes works against us. Over and over again I’ve seen men promoted just because they don’t have the support skills so many women do. (He can’t run a diary, he doesn’t know excel, he can’t schedule a shoot so I know, let’s just let him direct).

Women still consider what they can’t do on a job spec and count themselves out, whereas men will look at what they can do and count themselves in. Women in front of the camera are self-conscious in ways that men tend not to be, which can come through on camera. It’s not a skill that can be easily taught sadly. I think it’s because women are often victims of conditioning that says we must be liked. It’s not something men are burdened with in the same way. I still want to be liked of course. But as I get older I care less if I am or not. It’s quite liberating. But more importantly, when I mentor younger women I constantly point out they will only grow if they push themselves to do what they’re not sure they can. Fake it until you make it basically. 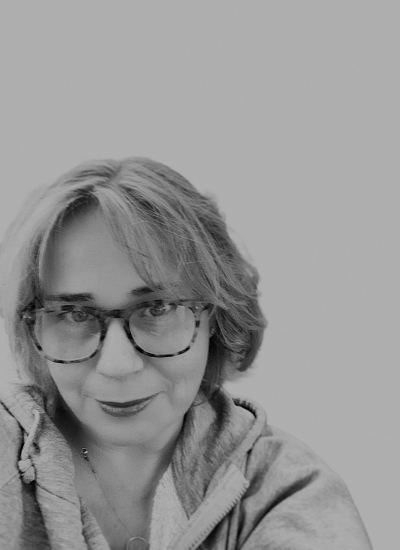 Q: Who has inspired you or has there been a particular experience that has impacted on your journey?

I’ve worked for some amazing women in the media. Jane Root when she was controller of BBC2 was a real inspiration, as was Jay Hunt the controller of BBC1 and Charlotte Reid my exec when I worked with Raymond Blanc.

But there has also been some incredible men without whom I’d never have got to where I am. I owe my whole career to my first boss, Richard Bryan, who bravely gave me a job as a production co-ordinator on MasterChef when I was really a solicitor with a passion for cooking.

Thereafter, John Purdie inspired me creatively and taught me about the value of ‘story’ and journalistic integrity. But I learn huge amounts from those younger than me too – my three colleagues Charlotte Wilde, Ruth Spivey and Elena Parry are a constant source of inspiration. Working with actors has given me great insight as well. I’ve really loved working with our presenting team on TWS. And I also have to mention Joe Fattorini, who completely understood how I wanted to make The Wine Show and who can bring wine to life in a way I didn’t know was possible.

Q: What advice would you offer women looking for a career within the wine industry?

Not sure I’m particularly well placed to advise on that but what I would say is that don’t ever underestimate the value of really hard work. That’s really what it takes. So often I see people (certainly not just women) looking outwards to blame others for what they are not getting. When in reality, they’re just not getting what they want when they want it.

Having an Instagram account with lots of followers doesn’t make you an expert in anything. Real success truly does come from putting in the hours and being acknowledged by your peers as possessing expertise. Whether that is finding your own specialty and grafting until you are the acknowledged expert, or turning up early and staying late to show that you really have the hunger for whatever area you want to excel in. If you really want to succeed, it’s a grinding mix of persistence, resilience and, I’m afraid to say, luck. 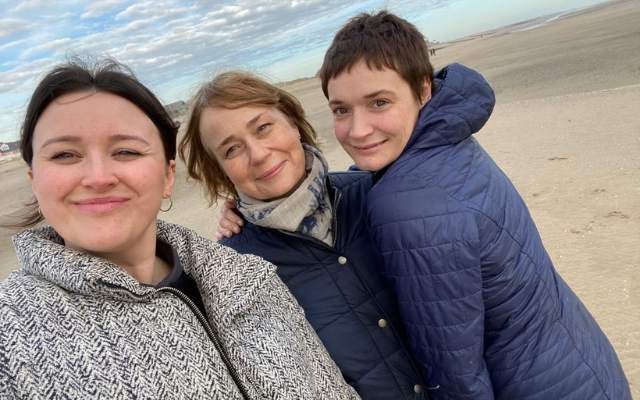 Q: What has been the most challenging but rewarding experience working in the industry?

I always say, making TV is a bit like having a baby: if you really remembered how awful it is, you’d never do it twice. But there’s that huge release of oxytocin when you see the finished product, and most importantly other people loving what you’ve done that spurs you on to do it again.

As regards making TV about wine, it took nearly 18 months to make the first series and I really thought many times, it was a giant fool’s errand. Our first filming trip was to Chile and it involved numerous flat tyres, 45C heat, packs of dogs attacking us and a drone crashing onto the $10million titanium roof at Vina Vik. I was terrified it would be a disaster.

But when I cut a short highlights package and showed it to investors on a cinema screen and people were actually crying, I knew we were on to something special. Genuinely the whole Wine Show experience has been the highlight of my TV career and the good times while making it, have far outweighed the bad. It’s been the privilege of my life.

Q: What has been your go to white and red wines during this pandemic?

Quinta da Boa Esperança Syrah and Grahams White Port and Tonic. I know the second one is a bit of a cheat but that’s what I love.

Q: How will you be celebrating International Women’s Day on March 8th?

Working with my team of amazing women and looking forward to a glass of my friend Joana Santiago’s wonderful Alvarinho from Quinta de Santiago in the Vinho Verde region of Portugal. Like me she started as a lawyer but got side-tracked.

For more information about our Women in Wine offer, visit corneyandbarrow.com/women-in-the-spotlight