YOU HAVE TO AGREE TO THE USE OF COOKIES TO BE ABLE TO PURCHASE AS A GUEST.
Burgundy, Tastings

Jumbo of death? Not anymore! 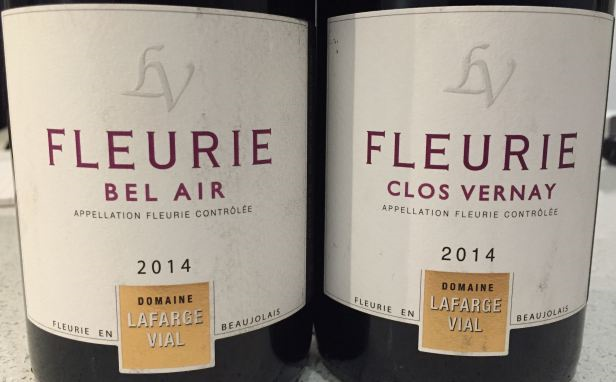 Now that may seem a little dramatic as titles go but there is good reason. The “Jumbo of death” used to – still does sometimes – pop up in the office as a regular topic. You know the old “what/who would you select to be on a jumbo that you knew was going to crash” (not seriously of course). Now aside from people with personalised number plates, I am never sure whether I am joking or not when I say that, we often wander off topic onto which grape varieties you would choose; one red, one white. Up until 18 months ago this was a very easy question for me to answer – Gamay and Viognier. Now, though I can stick by Viognier – the only ones I have liked have not tasted like they should – but I wouldn’t dream of including Gamay and of course that specifically means Beaujolais (“Bojo” to its friends). The main praise for this should go to Edouard Labruyere and his team who work at Domaine Labruyere in Moulin- à-Vent as it was tasting these wines that made me sit up and get interested (more info here). I have written on those wines a few times, bought them and taken them to meals with friends and customers (often against their initial will!) with very great effect and there will be much more coverage to come.

Who is Lafarge Vial?

This has turned into a rather longer preamble than I intended. As I looked through the Burgundy 2015 offer that we launch next week I noticed Lafarge Vial as a name on the list and immediately realised I never got around to trying their Beaujolais wines last vintage, a bad omission. Immediately I ordered up (and paid for!) a bottle of each of two of their 2014s – Fleurie Clos Vernay and Fleurie Bel Air. This is how I find myself in the kitchen, Japanese take away ordered, with a bottle of each, samples poured into Zalto universals and a “tasting” about to begin. The format will be one I enjoy – a weekend long look at the wines. I have used this drill a few times – Barbaresco 2005 comparison and Bandol, Tardieu-Laurent comparison – to list but two.

So before the tasting begins, who or what is Lafarge Vial? Well, it was established in the spring of 2014 when Frederic Lafarge (of the brilliant Domaine Lafarge) and his wife Chantal managed to acquire several parcels in Fleurie (often seen as the palest and prettiest of the 10 Beaujolais Crus) and one small adjoining plot in Chiroubles. They were able to make an immediate impact. All the vineyards are trained in the traditional Gobelet way and the Lafarges have worked biodynamically from the off, as they do in Volnay.

They make three or four wines from different sites. Here we are dealing with Fleurie Clos Vernay and Fleurie Bel Air. The Clos Vernay is a parcel of 1.33 hectares situated on the first slope in Fleurie approaching Moulin-a-Vent, the vines are 35-45 years of age. Bel Air on a slope adjoining both Chiroubles and Morgon right by the Domaine. All the wines here are made with minimum intervention, no new oak and certainly no carbonic maceration. 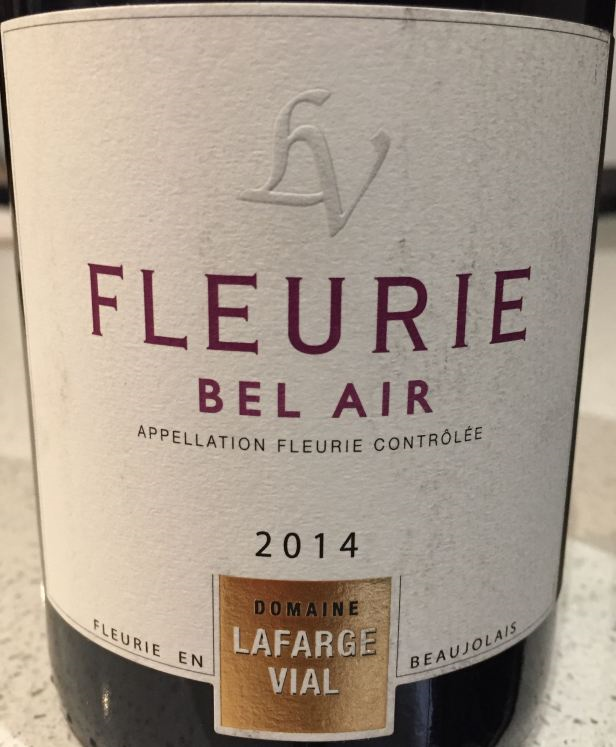 Looking at the colours it is immediately obvious that the Clos Vernay is a good shade, possibly two, fuller and darker in colour. Both have good vibrancy. A good swirl of both glasses and there is good fresh fruit in the air already. Clos Vernay has a little kick of green spice to go with fruit that is a little more towards the black than the red, nice lift. The Bel Air has a redder, fresher, leafier (strawberry leaf?) nose. Both have a really good energy. On the palate there is good fresh weight to the Clos Vernay (CV), a nice complement to the nose, sappy richness, good wine. Bel Air (BA) has the red fruit of the nose but a nicely creamier palate, good acidity too. Hard at this stage to pick which I initially prefer. If I had to drawn parallels to other wines or varieties then there is a touch Barbera richness and acidic lift to the CV and the BA leans toward Pinot…a good start…I might just end up drinking all of these too soon! Sunday’s tasting notes may be non-existent.

There is more weight, though not lots of it, to the CV, it is lusher, more mouth coating and just a shade more succulent. The flavours are delicately long after an initial burst, it is definitely coming together with air. BA remains more airy, more zippy, redder, more delicately poised. I really like both, CV on the palate, i.e. I am drawn to drink it and BA for the nose. I’ll be intrigued to see if the differences remain so impressively marked.

Both wines spent the night in the fridge at the same level in the bottle (about a third gone). They have been out of the fridge and two samples poured for about an hour now so a great temperature. With CV the fruit seems to have reddened in the night, more cranberry and even raspberry but still with good depth. A little bit of spice remains and a nice sappy moreishness. Nicely done. The colour differences remain. BA has mellowed into itself, the fruit is red and lovely but hard to define, there is a little spice in the background, white pepper maybe. The palate is richer now, a shade drier too, really lovely balance. It is interesting to note that where I might have combined the nose of the BA with the palate of the CV it is now the other way around. Whatever happens from here these are delicious.

Pretty much just drinking these now. The differences remain which is a little more body to CV and elegance or drive to the BA. It is interesting how they have both become more Burgundian as a whole, I am not sure that Gamay, other than the body of the wines, would be amongst the first few varieties I would guess blind. Pinot would be first I think. CV has a note of violets and green spices, it’s a cracking glass. BA has become a little more muted on the nose, less overtly pretty and a little more brooding. Put simply I really enjoy both.

One of the reasons I like to do “exercises” like this is that it really shows the difference between tasting a wine and drinking it. This difference has two sides to it for me, one more obvious than the other. Actually committing to tasting a wine tends to predispose you to analyse it rather than necessarily enjoy it, which is to say you have long sniffs and small sips, you are looking hard, looking for faults in a way, its the glass half empty approach (awful choice or analogy but…). Drinking is different, the optimist comes out and importantly you have larger mouthfuls from a bigger pour (do not underestimate the degree to which more wine in a glass has an effect) and you tend to analyse the smell (nose, bouquet..call it what you will) much less. Of course it is totally unrealistic to think than wine merchants, or the press for that matter, can drink every wine rather than taste it but I think this is why there are definitely wines that lead them self to drinking over tasting and the opposite. These two wines are drinkers wines. To my mind there are two things you have to have; moreishness and freshness. Both of these are subjective, they vary from person to person and day to day. Even food to food can effect it though some of you will know I am less fussy on the wine and food mixing scenario – for me good wine stands up with and without good food as long as nightmare combos are avoided. Getting back to the point, the CV is a sappy palate wine, the BA is a nose and elegance wine but both have the two things I want especially when drinking rather than tasting.

With only about 20% left in each bottle there was always going to be some oxidation for the final tasting of this exercise, but it is limited which is good. CV is still in good shape, albeit less fruited and a little “striped” the finish is good and shows the class. BA has retained good sweetness, in a slightly degraded way now but good, the texture has grown too. 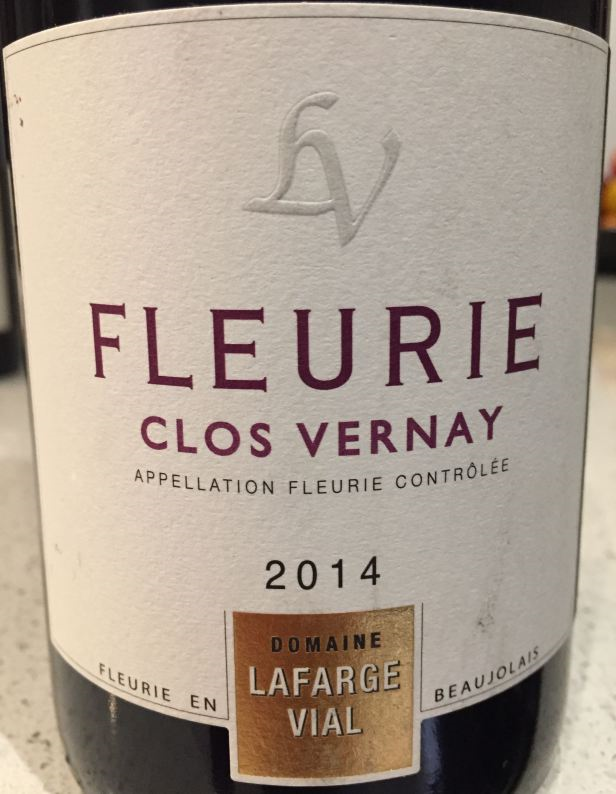 These are very good wines, excitingly so, I don’t really have a preference between them. I might suggest that the Bel Air gives a little more of itself now and that the Clos Vernay is a little more brooding. If anyone opened either for me I’d be delighted and I’ll be buying a few bottles of each to tuck away for a year or two.