Events, Everything else, Partners, South Africa

Of books and wine: a tale by Kate Mosse

Kate Mosse will join Damian Barr live on stage at The Borders Book Festival for a special #NovelPairing salon, to discuss her latest novel The Burning Chambers. Here, she gives us an insight into her inspiration for the story.

The Burning Chambers, is – in a funny old way (and profound apologies to Charles Dickens here) a tale of two cities. Or, rather, a tale of two wine regions: Languedoc and Stellenbosch.

All my historical fiction is inspired by place – in Carcassonne, in the heart of the Languedoc, the medieval past is everywhere. In the buildings, the jousting tournaments that are staged each summer, in the turrets and towers of the 13th century citadel set on a hill overlooking the River Aude. Everywhere, too, are row after row after row of vines. Not medieval in origin these, but rather the beautiful legacy of the days of Roman Occupation – in the land they called Septimania – where the grapes that would keep the Roman legions marching and the high-born comfortable in their palaces were cultivated.

We bought a tiny house in the shadow of the medieval Cité walls of Carcassonne in 1989. In those days, no planes flew into Carcassonne and les Vins de Pays d’Oc were yet to become the power house they are today. All the same, I had my first glimpse of the medieval Cité and fell in love – with the history, with the light, with the landscape, with the heat and wind, with the distinctive and different wines of the region. Little by little, we explored. The strong rosé from the hills around Tarascon, the wonderful flinty Chardonnay – l’Ange and Etoile – being produced by English winemakers Catherine and James Kinglake at Domaine Begude, the pretty drinking reds from Chateau Villerambert and, of course, Blanquette de Limoux. A kind of aperitif for drinking in the square on market day; the méthode ancéstrale (although not called champagne) producing the most wonderful rich, yeasty sparkling wine.

This living in and around Carcassonne, visiting local producers and getting to know the tastes and produce of Languedoc, is as much a part of my writing as the research in a library or a museum. In Labyrinth, Sepulchre and Citadel, I always slip in a name check for a local wine (if I can) as part of the modern story.

Fast forward a few years, and I am taking part in a literary festival in South Africa. We drive through the winelands of Stellenbosch and Paarl towards Franschhoek, where the festival is taking place, and there – at the side of the road – is a sign that says Lanquedoc. It’s spelt with a ‘q’ not a ‘g’, like back home, but all the same…

Then, driving along the main street – Huguenot Street – I notice that most of the restaurants have French names. I acquire a map of the wine tours of the region and discover the domaines are called Grande Provence, and La Couronne, Mont Rochelle and La Bourgogne. And, because all novelists are nosy by nature, I ask why it is and learn that Franschhoek means, in Africaans, the French Corner. I dig a little deeper and discover that, during the years of the East India Company, there was a realisation that the land of the Cape of Good Hope was similar to the land of Languedoc: perhaps – just perhaps – vines might be planted and wine could be made in situ, rather than sending wine on ships all the way from Amsterdam.

And, after the Revocation of the Edict of Nantes in 1685 – when the last remaining Huguenots were expelled from France – seven families sailed.

A shiver went down my spine. War and the consequences of war, the strange beginnings of the wine industry in South Africa, the links between Languedoc and the Cape, a story about two families (one Catholic, one Huguenot), the story of a feud lasting three hundred years and taking the reader from Carcassonne to Franschhoek – via Paris, London, Amsterdam and the New World – started to take shape.

Four years later, The Burning Chambers – the first in a series of novels – is ready to be published. And when I’m in Franschhoek in May, dreaming of the roots of the story in Carcassonne, I’ll raise a glass to all those women and men who travelled from Europe to Africa to build a new life. 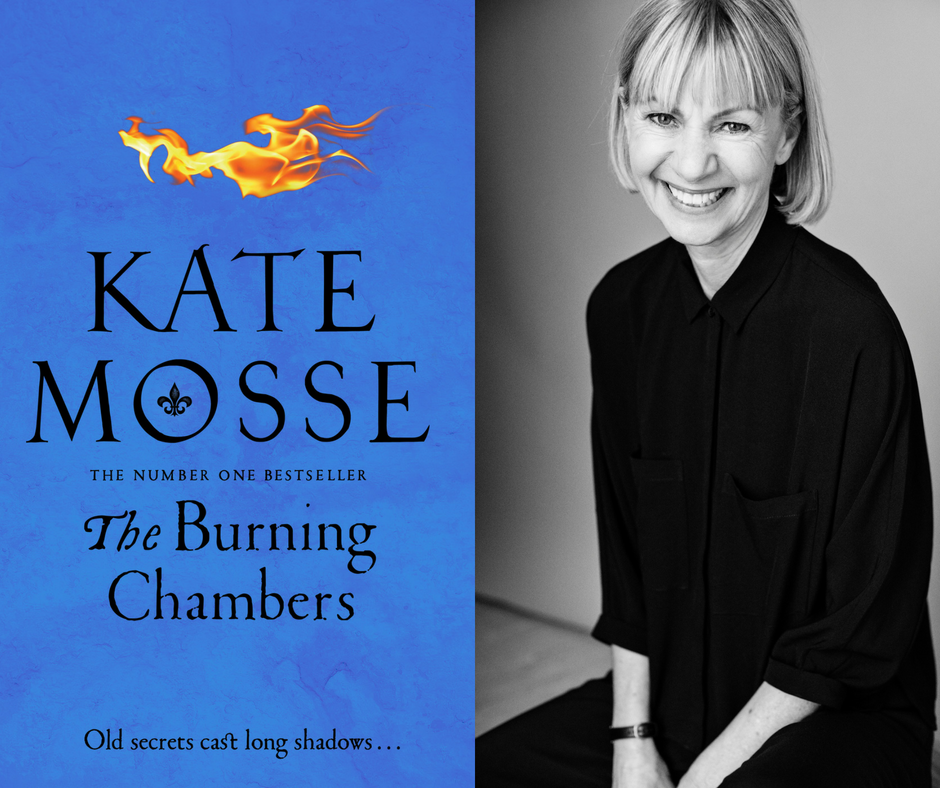