Bonneau du Martray at The Square with Jean-Charles

Ahead of the Bonneau du Martray dinner at The Square I had the chance to grab a quick taste of the last three vintages:

Corton Charlemagne Grand Cru 2009
Generous but still in character with the Domaine’s Corton-Charlemagne. This will be drinking in 2-3 years and then, as ever, for a while after that. It has a richness of fruit and a full ripeness that makes it very appealing and at the same time a dash less serious than some recent vintages. Very good 17.5-18.

Corton Charlemagne Grand Cru 2010
Serious, the very classic nose, weight and texture I associate with the Domaine. It has a nervous poise as the acidity is very focussed. The fruit is in layers and has real depth. I see this very much as a keeper, very impressive now but definitely best resisted for 7-8 years and then capable of secondary and tertiary development. A child of a wine now with a mighty future. Very impressive. 19.

Corton Charlemagne Grand Cru 2011 (tank sample)
Very primary, has a lovely easy focus about it, taut but not over-wound. Stylistically little between the 2009 and 2010. Very youthful but very promising 18-18.5

Corton Grand Cru 2011 (sample) Red fruit as well as the trademark graphite edge with a herbal note. This is not what I imagined 2011 reds to be like. Impressive, a little like 2007 with more substance and depth. 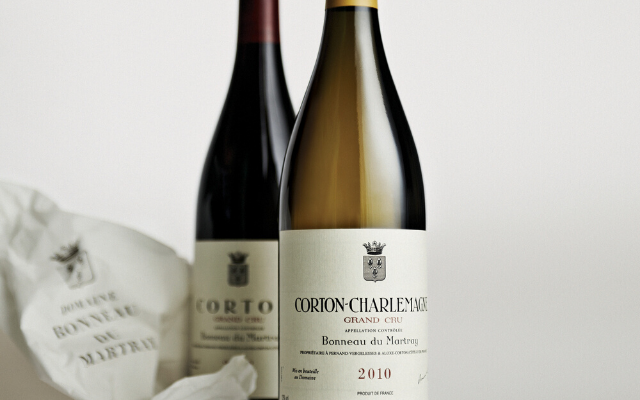 As dinners go this was an absolute gem! A Burgundian estate with only three owners in over twelve centuries and a great London restaurant, The Square, made it so. Domaine Bonneau du Martray is one of only two estates in Burgundy to make only Grand Cru wines, Domaine de la Romanee Conti being the other, and under the ownership and guidance of Jean-Charles le Bault de la Moriniere it is on a rise from an already heady height.

We started the evening with Delamotte NV from Magnumwhich went down as well as always. The first of the wines for dinner were Corton-Charlemagne Grand Cru 2008 and 2006 with Terrine of Doversole and Smoked Eel with a Vinaigrette of Oysters, Lemon Oil and Chives. Jean-Charles described the 2008 as a “vertical” wine with classical definition and a stoniness that is becoming more and more evident in the wines as the estate moves nearer and nearer to 100% biodynamic practises. I love this 2008, there was a dash of “struck match” about the initial nose then a beautiful youthful, energetic texture, this wine has a long, long future ahead of it and is just so classically Corton-Charlemagne.

The 2006 by contrast is an “easier” wine, a little more round (not spheric, that is 2009 according to Jean-Charles) but with a less nervous edge. Everything is in balance. I have had some disappointing white 2006’s this is far from them. 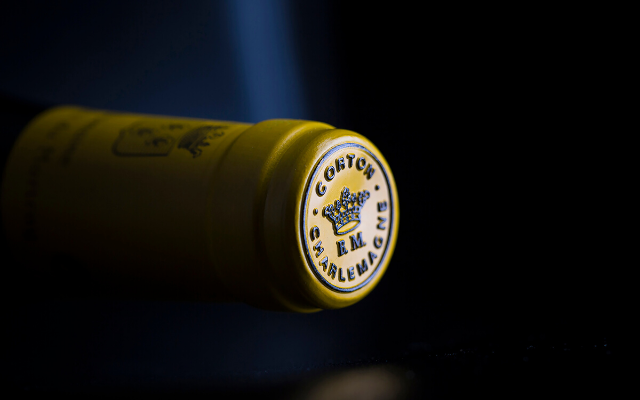 From 2 younger vintages we moved to Corton-Charlemagne Grand Cru 2002, it was commented that it was a vintage successful all over Burgundy, reds, whites, north and south. There was increased texture and weight but still an elegance that went brilliantly with the Steamed Turbot with Buttered Iceberg Lettuce, Creamed Potato and Crab. If I owned the 2002, sadly I don’t, I would be just starting to drink it from now but in no rush. My favourite geeky fact about Corton-Charlemagne is that it is currently the most northerly white Burgundian Grand Cru in circulation (I see Chablis as a separate region for the sake of this exercise). Can you name the Grand Cru not currently sold as such that is further north?

From whites we now moved to reds and the Corton Grand Cru 2003 and Corton Grand Cru 2002 in Magnum. The holding of Pinot Noir that Domaine Bonneau du Martray has is technically speaking on the Chardonnay side of the vineyard but this worked very much to their advantage in the “freaky” heat wave vintage of 2003. The vintage was very early and where many wines in Burgundy really struggled not to be negatively affected by the extreme heat the cooler spot on the Corton hill made for a wine of great texture and fruit but not at the expense of freshness and elegance. Sadly only half the usual amount could be made!

This is a wine for those who are sceptical about 2003. The Corton 2002 is more typical of the site and as mentioned above it was a fine year. Especially from magnum this wine is still a “youngster”. There are layers to be revealed and arguably it was the most reserved, classily so, wine of the evening. Both wines worked very well with the delicous Venison Wellington with Quince Purée, Baked Celeriac and Creamed Cabbage. 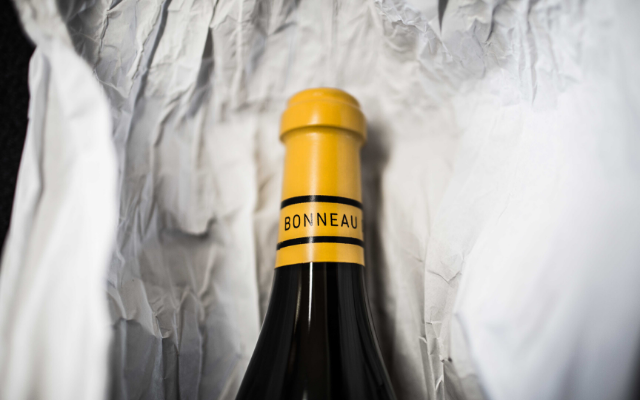 And so sadly it was time for the last wine of the night – Corton Grand Cru, Magnum 1992. This wine possibly more than any other showed the greatness of this Domaine. The wine was not made by Jean-Charles, though he will have been there for harvest time. There will have been stems included in the maceration and a very short fermentation, both things changed now, but the wine had a delicate elegance and a finesse that only great terroir would produce from a less than exciting vintage for the reds. The point of showing this wine was to show how well good the site is, it achieved this. The Truffled Brie was a great ending and managed not to overpower the 1992.

I was asked for my “wine of the night” a few times and much as I always try to dodge this questions, it’s not a competition after all, I admitted the best surprise was the Corton 2003 and the wine I would be most excited to own would be the supremely classy Corton-Charlemagne 2008. The Square really looked after us well, effortless service, great food that went wonderfully with the wines without over shadowing anything.

Just to cap things off I had my first Por Larrangana Petit Corona (from a 2012 cabinet) as I wandered off to Goodge Street tube. A very young but delicious smoke, a little coffeed with some dark chocolate, an almost salty wrapper, these are a cracking robust winter smoke…