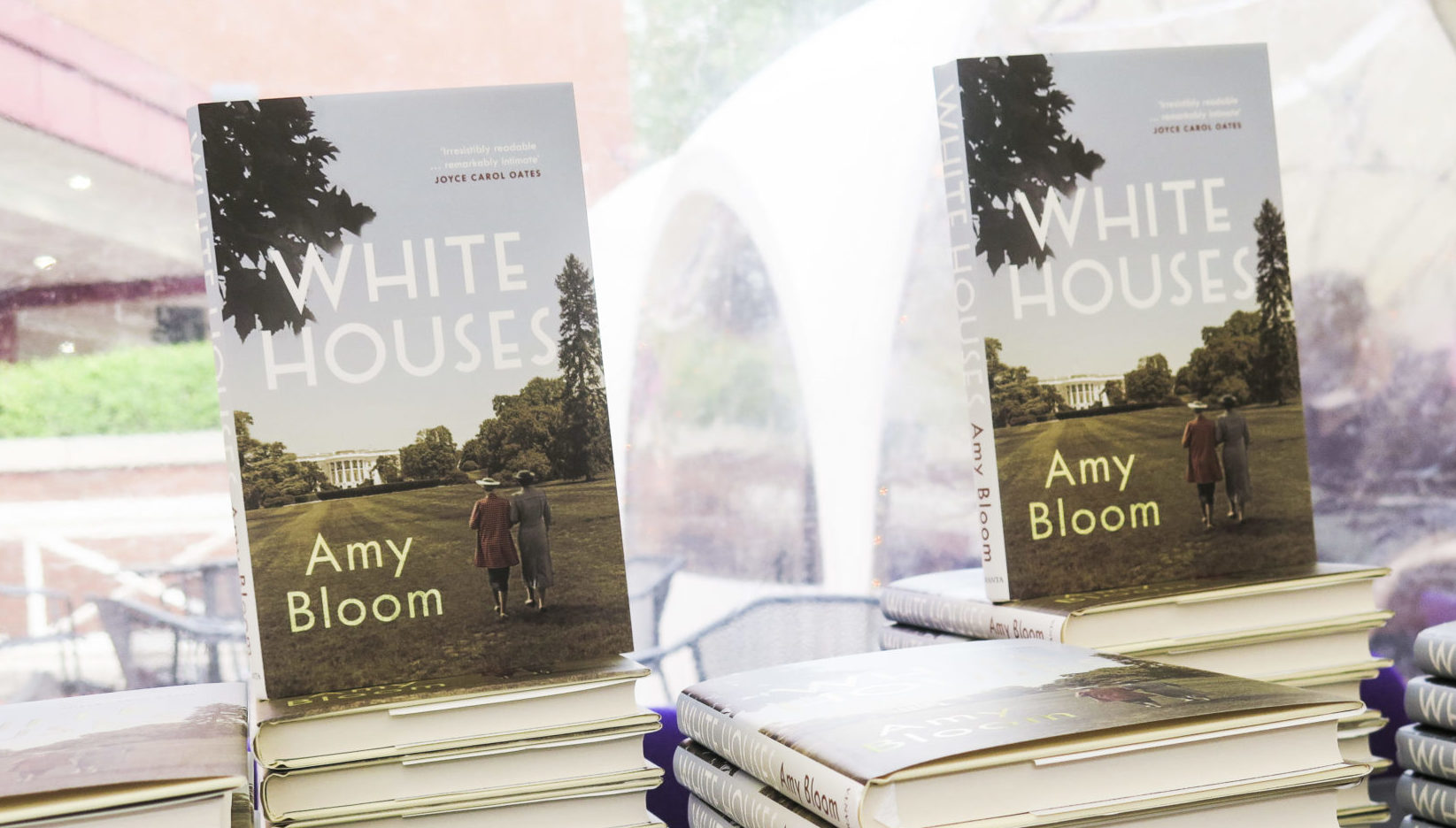 White Houses reveals the passionate and hidden love affair between patrician Eleanor Roosevelt and outsider Lorena Hickok – known as Hick. Then, as now, the White House is full of secrets. James Franklin from Corney & Barrow shortlists three #NovelPairings and joins Amy Bloom and Damian Barr for a special Salon at the British Library. 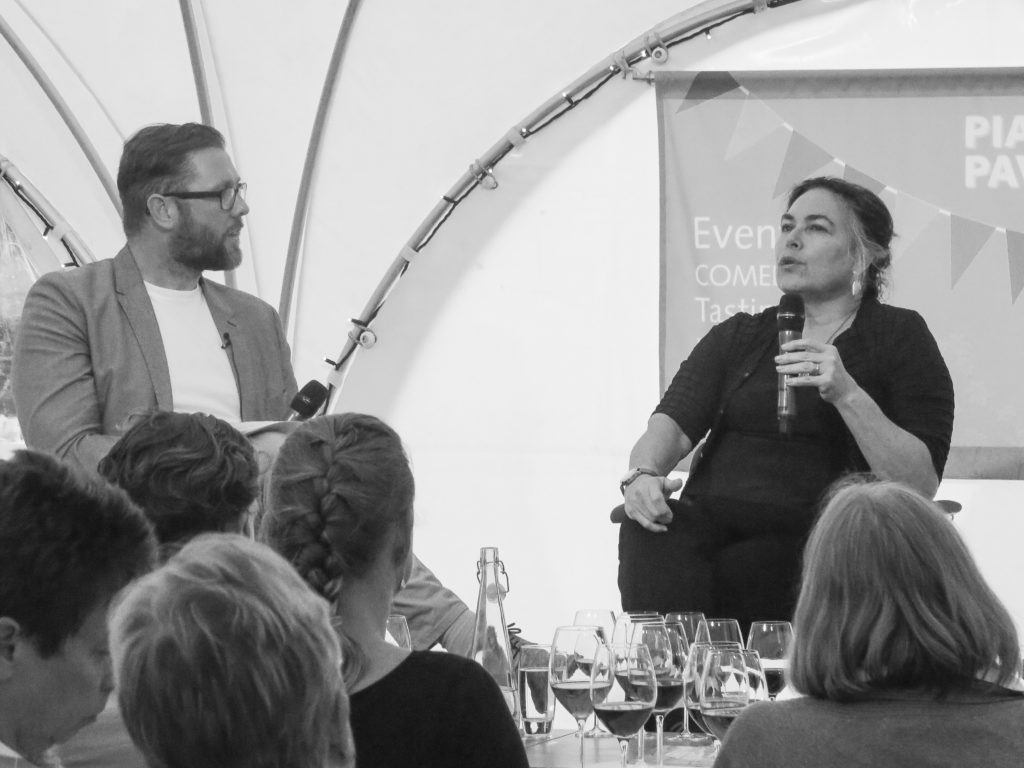 White Houses is the story of how two very different women got away with loving one another at the heart of the American establishment. To read it is to fall in love with them and their equally accomplished chronicler. Bloom is the Shapiro-Silverberg Professor of Creative Writing at Wesleyan University and a psychotherapist so it’s no wonder she’s so good at writing relationships. White Houses is her third novel and although it’s short it feels like an epic.
‘It covers two whole lives and the Depression and the War,’ says Bloom. ‘But really that’s all just context for these two incredible women.’

Hick is a pioneering newspaperwoman – the first to have a byline in the New York Times. She’s escaped a life of violent poverty in South Dakota and would rather interview Franklin Roosevelt than his seemingly boring wife but along she goes to the White House and there she meets Eleanor, First Lady and daughter of privilege.

‘Eleanor and I were not conventional beauties,’ says Hick, who narrates the story of their decades long affair. ‘Your tired white flesh meets and what may not look beautiful does feel beautiful.’ At one point she describes herself as a ‘musical comedy nanny’. It’s a rare and touching description of middle-aged love. Their personalities are as different as their backgrounds. Bloom doesn’t shy away from differences: ‘I loved being the brave and battered little dinghy. And she loved being the lighthouse.’ 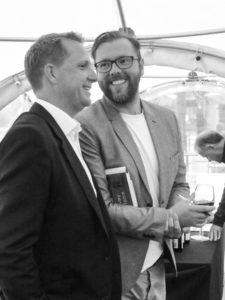 In White Houses, everybody has secrets, including the President who is having an affair with his secretary. We’re never sure who knows what. This tension, and the threat of blackmail, drives the plot. ‘The current occupant of the White House makes this seem quaint!’ scoffs Amy to cheers from our Salonistas. ‘Who knows what secrets we’ll be writing about in the future.’
So, what to pair with a novel of secrets, lies and love? ‘I’ve concentrated on the themes: purity of love, passion and the harmony of diversity,” says James.

First up: Sanziana Pinot Noir Recas Cramele 2017 from Romania. ‘I wanted to capture their incredible sensuality,’ says James. ‘This is velvety and makes you feel safe the way Eleanor and Hick do for one another.”

It’s classically light looking with a flash of magenta. ‘It’s delightful,’ says Amy. ‘I get red cherries and a bit of jam.’ I got redcurrant and a good long finish. Astonishingly it’s only £7.95! ‘Eleanor ran a tight ship because she felt they should bear some of the hardships the country was facing,’ says James. ‘She’d have loved that!’ agrees Amy.

Sticking with reds we go darker to The Lane, Adelaide Hills, Australia 2014. This blend of 97% Shiraz and just 3% Viognier has a herbal almost eucalyptus hit. ‘It smells a bit like cough syrup’ says Amy, backing off. ‘Hick and Eleanor are very different personalities from very different backgrounds,’ says James. ‘Yet together they form an incredible partnership. Hick is strong, like the Shiraz. Eleanor is privileged and elegant, like the Viognier.’
Amy isn’t keen: ‘it has a feathery feeling in the back of my throat.’ This medicinal note laid over deep black fruit is precisely why I love it.

Sherry is one of the few named wines in the book—it first appears in soup! ‘My mother was not a cook,’ confesses Amy. ‘She opened a can of mushroom soup and slugged in sherry and that was that!’ Sherry ranges from bone dry to syrup sweet. James chooses a nutty, aromatic Amontillado. ‘This is the style they would have been drinking then,’ he says. ‘It’s not like the stuff I stole from my parents,’ says Amy. Probably because that bottle had been left open for months! ‘This is almonds and a bit Christmas pudding mix—its delicious!’ Even the confirmed sherry haters in the audience have their heads turned.

The audience votes while Amy ponders. Which bottle says most about this book? A few hands go up for the Pinot Noir and fewer still for the Shiraz-Viognier. The sherry is almost unanimous despite the deep misgivings of some. ‘It has to be the sherry,’ says Amy. ‘And I’m really surprised to say it myself but it’s perfect!’

Our White Houses #NovelPairing has been spoken!

Listen to the full podcast, live at The British Library, here. 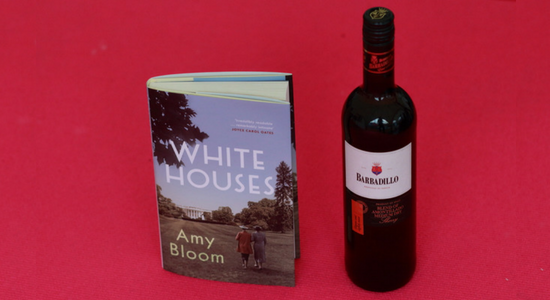