2020 in Bordeaux is good. It’s really good. But coming hot on the heels of two strong vintages, we’re going to need some convincing. Sequels are notoriously tricky and Part Three is the thorniest of all. Just as the audience’s attention wavers, as the thrill of the binge watcher fades, that’s when you need to dazzle. Hit them with Return of the Jedi or Siegfried. Just try to avoid making The Godfather Part III…

Bordeaux discovered last year that it doesn’t take rocket science to put a rocket under an en primeur campaign. Price your wines below the market prices of previous vintages of comparable quality and people will buy them. Give your customers an incentive to purchase upfront and they will vote with their wallets.

The fact that 2019 was not only excellent but compellingly priced made for a marked contrast with the 2018 vintage – also of high quality, but of which there remains no shortage in the supply chain. Lesson learned then?

The first fly nearing the ointment is that last year’s prices were pitched as a ‘Covid discount’. This went down a treat, but what if, in the collective consciousness of the Bordeaux vigneron, it was intended as a one-off gesture for ‘unprecedented times’, more noblesse oblige than long-overdue pricing epiphany?

Of course, Covid is still with us, loitering in the hallway like an uninvited guest being ushered over the threshold. So in our second vintage tasting from couriered samples, can we expect another round of Covid pricing? Weeell, the trouble is…

Bordeaux is staring down the barrel of a small, frost-stricken 2021 vintage. The French agriculture minister called last month’s crushing frosts “the greatest agricultural catastrophe of the beginning of the century”. The extent to which this future scarcity will be priced into the 2020s remains to be seen, but some sort of ‘frost premium’ is not unimaginable.

Based on our tastings, the quality is high enough to warrant a seriously exciting en primeur season. But are the 2020s good enough to justify a price increase or should they be released at the same prices as last year? Is this the final act in a modern-day 1988-1990 trinity* – or is three a crowd?

* There are some interesting parallels here – and not just regarding the quality of the wine. The 1990 vintage, which was released in the midst of an economic downturn, came out at a 15-20% discount to the highly acclaimed 1989s, despite the terribly frost-affected 1991 vintage waiting in the wings. Now seen as a legendary Bordeaux vintage, the critics’ initial assessment was that 1990 was by no means a great year… 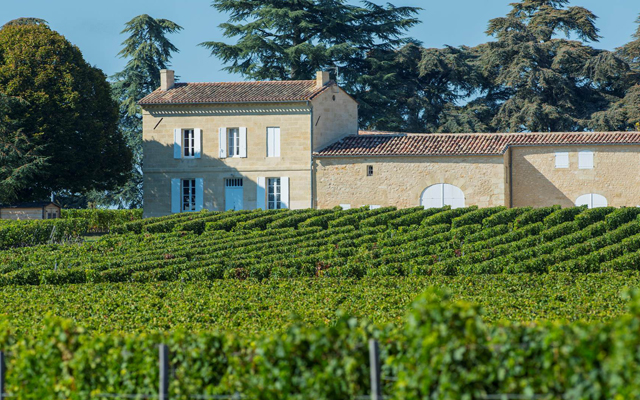 Gavin Quinney has become the go-to oracle on Bordeaux weather and harvest conditions. His excellent report and its array of tables and charts are the basis for the following, with some additional colour courtesy of video tastings and emails with various C&B suppliers.

2020’s quality potential is certainly high (Quinney calls it “potentially outstanding”), but the season’s varied and highly localised weather has made for an undeniable patchiness. The Bordelais all agree that it was “heterogenous”. (This tends to mean “exceptional here, trickier in the neighbouring commune” – but never the reverse.)

2020 is also a small vintage overall, although not universally – yields were around 10% lower than 2019 and 2018, both of which were broadly average. The main causes of this were:

• Frosts in late March
• An early threat of downy mildew thanks to the long, moist spring
• Average temperatures c.2°C above the 30-year average, with a particularly hot mid-summer and harvest, which reduced the liquid content of the berries through evaporation
• A record 54 days of drought from 18th June to 11th August, then another 20 after the last weekend of August

Yields were lowest in the southern Médoc (Margaux and Saint-Julien) and to the south of the city of Bordeaux (Pessac-Léognan and Sauternes/Barsac), where the summer drought was most acute. On the left bank, the northern Médoc (Pauillac and, in particular, Saint-Estèphe) were less affected, coming in close to average.

On the right bank, the earlier ripening Pomerol managed to avoid the excesses of the mid-September heat. For example, Trotanoy was picked between 15th and 18th September, whilst over in Margaux, d’Issan (a success of the vintage, incidentally) finished picking a full fortnight later, on 2nd October. Thanks to the ability to harvest promptly and astute canopy management during the hot summer, the Moueix properties reported yields of around average.

The role of water in the 2020 season is key to understanding the differences from commune to commune. There was a lot of rain which, crucially, fell mostly in localised thunderstorms in May, June and August. The ability of soils to deal with a rapid soaking became paramount. The fast-draining gravels fared best in this regard, whilst heavier, more retentive soils risked becoming waterlogged. However, the summer drought meant that soils also needed to ward off hydric stress. Insufficient water supply risks slowing the ripening process.

It is perhaps unsurprising that soil types able to cope with both excess and scarcity of water are to be found in some of the most hallowed communes. As Bordeaux wine writer Colin Hay has noted, these include Pomerol (in particular its plateau), Saint-Emilion (the plateau and the borders of Pomerol), parts of Pauillac and the strip of Saint Julien bordering the river. This is consistent with our tastings – there are some hugely exciting wines from (although not limited to) all four communes.

A few themes quickly emerged from our tastings – these are still ongoing but with around 150 wines under our belts, we can draw some initial conclusions…

• The 2020s are joyously expressive, pure-fruited wines. The Cabernets have plentiful wild strawberry and raspberry flavours accompanying their signature blackberry and cassis. On the right bank, there is a particular sweetness and intensity of fruit, the Merlot here really shining.

• Freshness – a pervasive lightness of touch, a lifted finesse, makes tasting the 2020s no hardship (stop laughing in the back – some years, it can be…) In pH terms, they are not that far off the norm, and the tannic index is again high this year, but perception is complex and the proof is in the tasting.

• Well integrated alcohol – this varies and the days of 12.5% claret are long gone, but overall, there is a welcome restraint. I cannot recall so few instances of ‘heat’ from Bordeaux barrel samples. In terms of actual numbers, using the 105 red wine Union des Grands Crus chateaux to provide their abvs as a straw poll, the average is 14.02% abv. Over half (55 chateaux), had abvs between 13.0% and 13.9%.

• With balanced alcohol comes a reduced sense of the ‘glycerol’ slickness which often accompanies high abvs and which can make wines appear tiresomely steroid-enhanced. 2020 offers an endearing array of medium-bodied wines. There is doubtless an element of intentional winemaking choice here too – a continuation of the Parker backlash.

• The dry whites seem to have a newfound vitality, their hallmark brininess and salinity allowed full rein, refreshingly unencumbered by over-oaking. A much overlooked source of affordable drinking pleasure.

• The sweet wines of Sauternes and Barsac have lots of density and concentration thanks to that warm summer but, with a few notable exceptions, are relatively low in botrytis (which did not develop until October). Some lovely wines here though, which we will group into one release. 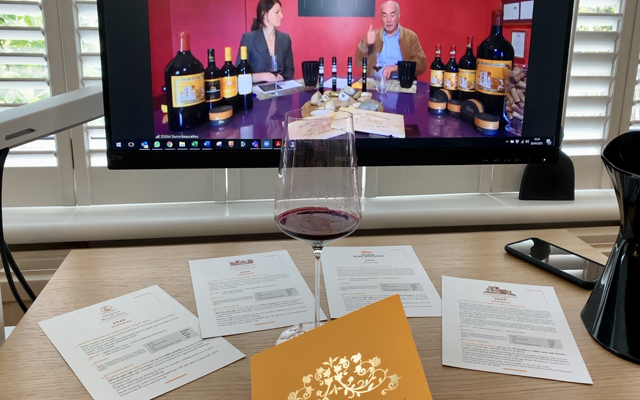 How the campaign will work at C&B

As usual, our emphasis will be on moderation in what can be a chaotic period of releases. Our online Bordeaux hub will contain all the details, with tasting notes, scores and prices, and orders can be placed direct with your sales contact, by calling 020 7265 2400 or by emailing [email protected].

Whilst we won’t bombard you with every wine as it emerges from Bordeaux, please assume that we can offer most of them and, if possible, give us an indication of names on your radar so that we can alert you when they become available. We will aim to email wines out in groups, especially where they are part of the same stable or commune.

Of course, the wines of the Moueix family, the Mitjaviles and Peter Sisseck’s Rocheyron, will get their own releases, with a period to get your orders in before we allocate them where necessary.

The 2020 vintage presents a terrific opportunity for another successful campaign. We shall continue to be optimists and trust that Bordeaux will pitch it right…

In our next bulletin, we will take stock of the early releases and assess how en primeur season is shaping up. Watch this space.