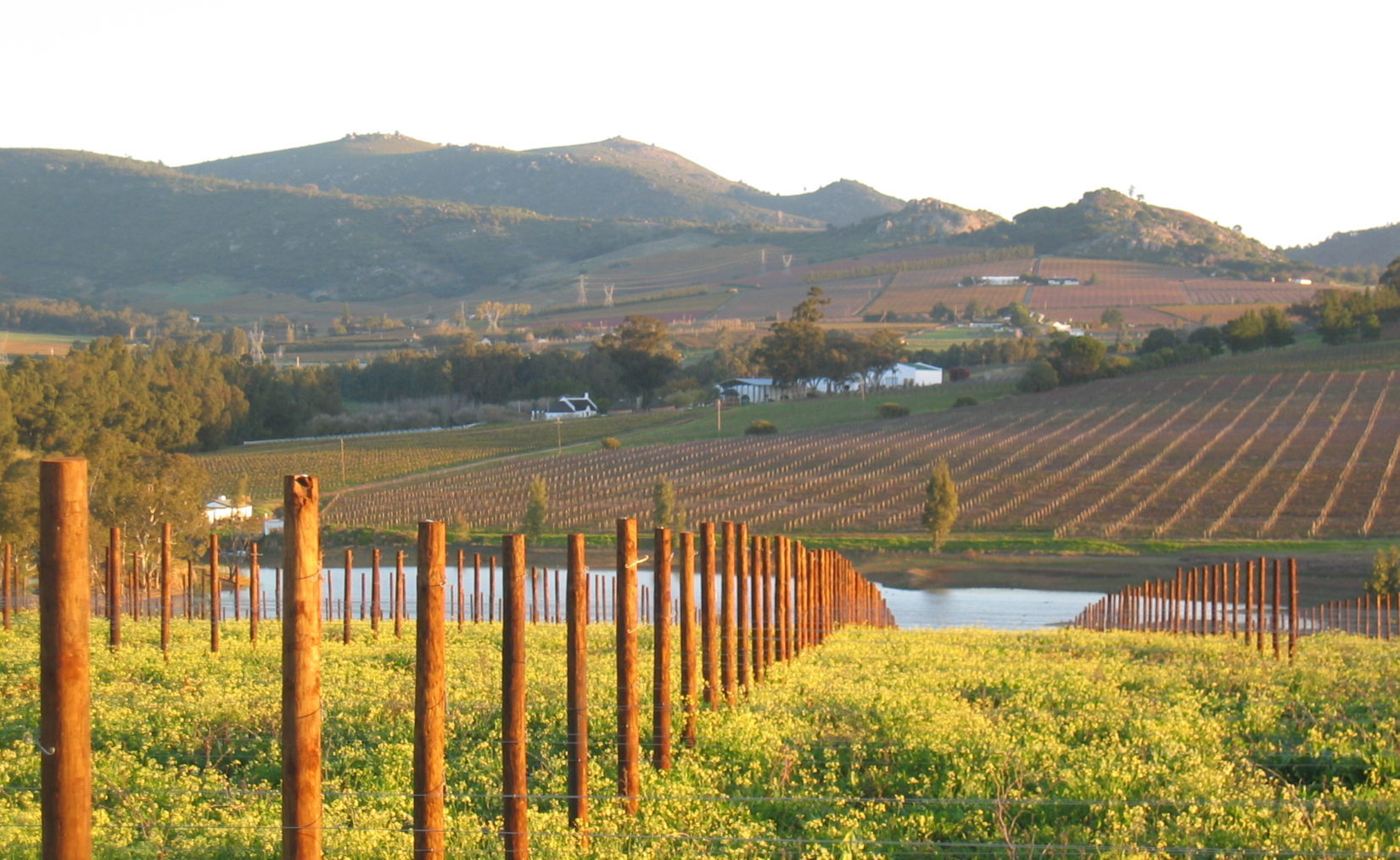 In Conversation With Lisha Nelson

Growing up in a winery is something many of us dream about. Lisha Nelson, winemaker at Nelson Wine Estate in South Africa had exactly that. But she hasn’t taken an easy path. We spoke with her on a recent trip to the UK about why research is so important to her and why Paarl should be your next holiday destination. 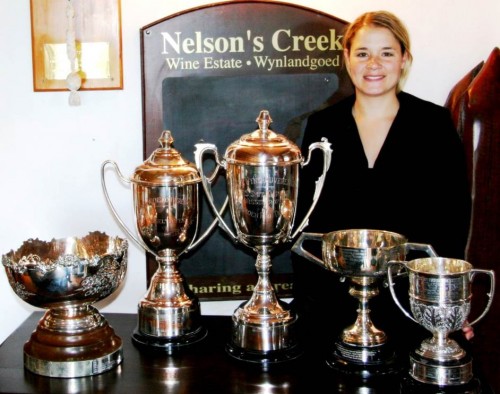 How long have you been in wine?

My dad grew up in Johannesburg. Johannesburg is quite different to the Western Cape and he went to study law at Stellenbosch university. While studying law he fell in love with wines and everything about wine. It’s funny how lawyers turn to wine fiends.

He said to himself that his dream was to own a wine farm so he’s going to work really hard to be able to purchase land and set up a winery. He bought the farm in 1989, he decided on this one because the terroir was so exciting. And then he got experts in to evaluate the soils, the microclimates and the topography and those kinds of things and then decided the grapes.

The chardonnay went on to win the best chardonnay in South Africa. It was quite an exciting time.

So you could work in the tasting room, I started off there. When I reached the age where I could decide what I wanted to do I, decided I would do wine marketing because I really enjoyed working in the tasting room. And then he said, “instead of studying marketing I think it’s good to do winemaking because if you know the product it’ll just be so much easier to sell it.”

And I don’t know if he worked with some other plans behind it, he might have had an idea to maybe culturing a winemaker out of his plan and so I went on study winemaking and it was a BSC with microbiology and as soon as I started I fell in love with the chemistry of it.

Pretty soon after the first year I said I’m definitely not doing wine marketing I want to be a wine maker or maybe even research in wine, that’s really my passion.

After I finished I did vintages at various other wineries so I spent 2 vintages at Mulderbosch in Stellenbosch with Mike Dobrovic. He’s one of the best South African winemakers. And then went to the Napa Valley to do a harvest there. When I was in the Napa Valley, they had a lot of problems with microbiological spoilage because the winery wasn’t kept clean and specifically brettanomyces. And then speaking to the winemaker and starting to read up about it. I was very intrigued especially by brettanomyces.

So I mailed my dad and said, “can I go back to university, I think I’m not quite finished, I want to study wine microbiology, I want to do an Msc. He said that’s fine as we had a winemaker at that stage. I went back to university for 3 more years to study mostly brettanomyces. In my final year our winemaker resigned and my dad said, “look, do you want to make wine or do you want to stay in research.” I said, “I don’t know I’ve never run a winery by myself, I’m really not sure if I’m either capable or if I am going to miss the research part of the wine.”  And then he said, “well I’ll give you one year and even if I have to chuck away all the wine down the drain I don’t care, at the end of the year say you want to go back to university then it’s fine by me.” So what he didn’t tell me was that if I wasn’t prepared to take over after that year, he was going to sell the winery. 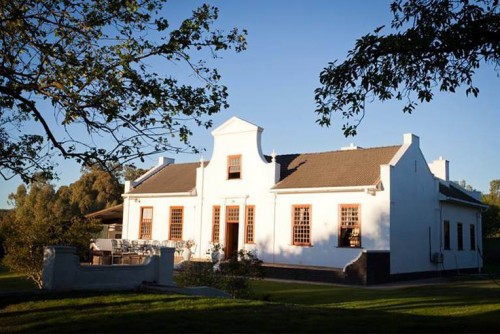 The first vintage went really well. Obviously it was very stressful but I had the help of Mike Dobrovic who was my mentor and it went well. The Cabernet Franc in 2008 won the 2nd best wine in South Africa at the National Young Wine Show so obviously he was very pleased that he didn’t have to pour the wine down the drain! And it’s just been going great ever since. I’ve been enjoying it a lot, I still do studying part time. It’s a part of who I am, I’ll never leave that behind.

Wine is everything, my job my passion my ongoing study that’s just how I’m made up.

Do you have a favourite grape variety to work with?

I love Cabernet Franc, it’s not an easy grape variety to work with. But if done well it’s just so pure and elegant and I just love working with it. I enjoy making all the wines and they’re all different, they all have their easy parts and their difficult parts and they all have their positive attributes and negative attributes. And that’s what keeps the job interesting. 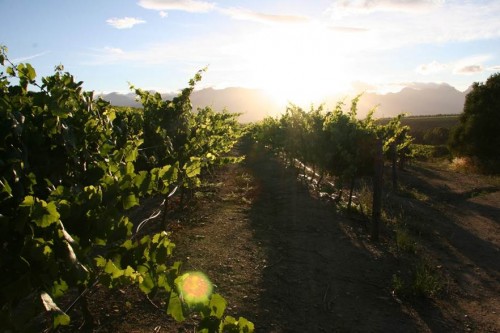 How do you think South African wine is shedding its image of a bargain home to a kind of quality led area?

I think it’s still going a bit slow, I think they’re trying really hard. I think South Africa is struggling with an identity. We kind of don’t know what we’re supposed to be focusing our attention on. Should we go this is the region, this is the grape variety you should expect and the style like some other countries. Should we focus on Pinotage and Chenin and say these are the two to have from South Africa. To me, what was an eye opener when I was at Intrepid London, so many small producers some really funky, hip young people making some freaking interesting stuff

Quality driven stuff and that we have something unique. We are a unique bunch of bloody people you know. So maybe it’s behind the people, maybe we should try and focus on that. I don’t know, I’m not a marketer, I don’t know how they’re going to do it. But I think they must try and find a way for us to establish our identiy you know and get that out. It’s quite interesting that people don’t seem to realise that South Africa is the oldest new world growing country in the world., We’ve been producing wines the longest and it’s a pity because we were kind of cut off from the rest of the world because of apartheid but then when we were allowed we flooded the market with a lot of cheap stuff and damaged our brand maybe. Brand South Africa. And I think we’re still trying to recover from that.And hopefully that will change I just saw these amazing producers, just look at what’s coming out of Decanter and South African wines are doing really well. The quality is there, it’s just getting the message out.

These can be fine wines, sophisticated wines. A combination of new and traditional methods. That we are not a third world wine producing country if you know what I’m saying.

What’s coming up for Nelson Estate, any new plantings?

Yes actually, we’re quite conscious of climate change so we’re thinking of what are we going to do once it becomes even drier and warmer. So I think our next step will be planting a bit of Grenache and I’m sure we’ll do really well in our area. And maybe having that as a single variety as well as in blends. And maybe also trying something with something really weird like some of the Greek varieties that are completely resistant to drought. That’s pretty much vineyard and wine wise what we’re thinking about.Other than that we seriously expanding our hospitality side. We have accommodation and venues and then exploring some new markets.Getting our wines into new markets like Africa. There’s a lot of fine wine buyers there now.

So if anyone’s ever down in your neck of the woods, they should check you out?

Absolutely, we love having people down. They have a great experience of the farm on the estate and get a great idea of what we’re about.

Discover more from Lisha Nelson, and her wines here.