If you’ve never read The Tales of the City I truly envy you. Armistead Maupin started his iconic series in 1976 following Mary-Ann Singleton moving from conservative Cleveland to decadent San Francisco. I was born that summer. This was also the year of the infamous Judgement of Paris –the blind tasting competition in Paris where Californian wines beat the French. Tales changed what we read just as much as the judgement changed what we drink. Heart-warming and heart-breaking, the Tales books take us from 1976 to 2012, from shared landlines to Facebook, from the fringe to the mainstream.

Told from multiple perspectives at a wicked pace, Tales started as a newspaper serial featuring real news: the Jonestown massacre, the hateful Anita Bryant and even the Queen’s visit to California in 1983. Tales showed San Francisco in all its rainbow colours and put gay characters at the heart of the story giving them triumph and tragedy. Nine novels later, Maupin published The Days of Anna Madrigal – please let it not be our final fix. Netflix are rebooting the series with Laura Linney returning as Mary-Ann and Olympia Dukakis reprising Mrs Madrigal. 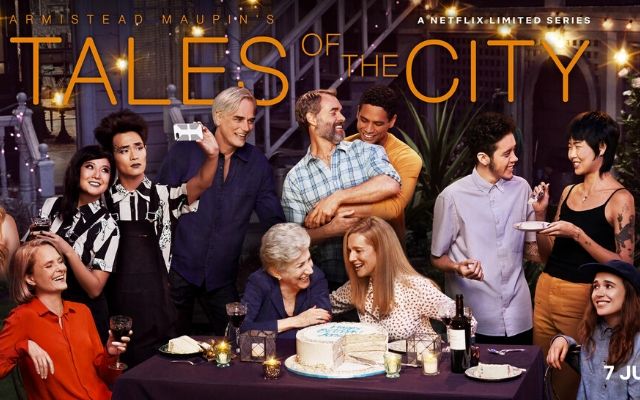 Maupin’s characters are the most fascinating people in the most fantastical place. They live at the top of a flight of rickety wooden stairs on a fairy-tale lane in Russian Hill. 28 Barbary Lane is a boarding house ruled by the mysterious Mrs Madrigal. Here the priggish Mary-Ann, hippy Mona, roguish Brian and puckish Michael live, love and grieve. Mrs Madrigal calls them her “logical family”. Reading Tales, you join that family. I went on a pilgrimage to 28 Barbary Lane. You won’t find it on any map – search for Macondray Lane instead.

Mrs Madrigal prefers home-grown puff to wine but the books are full of bottles. Probably the most famous drink is on page one – a strong Irish coffee at the Bueno Vista gives Mary-Ann the courage to leave boring Cleveland for bohemian San Francisco. I’ve had one and they are life-changing. Tales could only happen in California. So, I looked there for my novel pairing. 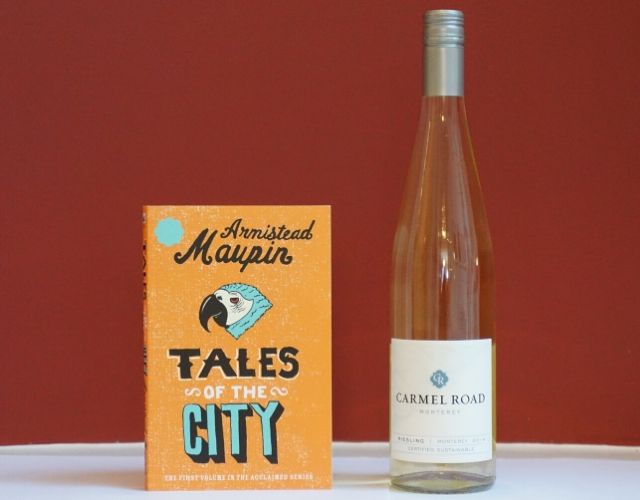 I considered the two key ‘Judgement of Paris’ categories: Chardonnay and a Bordeaux-style blend. Chardonnay Cakebread Cellars 2017 (£39.00) is from cooler vineyards in the southern Napa Valley so has an underlying minerality that really sets off the unctuous oak. Mary-Ann would enjoy this in her later, sophisticated, incarnation.

HdV Belle Cousine Hyde de Villaine 2013 (£68.50) is that Merlot-led Bordeaux-style which so annoyed the French in 1976. It’s surprisingly fresh and approachable for such a rich deep dark-fruit blend. Edgar Halycon, Mrs Madrigal’s doomed love in the very first book, would savour this after cigars at his club.

But neither bottle suits the anarchic spirit of these radically fabulous books. They’re too trad! So, I’ve gone rogue with Riesling Carmel Road 2015 (£18.95). Don’t panic! It’s not super-sweet or searingly dry. Just as the books are the perfect balance of heart-warming and heart-breaking, this Riesling delivers pretty honeysuckle and jasmine struck through with cold steel and that classic kerosene whiff. It tastes like a road trip down Pacific Coastal Highway with Michael driving and Mary-Ann and Mona laughing in the back.