THE DOMAINE IN RULLY

Domaine de Villaine’s links to Rully stretch back to 1991. 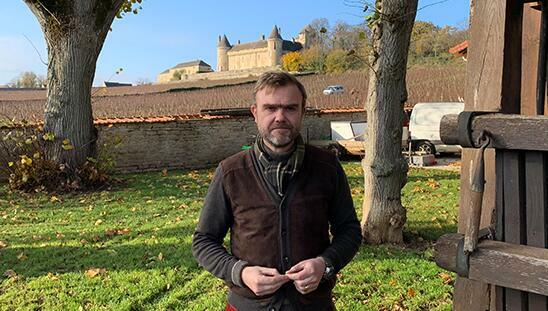 This is the second instalment of the Domaine de Villaine 1er Cru Rully offer. Quite apart from the very close personal relationship we are fortunate enough to have with Pierre de Benoist (not to mention his uncle Aubert de Villaine) we are stridently of the opinion that the potential of these vineyards is quite something, do not miss out.

From the warmer north eastern Rabourcé, Raclot and Les Cloux vineyards to the more southern (but so very close!) Montpalais, Les Margotés and the exquisite Grésigny. Each site is profoundly different, each very small in size, each cultivated biodynamically, but all are a joy and profoundly authoritative marker put down in an area that has been underestimated for too long. These are great wines and we firmly believe they will open your eyes to what is achievable outside the conventionally grand parts of the Côte de Beaune, at a fraction of the price…

THE 2019 GROWING SEASON IN THE WORDS OF PIERRE DE BENOIST

In the words of Pierre de Benoist

Is 2019 one of those great vintages which have made the reputation of Burgundy, its terroirs and its winegrowers? Yes, even if we had to combat drought during the growing season and to vinify the resulting wines to preserve the terroir character. Adaptation of our ways and methods was key.

This year, biodynamics has allowed us to moderate the weather’s excesses, to stimulate natural defences against pests and also to allow the terroir to shine through.

The first quarter of 2019 was mild and wet, in contrast to 2018. Rainfall records were broken, allowing the water reserves to be replenished.

March’s warmth resulted in an early start to vegetative growth. This caused to the buds to come out, with mid-budburst in the first days of April. Cold weather started from 5th April in the morning: frost was seen on 5th, 13th, 14th and 15th April, as well as on 4th and 5th May. The last of these caused the most damage, especially in Rully 1er Cru Les Margotés.

It was not until 22nd May that we saw temperatures rise well above seasonal norms and remain there until the beginning of June. This enabled flowering to start properly. But a new cold spell in mid-June slowed its development, resulting in coulure (aborted fruit set) and millerandage (small, thick-skinned berries), reducing the potential crop in certain plots.

Despite this, even while the vines were fighting against the lack of water, the foliage remained green. The vines continued to breathe, showing us once again how much they are heat-loving plants which are satisfied with low rainfall.

From mid-June, the heat made itself felt and grapes had to ripen in severe drought conditions. The vines made good use of their water reserves, a little sunburn notwithstanding. The team was not to be outdone and managed to keep up with the season’s sustained pace.

It was from mid-July that we observed the first berries in véraison (colour change). The rains at the beginning of August (9th to 11th) eased a temporary blockage, with véraison completed in the last days of August.

Disease pressure was very low. We treated the vines throughout, at historically low doses. We adapted the periods of treatment to the disease threats, which increase around the New and Full Moons. The treatments mainly took place around the perigee (minimal distance between the earth and the moon) –when the plant, weakened and less robust, is sensitive to any energy input.

Thanks to the drought, mildew was less of a concern than oidium. We combatted the latter with infusions of wickers, yarrow and dandelion, coupled with volcanic sulphur, which gave some very good results. Although the scorching summer had promised an early harvest, in the end, a steady late season allowed for unhurried picking from 10th September.

Margotés is the domaine’s southernmost Rully vineyard, with a core of 80 year-old vines, surrounded by plantings from the 1960s. Pierre has one hectare here, in three plots. Flinty-mineral and cedary white pear fruit, with chalky minerality and peppery spice. The finish has a bitter, blanched almond precision, with finely textured grip. Vinified in 500L demi-muids and barrels, the latter including a small proportion of new oak.

A 0.55 hectare plot of venerable 80 year-old vines on rocky clay and limestone, bought sight-unseen by Pierre in 2011, such is its reputation as one of the finest vineyards in Rully. Pierre says that he has learnt a lot from the vines of Grésigny, and its small, millerand berries. White peach, cedar and white pepper aromas carry through to the textured, concentrated palate. A wine of bitter intensity and shapely drive. Vinified in a mixture of 500L demi-muids (one of which is new) and barrels.

The domaine’s Montpalais, made since 2016, is not quite 0.4 hectares and is planted with 10-15 year-old vines. There is around 10% Chardonnay Muscaté here, a clone with a floral, exotic edge, bringing a little aromatic flair. Perfumed white flower aromas lead into a salty, fine granular palate with weighty peach fruit behind. According to Pierre, this is where the warmer north of Rully meets the cooler south.

2019 is Domaine de Villaine’s second vintage of Les Cloux. 1.11 hectares, in two steep east-facing plots, with deep stony clay-limestone soils. Pierre confesses this is a favourite, with a “silhouette of Puligny-Montrachet”. Highly classical aromas of white peach and flinty minerality. The palate is fresh and vivacious on the entry, with taut acidity and fleshy pear fruit. Elegant and finely textured. Aged in two-year-old oak foudres.

2019 is Domaine de Villaine’s second vintage of Raclot, which previously formed part of Domaine Saint-Michel. A 0.42 hectare plot, the oldest vines of which are 35-40 years old. A pure-fruited wine of startling clarity, in which tender peaches and white flower perfume are underscored by stony-mineral definition. Pierre describes this as a “romantic wine”. Vinified in one new demi-muid and old barrels.

As for Cloux and Raclot, 2019 is Domaine de Villaine’s second vintage of Rabourcé. This is a 2.36 hectare holding, spread over three plots. It is the warmest of the domaine’s Rully vineyards, with white clay soils. White peach and green melon aromas, with peppery spices. The palate is juicy and delectably fruit-laden, with a sprinkle of sherbet. One for the hedonists. Vinified in large old oak foudres.