2019 is a mouth-watering vintage in Burgundy. Thanks to the flexibility of our brilliant family of producers and the well-worn courier route from Burgundy to London, we have managed to taste widely and form a detailed view of it.

We are putting the finishing touches to an online ‘C&B Burgundy 2019 hub’, which will house our notes and prices, as wines are released. This and the main offer will be launched on Tuesday 12th January, followed by our usual standalone releases, which as always will run through to April.

Below is a look at the 2019 season and wines – there are more than a few reasons to get excited as you head off (or more likely stay put) for the Christmas break.

2019 was a crop of low yields and thick skins, which has made for wonderfully tactile wines, whose generosity of fruit and richness of extract is matched pound for pound by their brightness of acidity.

Vintage comparisons at this early stage involve a fair amount of guesswork (let’s be honest), but there are parallels with the freshness of 2017, the dry extract of 2015, the low-yield texture of 2012 and the concentration of 2005. It is, in short, a very exciting and particularly ‘Burgundian’ year, in which terroir shines though. 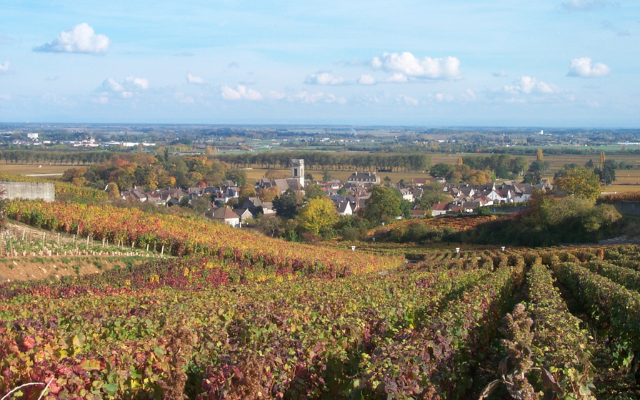 I am aware that these blow-by-blow accounts can be terribly dull, so this is a loosely chronological trip through the 2019 season, grouped around the main defining factors of the vintage. It is based on the individual reports of our growers (emailed and verbal and, in some cases, extremely detailed) and the wealth of (reputable) online comment and analysis, which is one of the few things to have flourished during the pandemic.

Rainfall during the crucial growing months of April to August totalled 240mm in 2019, which is below average (275mm in 2018, for example), but not drastically so. The moisture was evenly dispersed across the season, without episodes of heavy rain, although there were significant variations from village to village.

A mild February (an early start)
February was unusually mild, over 2˚C above the long term average, with a record high temperature on the 27th of the month. This woke the vines early and allowed them to get a head start during a fine March.

Frost around bud-burst (low yields, thick skins)
Colder, more typical temperatures returned from 5th April, with the first of five frosts (5th, 13th, 14th, 15th April, then 4th/5th May). These hit the earlier budding Chardonnay particularly hard, notably in Saint-Aubin and Chassagne-Montrachet, as well as the Bourgogne-level vineyards of the Côte de Beaune, the Mâconnais and Moulin-à-Vent. A period of nervous vigilance, requiring the full anti-frost arsenal of portable burners, wind turbines and vine coverings. 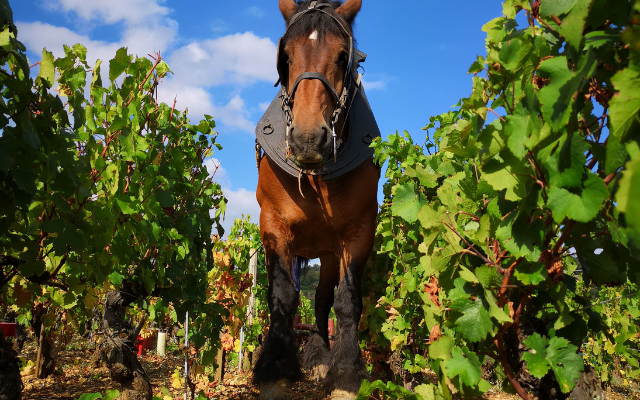 Heat and light (plentiful)
Flowering was relatively late, mostly occurring in June. As Guillaume d’Angerville of Volnay’s Domaine Marquis d’Angerville related, “Flowering in early June dragged on a little and we lost a bit there – probably the main reason the crop is down 30% compared to 2018.”

June and July were intermittently very hot, with heat spikes over 40˚C at the end of each month, resulting in some grilled bunches. August was cooler, with some rain which eased through the final ripening, before early September warmed up again. From April to September, there was 15-20% more sunshine than average across the Côte d’Or, with the average temperature in Beaune being 17.5˚C, versus an average of 17˚C.

Picking (no rush)
Harvest dates in Burgundy are now firmly in the grip of climate change. The traditional August holiday season is being squeezed, curtailing growers’ time on the beach. However, unlike the early 2018 and very early 2020 harvests, almost nobody picked in August in 2019.

The earliest started around 3rd September, with many in the Côte de Beaune and Côte Chalonnaise opting for the end of that week or the week beginning Monday 9th. In the Côte de Nuits, Friday 13th was chosen as an auspicious start date by several. Only a few fell into the second half of the month, but well before the rains at the end of September.

Vinification
Fermentation was more straightforward than in 2018, with most ferments proceeding smoothly (despite high sugar levels), accentuating the pure fruited character of the vintage.

Alcohol levels can be relatively high in 2019, both in whites and reds, although some are actually lower than in 2018. This is part of the brave new world of climate change and like it or not, is here to stay (just as routine chaptalisation is thankfully no longer necessary). In this regard, balance is everything and we found alcohols to be perfectly acceptable among ‘our’ growers.

Whole cluster vinification remains in vogue, aided by the warmth of recent vintages, ripe stems bringing a delightful spicy, exotic character and bright strawberry aromas. It can also reduce alcohol and, despite marginally lowering the acidity too, paradoxically tends to increase the sense of freshness.

What does all this mean for the finished wines? Below are a few themes which crop up repeatedly in our tasting notes. 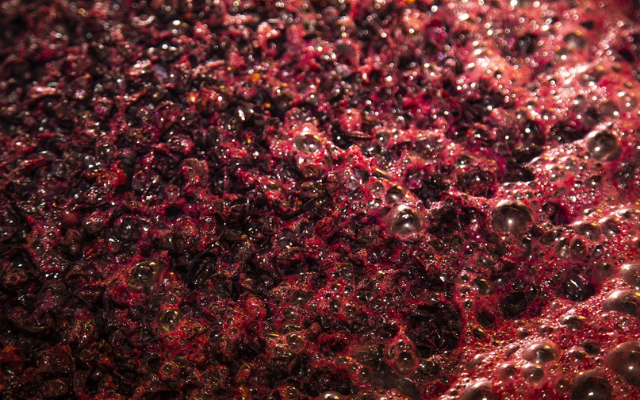 Tactile wines, wines of substance. Aside from the sparsity of grapes, as mentioned there was a lot of millerandage in 2019, again caused by the cool weather at flowering. These small, relatively thick-skinned millerand berries resulted in intense wines. A pervasive sense of substance, or ‘extract’, is the first defining stamp of the 2019 vintage. Although tannin levels were technically high, there is a real elegance of tannin, aided by the absence of real hydric stress in 2019.

Richness of fruit. This can be attributed to a summer that was around a fifth sunnier than usual, with heat spikes in late June and late July. Maximum temperatures exceeded 40˚C, resulting in some sunburnt bunches. Unlike the relentless heat of 2018 though, in 2019 it came in short bursts.

Fresh acidity. This respite between the heat peaks made it possible to retain acidity in the grapes, in particular the tartaric acidity, as Nadine Gublin of Domaine Jacques Prieur told us. Perhaps even more important were the low yields, which resulted in a concentration not just of flavour and phenolics but of acids too. Domaine Leflaive’s 2019s have higher levels of acidity than their 2017s, which are widely lauded for their freshness.

Terroir expression. There is a crystalline essence to 2019’s fruit which, for all its richness, substance and power, gives full rein to the nuances of terroir. Above all, this is what we (or I, at least) long for and what Burgundy does so well. 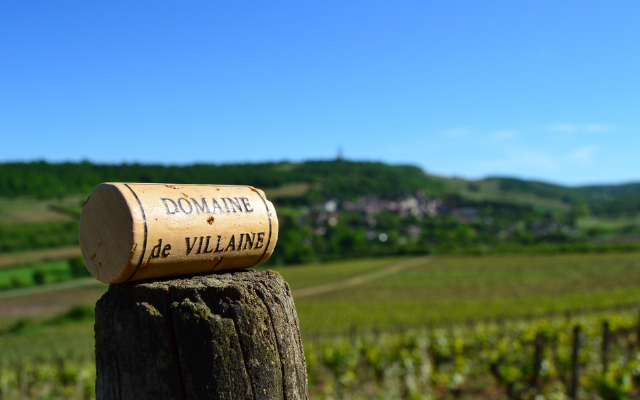 So, a vintage in which the white wines are not just better than expected but are really serious propositions, their textured assertiveness refreshed by taut, zippy acidity. Think of 2017, with a touch more ripeness and yellow fruit. In Chablis, the classic mineral expression (oyster shells and so on) is very much present, along with a riper honeysuckle aspect.

The red wines can be very aromatically expressive – roses and violets – with the often rich palate fruit enlivened by zesty citrus flavours. Guillaume d’Angerville called them “graceful and poised” and invoked 2009 and 2010 as vintage comparisons.

Importantly, there is depth of quality, from the regional and village wines upwards. A vintage to buy at all levels and one which at the top end will go the distance and make for fine old wines.

It turns out that as well as a virus, 2019 produced some truly lovely Burgundies.