“To make a wine like Pingus 2017 in such a difficult year is a result of a top terroir worked in a specific manner over many years . It is a combination of man and the magic of site.”
Peter Sisseck, June 2018

As a boy of around 12, Peter Sisseck visited his uncle – as it happens a great friend of Corney & Barrow – Peter Vinding-Diers, who was then making wine in Bordeaux.

Returning to school in Denmark, our Peter (nicknamed Pingus) had already, somewhat incongruously, resolved to become a winemaker. The aspirations of youth are largely fleeting but Peter remained resolute. After stages in Bordeaux and California he travelled home to study agriculture in Copenhagen, before returning to Uncle Peter, from whom he amassed hugely useful vineyard and cellar experience.

In time, becoming a little restive, Peter sought to broaden his horizons and to learn more. Uncle Peter suggested his travelling to Spain to assess a project he knew about in the relatively unknown Ribera del Duero. Unbeknownst to anyone, the die was irreversibly cast. In 1990, Peter was appointed technical director of what was then a rather chaotic association. As a young Dane, he was unable to speak the language, schooled only in the traditional winemaking of Bordeaux.

Fortunately he was perhaps shielded from the extent of the challenge by sheer naivety, borne of youth. In fact, Peter was ideally placed to research the Ribera del Duero region. The arid, dramatic beauty of the hard and rugged landscape and the wonderful, indigenous old vines really captured his febrile imagination and earned his uncompromising respect. Peter developed an inner certainty that the area had the potential to produce exceptional wines.  This tiny germ of an idea finally blossomed, bolstered by the discovery of some perfectly-sited old vineyards in La Horra. The dream would become a reality in Pingus – the product of these ancient, gnarly, limited production vines. 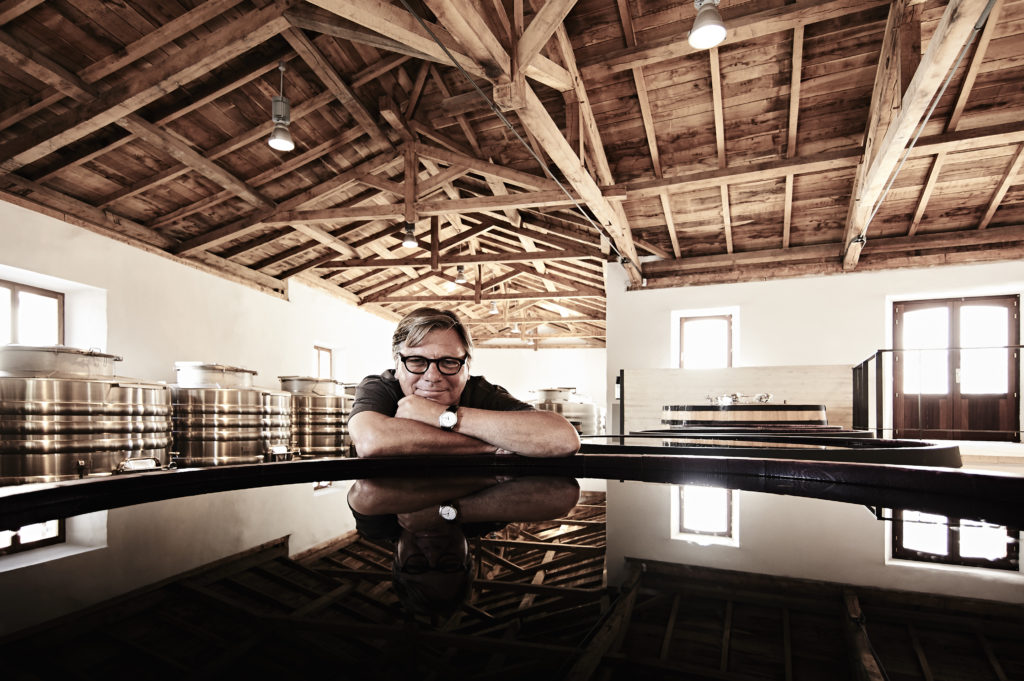 Peter’s cellar space has been transformed over the years from a corner of another producer’s warehouse to a wonderful site. On the bank of the river, at Quintanilla de Onésimo, sits his cellar over which he can exercise complete control.

From the outside, the building is simple and traditional, yet those outer walls frame a winery of inspired vision and complexity. The pristine, whitewashed walls of the upper cellar make for an almost monastic feel. The fresh morning air flows freely through wide open windows, which look onto an inner courtyard, cooling the cellar naturally, before the sun is too high. The place is immaculate, housing large, open-topped vats and glistening stainless steel. Below, a surprise is to be had in a very rare, underground, vaulted barrel cellar. Originally built in 1832 the cellar was hidden for years before being beautifully restored by Peter.

Returning to ground level, across the courtyard, we find rather chic offices and a state of the art laboratory. One area here is dedicated to the preparation of biodynamic treatments. This juxtaposition of traditional and modern is of course extremely apt, as it reflects the style of Peter Sisseck’s wines, all of which have a very modern look and feel, whilst retaining classical balance at their core.

We are now delighted to present Peter Sisseck’s portfolio from the 2017 vintage – three exceptional, inimitable wines which are so true to their origins. 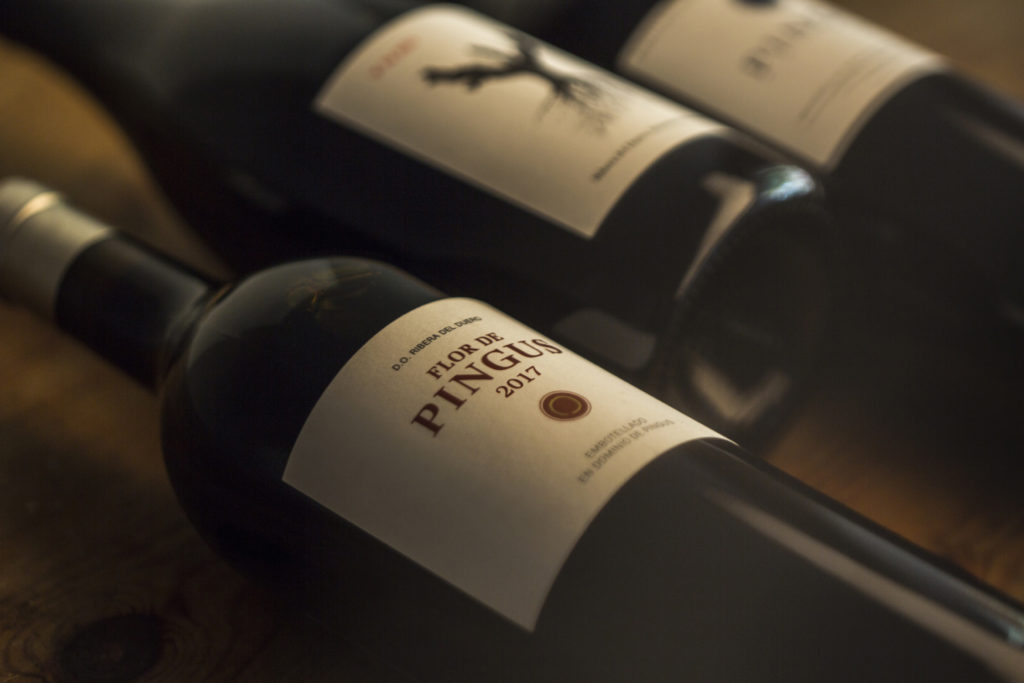