Around the World with Corney & Barrow: Rhône

With such diversity of geography, climate, grape variety and above all, vineyard husbandry and winemaking talent, it is incredibly difficult (some would say impossible), to make generalisations about any of the great wine regions. This is particularly true for the Rhône valley, where the diversity of terroir is so pronounced that any broad brush stroke would simply mislead.

Often perceived as big and powerful, the reality is that there are wines as fine and elegant as top Burgundy and equally might present the majestic complexity of the very best of Bordeaux. Today’s Rhône valley winemakers understand their vines and their vineyards. The more recent generation will have travelled and experienced different winemaking techniques both in other regions of France and overseas. Indeed many of them now have their own interests and vineyards in foreign climes.

It is to individual growers and winemakers that one must turn to unearth the very best of the Rhône, the complexity and personality of individual wines.

Michel Tardieu is one of a kind. Based in Lourmarin, on the fringes of Provence, he has created a business based on an intimate knowledge and understanding of and, most important, access to incredible parcels of old vines. These are sourced from Rhône vineyards which span 300 kilometres, from Côte-Rôtie in the north to Bandol in the south. 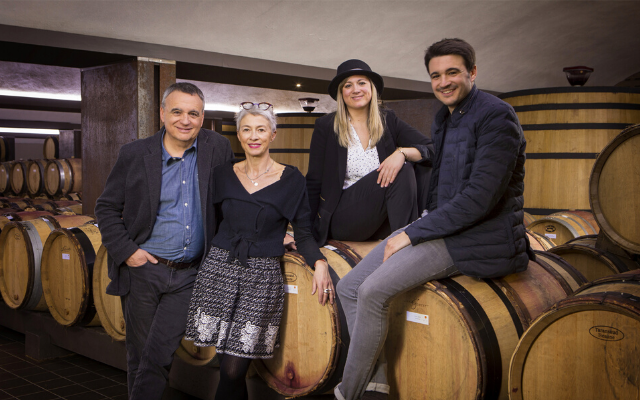 This intricate patchwork of longstanding relationships with small, family-run growers must be a nightmare to juggle. Yet somehow Michel, now joined by his oenologist son Bastien manage it, with astounding results. Their main ambition is to produce wines which accurately express both the character of the vintage and a sense of place. Tasting so many wines in one hit would be much more challenging were the individual terroirs not to sing.

White Rhône in the past has a tendency to oxidise prematurely – not so here. A blend of 30% Viognier, 30% Grenache Blanc, 15% Roussanne, 15% Marsanne, 10% Clairette, this offers zippy, green citrus fruit and fresh, clipped acidity make for a benchmark easy-drinking white Rhône. It spent six months in concrete, with no oak, so is super-fresh, before being given a very light filtration, with no fining.

Saint-Péray is a tiny appellation, the most southerly of the Northern Rhône, contiguous to Cornas to the north. On the Right Bank, across the river from Valence, the vines are planted on steep terraces of limestone, clay-limestone and granite. The wines of Saint-Péray do not really receive the recognition they deserve. Perhaps due, in part, to a well-known wine writer Rhône apologist rather writing them off, they offer tremendous value.

Bastien Tardieu calls this ‘the little Hermitage Blanc’. 50% Marsanne (50-100 years old) and 50% Roussanne (over 40 years old – the finicky Roussanne is rather uncommon in the northern Rhône so this is a treat). 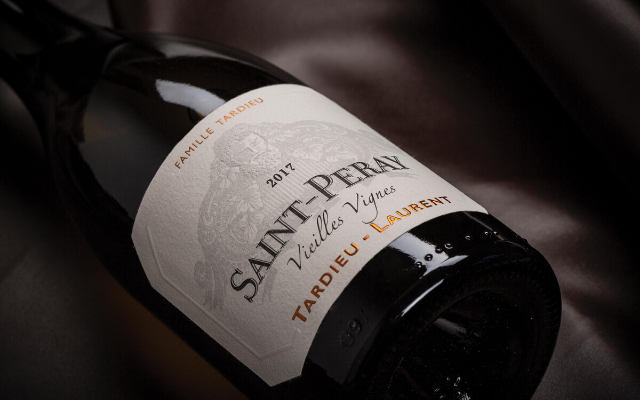 A wonderfully spicy/smoky nose, with pastry notes and a nutty breadth. Yellow flowers. The palate is tangy and concentrated, combining impressive weight with a highline of acidity. Tangerine rind, orange zest, with salty, oyster shell minerality. The Tardieu’s translation of 2017 combines generosity, freshness and minerality, with consummate personality…something of a ‘nod nod wink wink’ insider’s wine.

Within the village of Gigondas, in the southern Rhône, there is a family-owned estate, the Faraud family, in existence since 1840. Now it is run by 5th generation sisters Delphine, Cendrine and Roseline, under the watchful eye of Papa, Michel Faraud.

The vineyards span some 16 hectares over around 20 parcels across the Gigondas appellation, at the foot of the picturesque Dentelles de Montmirail. The vines, largely Grenache Noir (70%) with Cinsault, Syrah and Mourvédre in support, are planted on a mix of clay-limestone, marl, sand and pebbles. The average age is 40 years with some around 70 years – this explains the intensity of the wine. 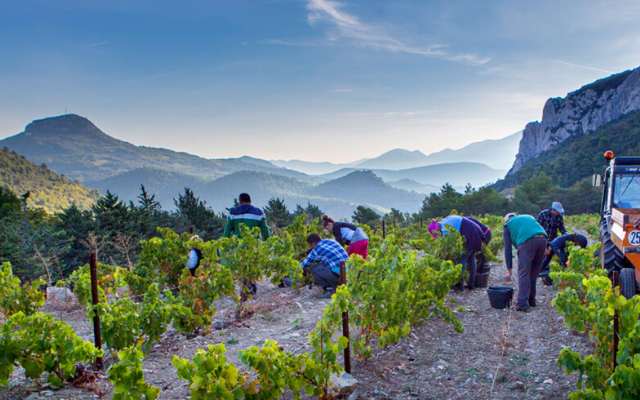 Yields are tiny, much lower than the appellation rules allow, all hand harvested. Fermentation and maturation take place in traditional, large oak foudres and the finished wine is neither fined nor filtered, giving a real sense of purity.

This Gigondas exudes fresh fruit notes, cherry and blackcurrant underscored by hints of undergrowth, pepper spice and basil, mineral and precise. The palate echoes the aromatics of the nose, set within a powerful frame, supported by fine silken tannins.

We are very clear about our own label wines. If the bottle is emblazoned with our name then the wine and its back story must conform to our values. We had worked with the Gonnet family for many decades – so we know them well – before we decided to bottle under our own label.

There have been vines since Roman times at this magnificent family Domaine, developed in 1950 by Etienne Gonnet – one time mayor of the village of Bédarrides, where the cellar is housed, and father of current owners Jean and Michel Gonnet. For over 30 years, Jean and Michel have overseen operations, constantly improving their winemaking methods to develop full-bodied, concentrated wines which express their terroir perfectly. Today, their sons Guillaume and Bertrand bring their own skills and international experience to the Domaine.

The vineyards are situated on the right bank of the Rhône at Domazan in the Gard. This exceptional terroir resembles Châteauneuf-du-Pape for the most part, with similar soils (with the classic ‘pudding stones’) and exposition, and the climate is Mediterranean, warm, sunny, dry and seasonally influenced by the extraordinary Mistral wind. 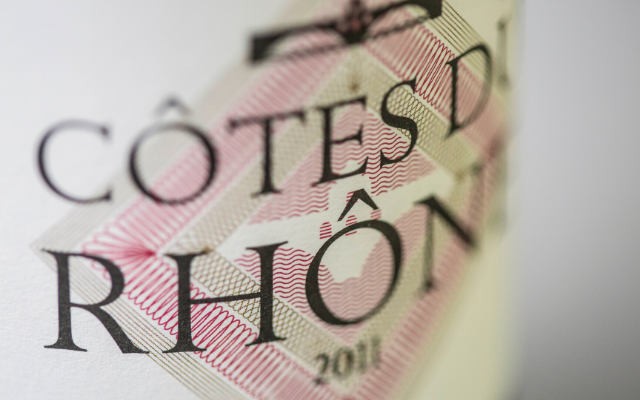 Our wine is a blend of 70% Grenache and 30% Syrah, the grapes having been harvested and selected by hand. The resulting wine is aged for 12 months in oak barrels, which adds complexity and flavour.

This is a beautiful, garnet red in colour with violet, chocolate and dried herb notes on the nose. More of the same on the palate, balanced perfectly with spicy liquorice, dark fruit and a fresh acidity. Rustic, yet elegant on the finish, this wine is exceptionally well made.

Crozes-Hermitage is situated in the northern Rhône, on the east bank of the river, surrounding the highly regarded Hemitage appellation. The quality of wine is definitely producer-dependent. Whilst the soils and aspects will never rival Hermitage itself, the wines can be much more accessible in youth, delft and delicately spiced. Guillaume Belle had been inspired by wine since his youth. Having studied in Avignon and done various stages he returned to the family domaine in 2010, gleaning further education from his father Philippe.

There are now 6 hectares, split between Beaumont-Monteux in the southern part of the appellation & Larnage, just above the town of Tain l’Hermitage. The vineyards are farmed organically. Guillaume’s passion for promoting sustainability has led to him investing in parcels of abandoned land within the Crozes-Hermitage region to grow grapes for this wine. 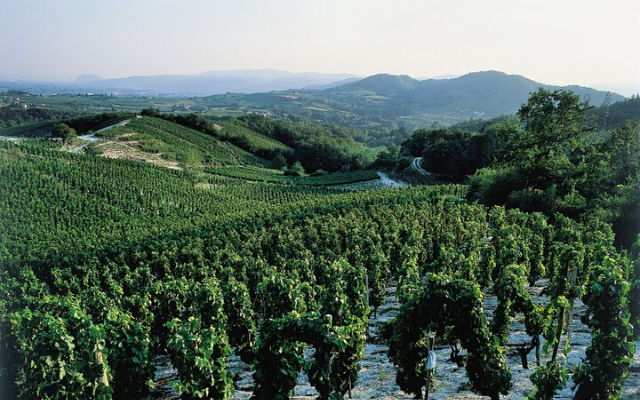 The wines have been organically certified since 2014. The climate is warm, sunny and dry, influenced, depending on the year, by the famous Mistral wind. There are two main soils. There is gravel-sand, covered with the regions famed galets, the poor nutrients in the soil forcing the roots to delve deeper – making for greater intensity and complexity.

Further north there is a white clay/limestone, unique to the appellation, again contributing to the personality of the finished wine. 80% of the must is aged in concrete tanks – ensuring freshness and 20% in 2-3 year-old oak barrels for 6 months, which makes for a rounded texture rather than oak character per se.

This is 100% Syrah, rather fruit forward and modern in style whilst maintaining classic Rhône aromatics, violets, dark fruit, pepper spice and that particular aroma of garrigue (essentially Mediterranean scrubland).

Châteaneuf-du-Pape is often rather disrespectfully referred to, by wine students as Newcastle on Pope, but it’s not so far from the truth. In 1308, Pope Clement V relocated the papacy to Avignon, about 12km south of Châteauneuf. Apparently he was rather fond of the wines of Burgundy further north, the local wines at that time being rather rough. His overall interest in wine resulted in improvements in viticulture from which we benefit to this day.

Château Beauchêne is owned by the Bernard family, established in Orange in the middle of the 17th Century with their very first vineyard, acquired in 1794 by Jacques Bernard, still in use today. Michel and Dominique Bernard currently hold the reigns at the property alongside their eldest daughter Amandine – truly a family affair – driven by a passion for their land and the wines produced therein.

Their vineyards are certified as H.E.V. ‘High Environmental Value’. Sustainable farming methods are used to minimise chemical treatments, thus preserving the biodiversity and soil balance and improving the core health of the vines. 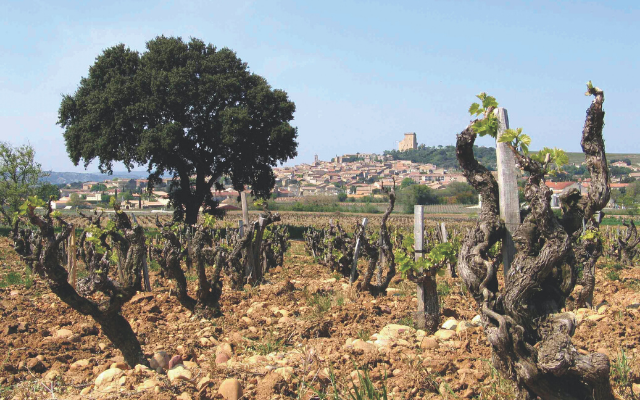 The family currently has 77 hectares under vine, spread over Châteauneuf-du-Pape, Côtes du Rhône Villages and Côte du Rhône appellations. We have worked with the Bernard wines for many, many years and have observed a tremendous improvement in what was already pretty impressive quality. There is a marriage of contemporary and ancient which adds character. Ancient vines deliver intensity and character.

In the case of Châteauneuf, vines of between 80 and 100 years old are planted on alluvial soils, with red sandy clay and rounded pebbles – well-draining. The blend is 80% Grenache, 10% Syrah and 10% Mourvèdre.

Thence to the modern: a state of the art cellar, glistening with temperature controlled stainless steel really gave a boost. Completing the picture is the Château itself, bought by the family in 1986. Built in the 18th Century, many historical artefacts have been found on this beautiful site, which adjoins a 12th Century farm. The Château’s old, vaulted cellars allow for perfect ageing conditions, 12 to 18 months in French oak. The resulting wines is rich, concentrated and rich in seductive fruit and touched by spice.