The 2021 vintage in Burgundy will be remembered for its three nights of intense frost and snow, from 5th to 8th April. Temperatures dropped several degrees below zero, shortly after a summer-like period in mid-March which had coaxed the nascent buds into early development. The result, particularly pronounced in the earlier-budding Chardonnay, was widespread crop loss. Some vineyards in the Côte de Beaune lost almost everything.

But don’t stop reading here! Skipping to the end – to the wines themselves – I can reassure you that there are some truly lovely 2021s. Small but beautiful, and something of a throwback to ‘pre-climate change’ vintages. Fresh acidity, moderate alcohol and above all, a marked sense of place from plot to plot. Wines to drink before your 2020s and 2019s perhaps (why wait when they’re so joyful in youth…?)

As Guillaume d’Angerville, of Domaine Marquis d’Angerville, said, “People who have discovered Burgundy in the last 20 years will not know this type of vintage – that is what makes it unique and fascinating.” 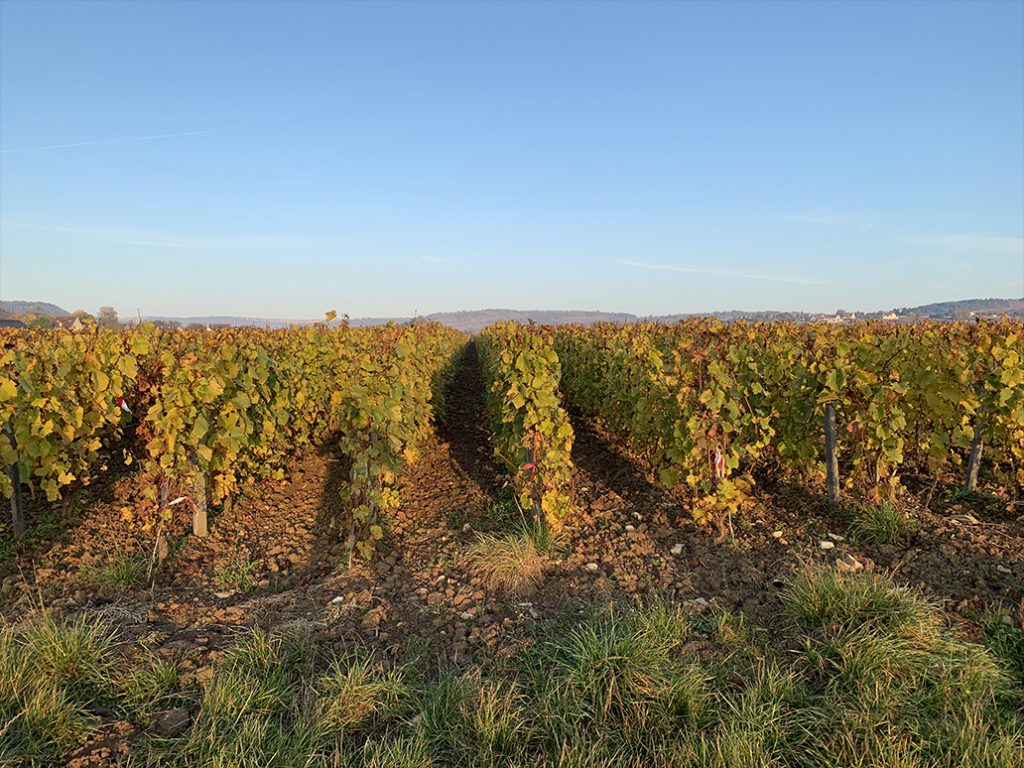 The scene was set by a mild and sunny winter. Mild winters seem to be more and more common (although 2022-23 may yet buck that trend). The high temperatures of mid-March (25°C) led to rapid budbreak at month-end. At this stage, the vines were almost on a par with the very early seasons of 2019 and 2020.

Then, however, as Domaine de l’Arlot’s Géraldine Godot put it, “Everything changed in the course of one week, with three consecutive nights of frost.” In places, temperatures fell to -8°C, for almost 11 hours. It was, in William Kelley’s words, “a winter frost, in spring”. The best that could be done was, with almost painful symbolism, to light candles (‘bougies’) in the vineyards, to fractionally raise the temperature of the immediate vicinity.

Although the candles probably worked to an extent, like King Canute and the tide, it was a losing battle. Marion Javillier, of Domaine Patrick Javillier in Meursault, who lost 50-80% of their crop, said, “Even my father has never seen a vintage like 2021.” Hopes for a second generation of buds largely came to nothing. 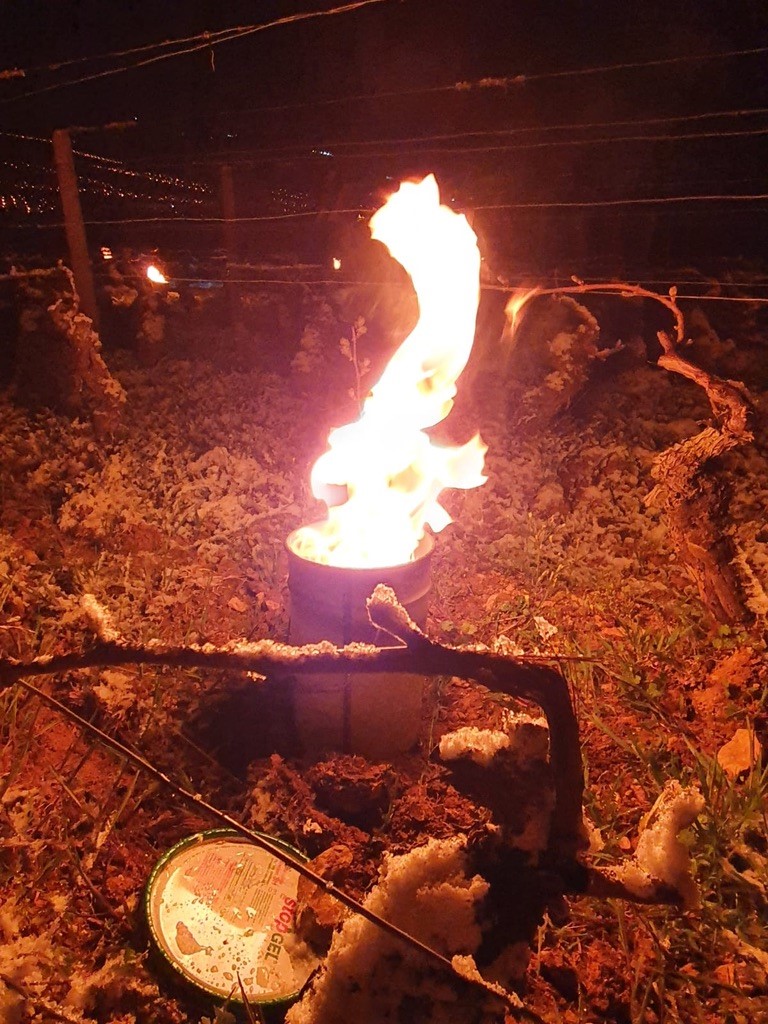 Up in the Côte de Nuits, despite scatterings of hail, there were occasional exceptions: Clos de Tart managed to produce a significantly larger crop in 2021 than in 2020. Go figure…

Following the frost, vine growth slowed dramatically amid cool, rainy conditions in April and May. The first green shoot in Domaine Javillier’s Meursault Les Tillets was not seen until “the end of May/beginning of June”. The rhythm only properly resumed amid warmer spells in June. These were erratic however, interspersed with storms. A short heatwave from 15th to 19th June kick-started flowering, which was completed rapidly (in barely a week), with the bunch closure stage reached around mid-July.

July, described by Domaine Leflaive’s Brice de La Morandière as “gloomy and often rainy”, brought a malevolent surge of mildew pressure. The terrible twins of powdery mildew (oidium) and downy mildew were a nagging threat. As Géraldine Godot said, they “struck late but fast, forcing us to keep up a steady pace of treatment until mid-August.”

The second half of August saw the long-awaited re-emergence of the sun, along with a significant rise in temperatures. Things were finally looking up: this run of clement weather lasted throughout the first half of September, allowing the ripening process to catch up.

Picking was inevitably a compromise between descending acidities, creeping ripeness and the simmering threat of rot and mildew. Some rain around harvest served to further lower the acidities. The peak harvest period was the week of 20th September – around a month later than in 2020 and at many estates, the latest vintage since 2011. The grapes were relatively small, with a high skin-to-juice ratio, resulting in wines of texture. Thanks to their high levels of malic acid, there is a nice tangy freshness to the wines. 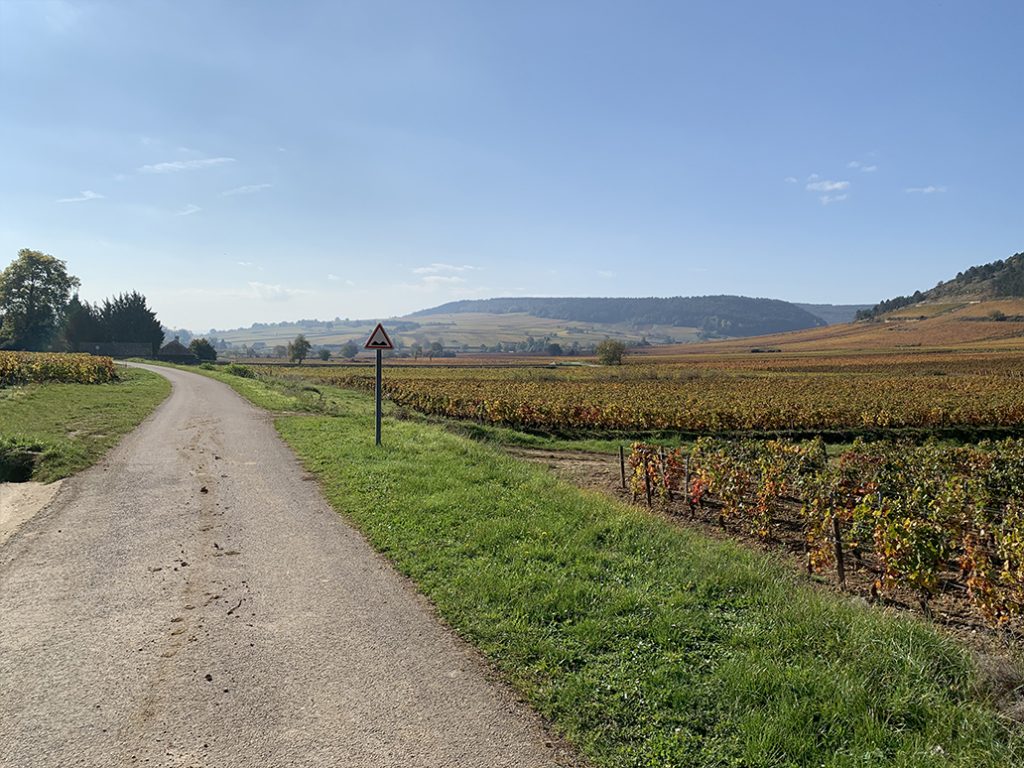 The comparison vintages game is a stab in the dark at the best of times but 2017 is perhaps the closest modern equivalent, for its freshness and approachability in youth. For me, the best 2021 reds are a cut above 2017 though, the transparency of terroir really setting them apart. Other vintages to bear in mind might be 2013, 2008, 2001 and 1996. There is certainly a total absence of ‘global warming characteristics’ – the fruit veneer and palate slickness that can accompany warmer summers.

As for themes or lessons from the 2021 season, the old Burgundian adage about pruning in March being best has never been truer than in this devastating modern pattern of ‘warm March followed by frosty April’. Pruning late may well be best but, for most estates, it is impractical to start in the new year, as it is a slow, methodical job (and there is a shortage of labour in the Côte d’Or).

Joining candles in the anti-frost arsenal are the innovation du jour, heated wires, which run along the vine rows – basically underfloor heating for vineyards. These are currently permitted but are not uncontroversial, from both an ecological standpoint (they require bulky, noisy generators) and from the perspective of site typicity (do they alter the terroir?)

Whole bunch fermentation, which is generally on the rise in Burgundy (and largely employed to good effect in my experience), was used more sparingly in 2021. This was mainly due to the lower ripeness levels, with possible mildew on stems a secondary consideration.

The malolactic fermentations in 2021 were generally later and slower than in 2020, due to high levels of malic acid. Growers seemed largely unconcerned about this, however.

Extraction tended to be even gentler than usual this year, as producers did their best to avoid releasing any vegetal or underripe characters into the wines. Very occasionally, this was perhaps carried too far, with a resultant lack of mid-palate presence.

It could be challenging to tailor available new oak barrels to the diminutive quantities. If you are only making one barrel of a wine, it becomes a choice between 100% new oak and zero… 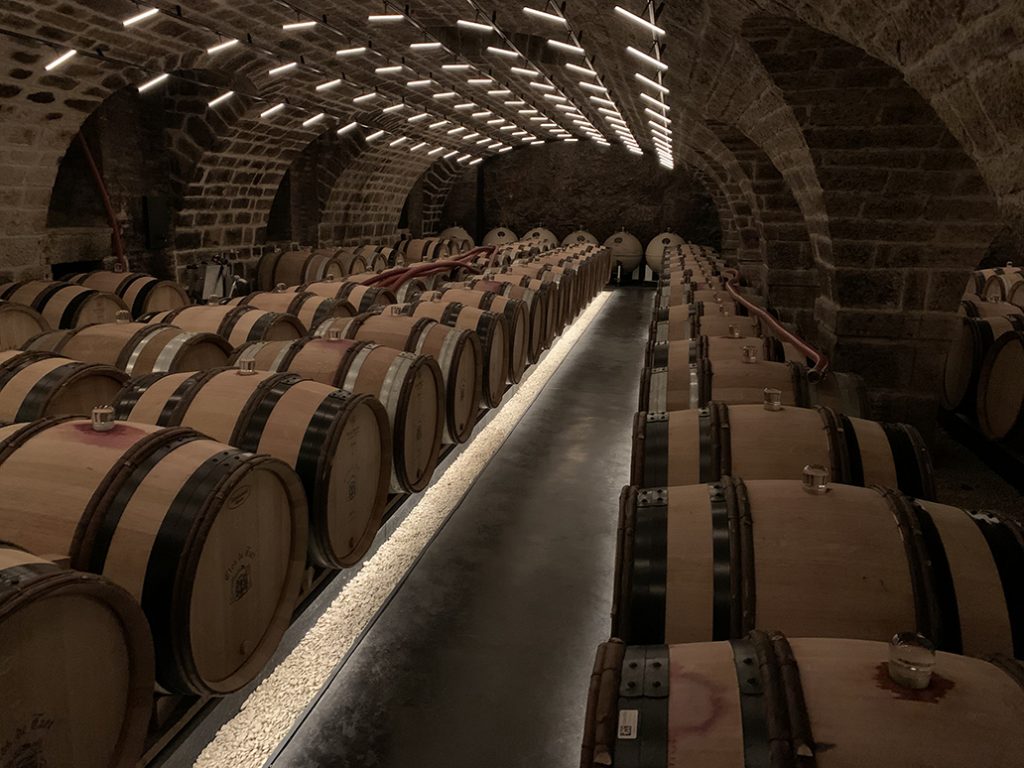 We are expecting lots of demand for the 2021s. That is as it should be – there are many vibrant, transparently lovely wines among their ranks. Prices are still coming in at the time of writing but will certainly be up somewhat. That is partly due to dramatically reduced supply, in all tiers of Burgundy, not just at the rarefied domaine-owned end of the market in which we are lucky enough to find ourselves. As the vintage is so tiny, we are not going to hold our habitual January Burgundy tastings this year – it simply didn’t seem fair to ask growers to go to the time and expense of travelling, in order to show wines which few customers will be able to buy… However, we will be back with a vengeance in January 2024 to show the much more plentiful 2022 vintage. As ever, please give us a call or drop us an email. We look forward to raising a glass together to a new year and a new Burgundy season.

For further information visit our Burgundy Hub for more information about our producers and 2021 vintage releases.  This will updated in the new year with additional insights and release prices.